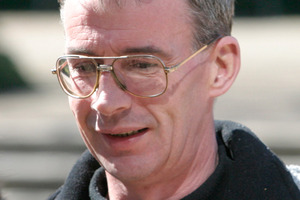 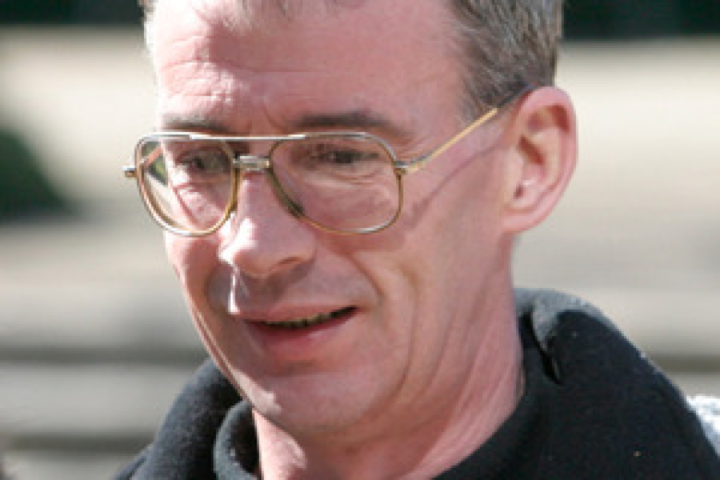 Peter Hugh McGregor Ellis a man who has suffered greatly at the hands, not of a corrupt judiciary but thoroughly corrupt Kiwi politicians.

Today marks another milestone in the depravity of New Zealand’s politicians, be they elected or list MP’s. National Party justice Minister Amy Adams, a woman who is frankly out of her depth in the Justice portfolio has become the second justice minister to dodge a bullet, the Peter Ellis Christchurch Civic Creche case.

The political dimensions in this particular case are like no other in New Zealand’s judicial history, a fact that clearly was not lost on Adam’s when she decided, as have so many others before her, to avoid temporarily what can only be an inevitability, certainly given time – the establishment of a royal commission of inquiry. 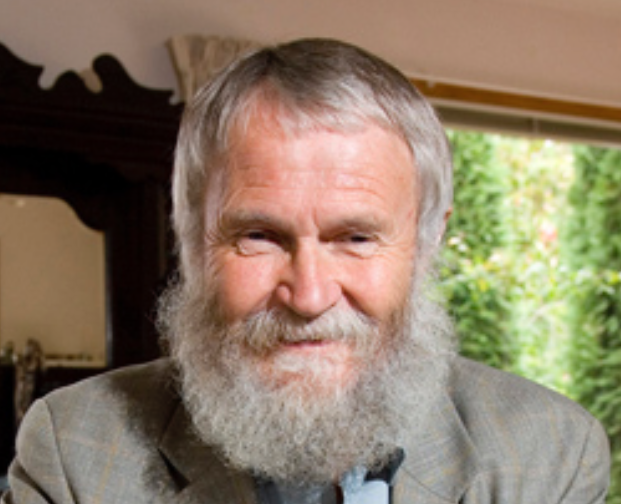 Counsel for Peter Ellis, Nigel Hampton QC. Nigel Hampton has not always been on the right side of the truth either, having defended one to many thoroughly corrupt Christchurch cops in the past.

Today’s outrageous government announcement was sadly marked by little more than a couple of press articles, the New Zealand Herald’s below;

Convicted sex offender Peter Ellis will consider an appeal to the Privy Council to clear his name after a request for a Commission of Inquiry into his case was today rejected by the Justice Minister.

The former Christchurch childcare worker was convicted of child sex abuse in 1993, but has always maintained his innocence.

He was sentenced to 10 years in prison, and since then his convictions have been the subject of extensive legal battles, including two appeals, an inquiry by former Chief Justice Sir Thomas Eichelbaum and two overseas experts, and a 2003 petition to Parliament.

In 2008, a similar request for a Commission of Inquiry was rejected by former Justice Minister Simon Power.

Justice Minister Amy Adams today announced his latest bid for a Commission of Inquiry had been turned down on the basis that an inquiry could not be used to determine the liability of any person.

Mr Ellis’ lawyer Nigel Hampton QC, said his client would be “somewhat disappointed” by the decision.

“But it doesn’t shut all the avenues, he’s still got the ability to appeal to the Privy Council. And the other principal alternative is to again renew an application to the Governor-General for the exercise of the Royal Prerogative, which would lead, if successful to a further hearing in the Court of Appeal,” Mr Hampton said.

“Those are the two avenues open to him still, and they are the ones that we will be discussing with him and deciding on in the next little while as to which avenue we’ll follow.”

It would be two to three months before the team make a decision, he said.

The case was a “political hot potato” that successive ministers had tried to avoid, Mr Hampton said.

“I think it’s being seen in very narrow terms, and conveniently so,” he said. “I think politicians regard this as rather a hot potato and they’d rather not have their hands on it.”

He added: “It’s been on the desk of I think about seven or eight Ministers of Justice and it’s seen as being a political hot potato and the less a minister has to do with it the better it is from that minister’s point of view. So this [decision] really follows a pattern of previous conduct and attitude towards applications by Ellis or on his behalf.”

Despite that, Ellis was “still hopeful that at some stage in his lifetime his position will be vindicated and his name will be cleared”, Mr Hampton said.

Dunedin author Lynley Hood, who wrote the award-winning A City Possessed: The Christchurch Civic Creche Case, which looked at the Ellis case, said the decision by Ms Adams went to the heart of what is wrong with the New Zealand justice system.

“It’s very disappointing,” she said of the decision. “And it’s just another example of how the justice system seems incapable of recognising and correcting its own mistakes.”

Releasing her decision today, Ms Adams said she considered the public interest and legal issues before declining the request for an inquiry. She also said Ellis had not exhausted his right to appeal.

Dr Hood however, described this as a “cop-out”.

“The legal options never end, and this is part of the cop-out that the justice system uses when they say he has not exhausted his legal options,” she said.

“You can apply multiple times for the Royal Prerogative and go to the Privy Council, but they tend to get narrower and narrower, and they’re just saying, ‘where’s the new evidence?’, and the problem with the Civic Creche case is there was no reliable evidence in the first place.

“There have been numerous calls, including petitions to Parliament that were supported by a huge weight of legal authority, for a Commission of Inquiry led by an overseas judge to examine the whole case from beginning to end, because if you’re just looking for new evidence you can say, ‘well we looked at that back at the trial’, and so on, so you have to have fresh eyes looking at it and saying, ‘they got that wrong’.

“People have to learn from the mistakes that were made, and they never will if they pretend they can fix the problem by finding a piece of new evidence and saying, ‘oh if we’d known that this would never have happened’. That’s rubbish, because all sorts of things went wrong all the way down the track.”

The request for the inquiry was made by Dr Hood and former leader of the National Party Don Brash.

The Peter Ellis case stands alone in many respects. Probably the first is the deliberate manner in which the state has conceal the identities of at least two major political players. Now when we say political players we are not referring to politicians who were at arms length. We are actually talking about two politicians, National MP Nick Smith and NZ Labour’s Lianne Dalziel whose immediate families number among those who falsely pointed the finger at Peter Ellis, although the political interference gets much much worse. 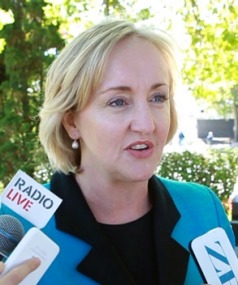 One family in particular involved in the strange sexual affairs that the investigating officer is known to have had with the complainants mothers. These facts have deliberately been hidden from the public.

Amy Adams and her crown law minions came up with the excuse that they could not entertain Peter Ellis’s application because;

a) it did not contain new evidence and an inquiry would not therefore be able to determine matters of guilt.

b) That Ellis had not exhausted appeal options within the legal frame work of New Zealand’s judicial system and the court of last resort, the Privy Council.

We here at LF believe that Amy Adams is completely wrong. That new evidence may well be forthcoming during a Royal Commission of Inquiry, evidence that has nothing whatsoever to do with Ellis but rather those responsible for stitching him up – surely that covers off on Amy Adam’s “issue of guilt” concerns.

Such an inquiry is the only place that the Ellis case can be looked at properly, principally for the reason that a Royal Commission would have the required powers to investigate well beyond the evidence educed at Ellis’s 1993 trial.

The powers available to a Royal Commission far exceed the scope available to any court, without limiting terms of reference, including the Privy Council and that is indeed what is now required so that the actions of those involved on the periphery of the Ellis case can be investigated and interrogated, the police, the Labour and National party political figures and others who played a part in pointing the finger, framing Ellis and setting free his fellow accused female crèche workers.

Not only was Peter Ellis the victim of a witch hunt, the well documented origins of which were in the United States, he was also the victim of a rabidly homophobic New Zealand police force, in particular the Christchurch constabulary. It was not just the completely fucked-up police officer responsible for the investigation, the rampant homophobic hatred went all the way to the top of the country’s police force.

Ellis was not alone in being victimized by police, a consequence of his sexuality, the police’s proclivity for such behavior during that period and prior is well known, again especially within the Canterbury and East Cape area commands.

What has however held justice Minister Adams and those before her back is not the falsely claimed issue of “law” or “public interest”, rather its the incumbent administrations very real fear that public confidence in the institutions of government would be seriously eroded if the whole truth ever become public Knowledge.

The other interesting dimension to the Ellis case is the fact that Ellis and his supporters have to date played by the rules, so to speak. Yet they have failed to make even a minor concession from an extremely small political élite who have to date been left to pull the strings.

In LF’s view the defense has failed simply because they have refused at every step of the way to put the boot in. They have been competing with animals, whilst incorrectly perceiving them to be something better, hoping that someone might just do the right thing.

It’s time for Ellis supporters to wake up, to start playing the game using exactly the same dirty tactics that successive governments of both the left and the right have been guilty of employing as the appeals for reason have fallen on deaf ears and collapsed, application after failed application.

Even the Dunedin academic, Lynley Hood, the woman responsible for the book “A city possessed” had been fair in the way she approached the evidence and the Ellis accusers. Her assessment in the Herald article above is correct, but far too polite.

So what will it take? Why has it taken so long? How can a justice system be so dysfunctional that it’s been allowed to completely ignore the bleeding obvious and of course best practice when approaching the completely unreliable evidence used to convict Ellis more than 22 years on?

Just what will it take to extract Peter Ellis from his nightmare, a horrendous seemingly never-ending cycle of legal abuse’s and injustice?

LF have long argued that the Peter Ellis case is the perfect example of the “softly softly” approach simply not working with the class of creature that crawls the corridors of New Zealand’s parliament.

Frankly, it was never going to work, destined to fail for the simple reason that it is not Peter Ellis’s guilt, nor his innocence, that the Crown are now concerned with – 22 years on its their own guilt and of course maintaining the public perception that its business as usual in the land of the long white shroud.

One look at the way this government has dealt with ex cop Mike Sabin’s sexual assault allegations should suffice as evidence of the complete political hypocrisy and ongoing corruption of the judicial process New Zealand’s politicians are prepared to engage in.