Re:  James Kenneth Cunningham Neuropsychologist and contractor to ACC

This organisation exists to investigate and prove allegations of corruption, abuse of power, and other wrongful actions committed by the state, servants of the state, the judiciary, the police, and legal  and natural persons.

Your organisation is contracted to a state owned enterprise (Accident Compensation Corporation) and earns what can only be termed as, (given the paltry average wage of a New Zelander), a massive income to determine the entitlements to benefits of injured persons.  In a nutshell you are paid by the person that can benefit in substantial terms if you decide that there are grounds to disentitle, or not entitle, and there in lies the “rub”.  Integrity has to be beyond reproach. 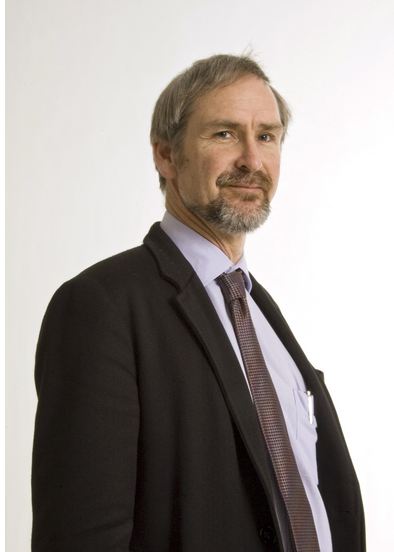 We can confirm that we can prove that James Kenneth Cunningham Neuropsychologist contractor to ACC, and partner in Monarch Psychology is a violent and dishonest person who evaded  prosecution for rape in the 1990’s and then did some sort of deal with the Prosecution (which we are investigating at the moment).

In the words of his lovely parents Ron and Marcia of Stratford Taranaki, their “troublesome” offspring skipped bail in London after being subject to extradition proceedings, and was a senior player in the corrupt Gisborne CIB that was subject to the most serious criminal charges possible against police officers.  Marcia confirms that she had put up the bail after her son had given undertakings to his parents to return to face the music.

As recently as last week Mr Cunningham denied being one and the same man, and your practice Manager Jan is also recorded as doing James “dirty work”.  Mr Finuncanes PA “Ange” has also subsequently denied any knowledge of Mr Cunninghams distasteful past.

This site has had its largest number of hits for a single release and expects the number of hits to increase exponentially once your reaction or lack of reaction to this open letter is made public.  Of considerable interest to us is the fact that a significant number of hits have come from as many as 11 separate countries [which again is a record for us].

We seek answers to the following questions;

Did Monarch know of Mr Cunninghams violent and dishonest past, inclusive of being charged with the violation of a lovely innocent young women whom received a payment from ACC for the act of unlawful sexually connection by James Kenneth Cunningham [now neuropsychologist of Monarch Psychologists]?

Did Monarch know of Mr Cunningham’s subconscious habit of carrying large baton shaped pieces of hardwood around [1 metre pieces of 1 inch hardened dowel], unlawfully entering peoples homes and bringing the safety of its occupants including a [defenseless 3 month old] infant into jeopardy; being prevented from carrying out the attack only upon the intervention of a senior uniform branch police officer? [reported in Sunday News, November, 1988]

If Monarch knew about Mr Cunninghams past why did its staff deny this when they were directly confronted.

If Monarch did not know about Mr Cunninghams past then why did it not respond to the inquiry as to whether or not they knew, in a civil manner, instead of hanging up when the inquiry was made.

Why did Mr Cunningham deny his past when confronted with it in a telephone conversation with one of his [assault] victims.

If Monarch did not know about the past of Mr Cunningham, and given his most recent deceit, what will you do about it, inclusive of whether you intend advising ACC and the New Zealand Psychological Society?

If Monarch did know about the past of Mr Cunningham was ACC also aware of it, with reference to how it was that they didn’t know about it, given their acceptance of the victims claims and the subsequent payment of a $10,000.00 benifit.

As qualified psychologists and psychiatrists do you not agree that a man who has admitted to carrying weapons such as a large dowel shaped pieces of hardwood as a “subconscious habit” and threatening young families whilst committing a home invasion should not be a Psychologist treating vulnerable patients who need protection from such persons with subconscious violent proclivities, and a man proven to have shafted his own parents?

As you will understand Lauda Finem know a little about the law both in New Zealand and in Australia [whereas it would appear that Mr Cunningham only knew how to frequently break it].  We have not thrown all of the cards on the table, so both Mr Cunningham and Monarch should be careful about causing further damage by being dishonest at this point.  We intend to further interview Mr Cunninghams victims, with their permission, placing those interviews on the net for comment.

Should no answers be forthcoming the world will rightly assume guilt.  Should an admission come forth with a denial of your knowledge of his past, Mr Cunninghams dishonesty will have been proven again as he denied it and has not informed you.

Should an admission come through that Monarch was historically aware, then any explanation would need to be in full, with an explanation of why Monarch decided to proceed knowing that a payment was made by ACC in acceptance of the victims claims.  This would not excuse his recent denial and the subsequent denials of your employee’s Ange and Jan.

What is obvious is that Monarch would be insane to deny what they now know to be the truth; Lets put any ongoing deceit out of it’s misery.

Lauda Finem and its global audience await your immediate response.  James should also be fully aware that everything that he did to ruin others lives will not continue to haunt him. It is our intention to offer him the opportunity of making full amends and putting things into perspective with apologies to his many victims.

WordPress terms of service prohibit the publishing of personal email addresses, unless they are already in the public domain – we abide by that rule.