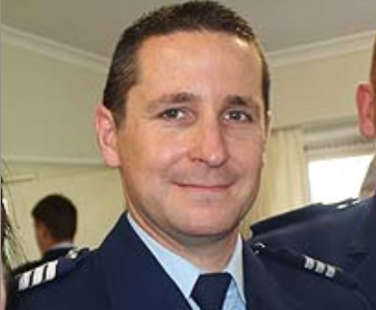 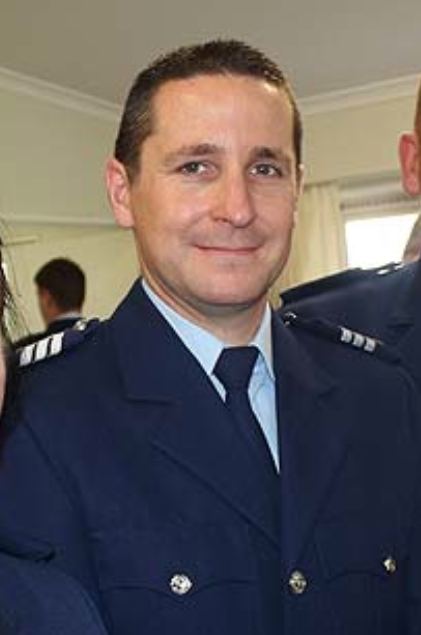 Sergeant Brent English – yet another Kiwi cop who has embarrassed the New Zealand Police force with what seems to be the systemic abuse of alcohol, predatory behaviour and sexual offending

Thrill seeking west Auckland cocksmith Sergeant  Brent “big Balls” English has been caught, again whipping out his bald headed yogurt slinger, in a moment of piss induced insanity for the edification, amusement and humiliation of junior female police officers and we suspect members of the public.

Unfortunately for the embattled New Zealand Police service its just another day and another sex offence in a long list of such conduct within a corporate culture of sexual deviancy, sex offences, violence, pack rape and chook fucking videos, that is endemic in a force previously ruled by an old guard of sex offenders who just love the uniform and of course their batons.

A criminal investigation has been launched contemporaneously with a disciplinary investigation. Police management cognizant that it maybe exposed in the media without the usual mainstream medias complicit spin, disclosed the investigation. The disclosure was with the complicit assistance of main stream sycophantic spin artists, the likes of low rent retard spin specialist Anna leask of the NZ herald. Leask spun the criminal investigation as “sex claims” – There is of course a phrase thats far more honest and accurate ‘Allegations of indecent exposure”

Anna Leask, the New Zealand Heralds perfect police apologist has warmed up the New Zealand populace by pre emptying the result of the police investigation to cover up this criminal coppers conduct. Leask revealing;

Of course reading between the lines Leask’s use of the phrase “several sources” simply means two or more employees of the polices media liaison office. Lets be clear about this people a member of the public and a policewomen have complained to police about this Sargent pulling out his cock in inappropriate circumstances (although we’re hard pressed to think of when it might be appropriate) moment and giving his old peacock a couple of loving strokes just to ensure it looked more impressive on display. Not appropriate at a formal police function let alone a cock tail party.

Statements and complaints have been taken so axiomatically prima facie there is enough evidence to lay criminal charges against Sgt Brent English, anything less is a standard police cover up.  The assessment of the evidence is for a Court to decide, not police spin doctors and their mainstream media cover up specialists. LF sought comment from Waitemata District Commander and cover up apologist Superintendent Bill “Bullshit Artist” Searle but as the Heralds Anna Leask also discovered:

Waitemata District Commander Superintendent Bill Searle refused to answer specific questions about the allegations, the number of complaints and the investigation. – NZ Herald 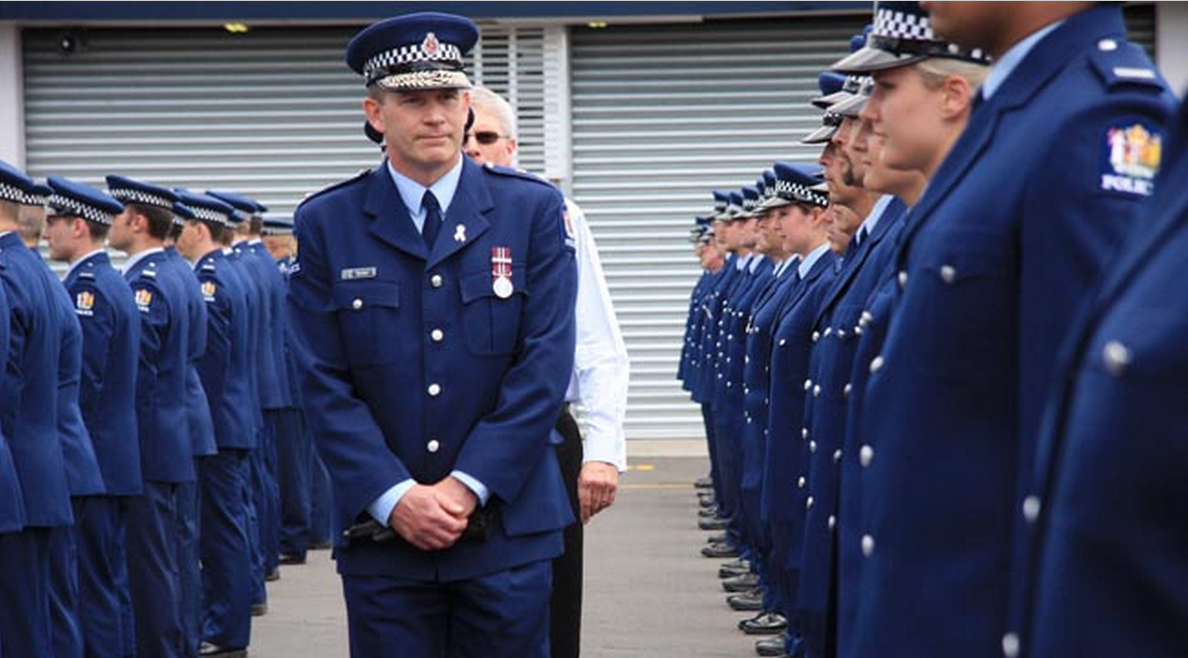 Waitamata police districts superintendent Bill Searle – Not one to miss a beat trying ever-so-hard to conceal his obvious delight with some of the talent amongst the ranks, especially the blonde chick (right foreground).

Not at all surprising really given some of the seriously negative media attention Searle’s front line troops and senior officers have been receiving lately:

In recent years several west Auckland Police officers have appeared in the dock on a variety of charges including assault, bribery and corruption in a drugs case, and providing contraband to prisoners – NZ Herald

Supt Searle was clearly far to busy ogling a line up of tasty young copper tottie and concealing the bulge of his police baton in his pants to notice the Heralds photographer capturing the moment. The conduct and rape culture within the New Zealand  Police optimised by the conduct of Detective James Kenneth Cunningham who sexually raped and violated a female unsworn police employee with his baton as did the likes of rapist coppers ex convicts Schipton and Schollum and undoubtedly many others who over the years have managed to have the allegations swept under the proverbial rug at PNHQ.

It is worth noting that Leask refers to the age and lack of experience of the complainant female police office….old enough we would have thought to know what a turgid tockler looks like…. Just not old enough to or experienced enough to know that being a victim of rape or sexual violation in the New Zealand Police service is part of the job description. So much so that most female Police fear bullying and reprisals;

An internal police survey has revealed significant concerns among the Bay of Plenty district’s female police staff around the reporting of workplace bullying and harassment.………..

A report on the findings highlights a widening gender gap and warns that bullying, harassment or discrimination could go unreported by female police. More than 40 per cent of Bay of Plenty female police staff do not believe workplace harassment and bullying would be dealt with effectively.

About 60 per cent said they felt they could raise these problems without fear of reprisal. – Bay Of Plenty Times

Interestingly the cabal of Police rapists involved in the pack rapes of Louise Nichols, Deputy commissioner Clint “Clit licker” Rickards, constables Shipton and Schollum were based in the Bay of Plenty during their offending. 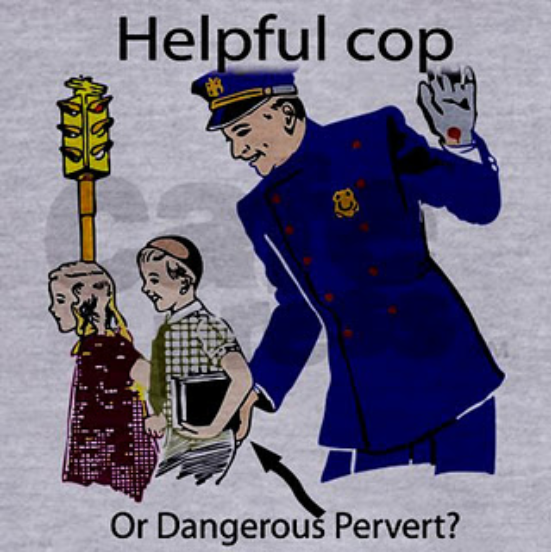 According to other ex Police Officers that have contacted LF as recently as yesterday female officers, the victims of rape by male police members, are more often than not ignored, harassed and hounded out of the New Zealand Police force if they find it difficult being raped abused and or just generally harassed by their often inebriated male police colleagues.

Leask and her handlers at the NZ Herald, although having access to photographs of the offending officer Sergeant Brent English decided not to publish a photograph that would identify him …We here at LF have no qualms although we couldn’t get one with his cock hanging out…bugger.

As always LF thought about contacting Greg O’Connor but then thought why bother as the big G.O, as he is affectionately known by his union membership, would have had little if anything to contribute other than his standard one size fits all response – the conduct of the officer was probably acceptable and to be fair neither he nor most senior Police officers would be suitable or even accepted into the police force of today.

Its all about the police culture or rather the distinct lack of it!