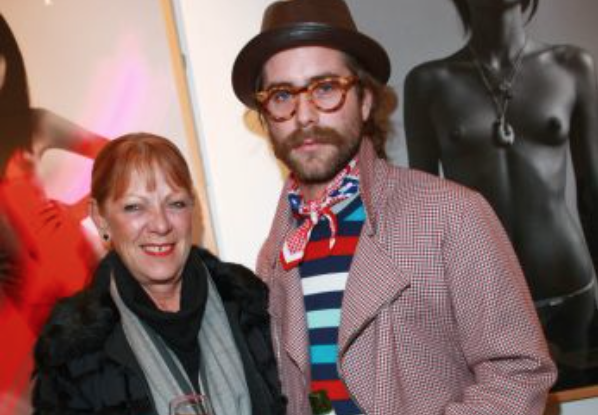 Another Champagne Guzzling Lawyer Kicks His Heels Up While His Victims Are Left To Rot. 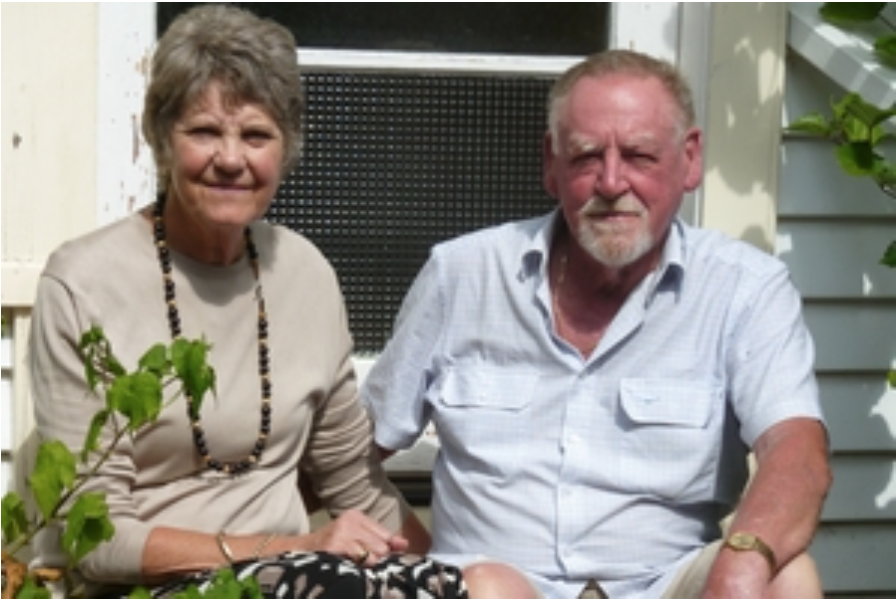 Despite poor health Min and Alan Wilson have been left to count their blessings instead of counting the cash that Castles and his wife have conspired to conceal.

Serial fraudster, clown in a gown and absolute heartless Kiwi criminal cunt lawyer Eion Malcolm James Castles was seen out and about at Soul bar last weekend supping on a chilled glass of Veuve Cliquot Brut and chowing down on the Roasted Savannah Beef fillet, with smoky potato puree, beef marrow, and horseradish pesto.

Great choice Eion and only $160 dollars a bottle. Not the most expensive tipple on the wine list but a favorite of the budget conscious amongst us. Eion paid with his wife’s credit card as you do when all the family assets and proceeds of your criminal conduct are spirited away from the prying eyes of the gormless incompetents down at the official assignees office, and of course the New Zealand Police. Not that they would come calling. 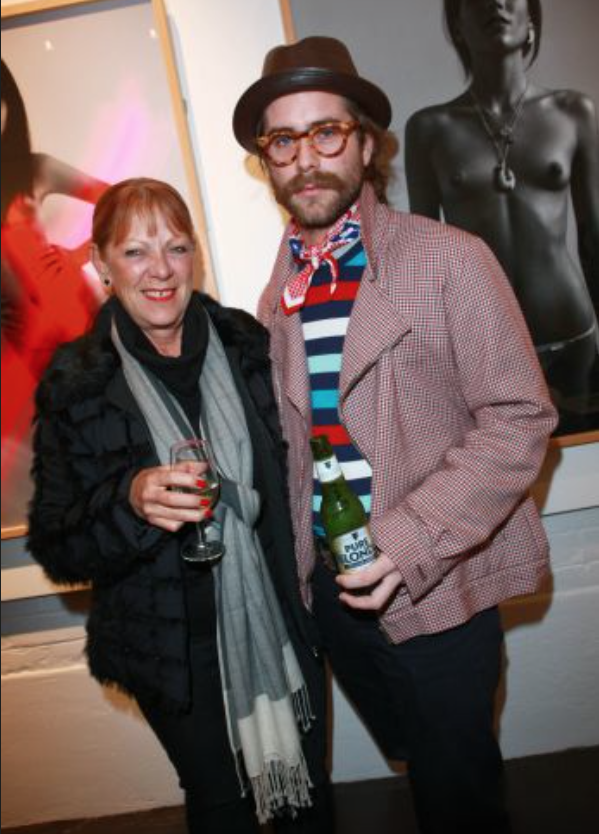 The picture is of his parents, Eion and Mary Castles, at a party on the North Shore where the couple lived when they moved back to New Zealand in the 70s. “This is a photo that’s in my parent’s house in quite a prominent position, so I do see it quite a lot. My dad is wearing this classic 70s outfit where everything looks half-a-size too small: a flat front, beige trouser with [a] wild, short-sleeved shirt tucked in.

“The outfit wasn’t really risque but it would have been quite groovy for the time. These days it would probably turn people’s heads if you wore it down the street. But the best part of the photo are his accessories – rather than jewellery, it’s a cigarette and a glass of wine.

“I like this picture because it’s great to see them as young people enjoying themselves and it’s great to see how different the times were. And if you want to get philosophical about it, it also says something about how you have to be young and stupid before you can be old and wise.

“And it’s not really just this one picture that I find inspiring. “There’s something about the way Dad puts himself together. “There are lots of classic elements but there’s always personality. “He’s a lawyer and a businessman these days so it’s usually suits [that he wears], but he still takes the same pride in the way he puts everything together.

There’s a real flourish about the way he dresses. “It’s interesting actually – when I was younger I would always go [clothes] shopping with Mum, but I think it was my Dad that had a real passion for fashion. “I think when you fall in love with a brand or look, it’s always fulfilling to find out more about the story behind it. I think it adds to your whole experience of fashion. And I think that’s come from Dad.

“As an example, there’s a scent that we’re stocking at the World beauty stores called Acqua di Parma. It’s Italian and was first made in 1916 and is this Mediterranean floral scent that was worn by people like Ava Gardner and Humphrey Bogart. “My dad was the first person I knew who wore it and that’s where I got the idea from that we should bring it in.” 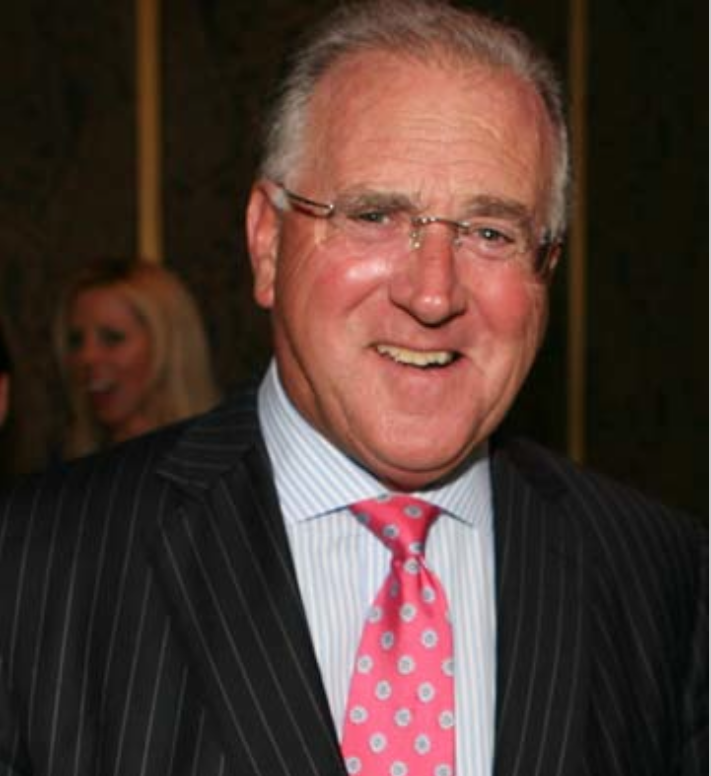 Eion Castles, “No contrition no regret” the man who responded to his own criminal behaviour with a “sustained attack” on his victims.

The social climbing Eion is bearing up well after being put through the mill, losing his practicing certificate, and having to face the humiliation of drinking Veuve Cliquot in public – oh and being bankrupted. The bankruptcy will run its course and in a few months he will be travelling to the South of France again, and lunching with the rich and famous in the warm Mediterranean sun, retro umbrella’s adorning white sandy beaches where scantily clad bikini babes proposition the rich [like Castles], and where the warm smack of a little sunburn on his skin makes him hungry for the orally gifted hooker on his arm.

In addition to striking (Castles) off the roll, the tribunal made censure, fine, compensation and costs orders as well as an order that he apologise to his former clients. Castles was ordered to reduce his fees to $462,000 and refund his former clients $482,721.

On the other side of the Eion Castles story Min and Allan Wilson, the 70 year old victims of Castles avarice are now living in a two bedroom shite palace on the North Shore, a place called Northcote. Alan’s up beat- counting his friends and family as his real assets. Min is working full time to make ends meet, at 69 it’s a hard pill to swallow. In the South of France Castles will be downing Viagra by the bottle.

Katz said Castles had shown ”no contrition, no regret, no remorse” and had responded to the tribunal’s guilty verdict with a ‘‘sustained attack” on his former clients.

It’s not all beer and skittles however, as Alan has been diagnosed with cancer and is now waiting in life’s departure lounge.

A group of friends have started a support group to try and raise money for Min’s future. A future robbed from her by the criminal conduct of erstwhile golfing buddy Eion Castles and his lovely wife.

LF contacted Castles for comment and he is purported as saying that he has little contact with the Wilson’s now, as they are no longer members of his elite social circle, and further Alan’s financial and health issues make him feel uncomfortable, and are quite frankly an embarrassment, and he was never any fucking good at golf anyway.

OK LF readers here’s the rub, for the second time. What Castles did was criminally fraudulent, every time Castles sent a “fabricated” invoice for hours he hadn’t worked he committed a criminal offence.

In the United States this type of crime is referred to as mail fraud and you can be locked up till you die. Concealing his ill-gotten gains behind his wife is money laundering and subject to recovery under the Criminal Proceeds [Recovery] Act 2009.

The Act can breach Trusts to get at proceeds and why the fuck hasn’t this occurred in this case? Fuck off with the 8k chump change donations and get down to the local coppers and make a complaint RIGHT NOW. There can be no lying down and dying Alan. When the going get’s tough the tough get going. If it’s the last thing you do Alan take this shyster and his designer silk clad mole to the cleaners. Bankruptcy doesn’t protect the Castles from a restitution order.

Five years might still be enough time to get this guy done and dusted!!

It would be nice to think that the Law Society, or one of it’s clowns in gown’s would go after Castles pro bono…..YEAH RIGHT!!

LF also suspects the the Law Society’s Fidality Fund should really be showing a little spine and offering to help out the Willliams, instead of the Wilsons having to go after another pack of New Zealands litigious wolves.

We will keep all of our readers posted with the next installment on this cunt Castles and his smoke and mirrors manipulation of assets.

One of Min and Alan Wilsons mates has meanwhile organised for a “Give a little” donations page to be setup, if LF readers feel so inclined they can donate to the wilsons cause online, every little bit helps in a case like this – http://www.givealittle.co.nz/cause/minalan

LF wishes the Wilson family all the best, and we may be able to help in our own way in the future.