COPS JUMP OUT OF BED WITH DODGEY LOCAL YOKEL MEDIA. 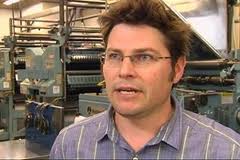 Note: some of the external audio visual material cited in this article has been removed from YouTube by NZ Authorities, Lauda Finem volunteers are currently doing the research required to replace that A/V material.

The Gisborne “filth” have finally acted to curtail the cozy daily love fest that they have had with the likes of the Gisborne Herald’s Marianne Spence and other miscreant local and National Publications and journo’s.

Jeremy Muir and the other belligerent local journalists/editors/printers/paperboys (it’s not a big paper) have spat their dummies over the Gisborne District Commanders decision to curtail the police’s daily briefings.

This could be bad news for the commander as he might go the way of the other honest cops, like Whiro Ratahi and Wiseman, that have attempted to control the excess’s of Gisborne’s corrupt local coppers and journo’s.(assuming he is honest).

The fallout has been predictable with the local shite sheet’s editor, Muir, scare mongering about freedom of speech, reds under the bed….. wha de wha wha wha.

As always everything comes down to money and the Gisborne Herald has such a sad circulation (not unlike most cadavers, you’d be hard pressed to find a pulse) that if it had to employ competent journalists to search for and report the news then financial “cardiac arrest” would inevitably follow. Instead of journo’s they have traditionally relied on authors of pulp fiction like Marianne Spence and National media mongrel Jenni McManus.

Gisborne was the only area in the entire nation (you could call it that at a stretch) who still “enjoyed” a very, I should emphasize; Very Very special relationship with the “Filth” in the form of daily briefings with the Gisborne police and a VIP pass to the local police bar (A New Zealand tradition; cops had their very own “piss-up palace” in almost all regional police stations).

Of course the other regional areas had stopped the practice years ago. Gisborne’s media for two decades has really been nothing more than a public relations washing machine for local Police corruption and offending. Not dissimilar to the old twin tub Hoovermatic – a no frill’s archaic wash and spin.  An old  media machine, a museum piece, that promoted a racist redneck agenda to exculpate the local corrupt white coppers and their uncle Tom’s… protecting the local white population from the annoying excesses of this very ‘dark” Moari District – a place in time, that according to legend, is the first to see the light of every new day?

Local cops like Malcolm Thomas, Dave Neilson, Alan Davidson, Uncle Tom Hemi Hikawai, James Cunningham, Chester Haar and the like. Some of these gentleman charged in the late 1980’s with tying up and dragging a local Maori man around a paddock behind their vehicle to extract a confession. That’s after binding him with barbed wire and sticking a shotgun down his throat. Then there’s “Jimmy the broom handle” Cunningham, a copper who had a subconscious habit of carrying large pieces of wood and was charged with “interfering” with a young women before legging it to the UK. 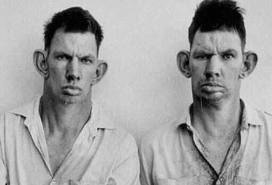 Outraged locals and jurers tired of their police being called corrupt

All great examples of Gisborne’s thin blue line. Some of this lot were charged again in the mid 90’s with the drugs for information scandal “operation Vine”.  Oh and lest we forget caught red handed with the systemic theft of fuel from the Police petrol bowsers…..theft that was so systemic that police national head quarters was to scared to prosecute the one they caught; for fear he would rat out the rest of the offenders – leaving the entire police station empty. Suffice to say, according to ex Gisborne District Commander Whiro Ratahi no jury in Gisborne would convict a local cop….and a large part of that sad fact can be attributed to the splendid work of the local media and Jeremy’s father, or was it his cousin, well being Gisborne they could have been one in the same.

On the matter of the local Police relationship with the media, it’s becoming a rocky road already with journo Steve Braunias salivating over a slanging match with police prosecutor Claire “you’re an ugly f*cker” Stewart. Apparently Claire had the hots for Braunias and sent him a somewhat back-handed compliment.

“ Your not the most handsome of men, but what a beautiful mind and heart you have” 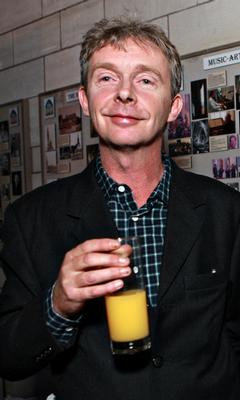 Who can argue with that, well at least Claire’s take on his looks, he truly is a hideous little gremlin but the comment about “mind and heart” now Claire seriously overstated that …good minds and beautiful hearts don’t respond by calling you a “C#nt” Claire. Undoubtly true physically and what with being a prosecutor for the Gisborne police and all, it’s probably an accurate character assessment as well.

This little mutual admiration spat progressed with Braunias being sacked and Claire Stewart being investigated…Claire got the better deal there, being in the NZ police;  the worst case scenario?  A promotion of course.

The Gisborne Herald printed a story, of course, on Claire’s police sanctioned lusty indiscretions,true to form,more than a little one sided, that is to say, favouring the good old “local gal” from Lytton High:

As for the disgruntled Steve Braunias, well he carried the fracas on with the man who sacked him; David Kemeys editor of the NBR (Jenni McManus’s old stomping ground, the National Bullshit Review).

Two media nobodies who continued slagging each other off, Braunias commenting   “every village has it’s idiot and the one here is Kemeys” I feel inclined to remind Mr “Beautiful mind” that “every circus has a clown” and in the case of the National Business Review, well the center ring of that publication has always been full of clowns, stunts and fat bearded ladies.

Back to the foul mouthed slapper in blue who obviously finds it difficult to confine her personal titillations to just below the police issue belt she wears…..what’s that comment about the media bringing the Police into disrepute by printing all their f*ck ups and the worsening crime figures. Just out of curiosity I wonder what would happen if the local commander removed the offending of his own officers from his reports? Just how much of an improvement to the overall crime statistics would that make?

This animosity, abuse and lack of professionalism would have been appreciated by the late Warren Berryman and his still kicking drinking buddy Jenni McManus ( I’m not afraid of the truth; I just have a little trouble recognizing it.)