It’s election time in New Zealand and Politicians of all persuasions are pulling out the stops to raise their profiles. One of those pollies, Ms Jackie Blue, wasn’t even elected at the last poll but she’s still out there trying hard to win over the Labour heartland in Mt Roskill, Auckland New Zealand. 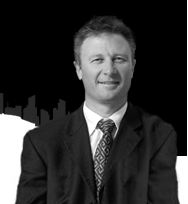 Jackie has her supporters of course, companies like Real Estate Franchise Ray White who aren’t really able to vote, but it appears that they might help out with the cheque book wherever they can. Jackie’s just been interviewed by New Zealand’s New Idea Magazine for what’s obviously a politically inspired “sob story” contrived and organised by the National Parties marketing HQ – Hey Jackie, your electorates pretty dark, so lets get a few more victims, the local battered wives on board babe – not that we’re at all cynical .

It seems Jackie was, for a number of years in a relationship that  turned very “ugly” when her partner decided to start belting her- recognised a gold digger perhaps Jackie, we figure he’s dead and unable to defend himself:

“It started like a fairy tale (probably similar to the fairy tales Mr Martin Honey sold her on!). Jackie was working as a young doctor at Auckland Hospital, and she fell in love. She and her new boyfriend moved in together and started nesting like honeymooners.

‘It was like any other relationship, very exciting,’ Jackie says. ‘We loved being together. We had fun.’ But when her partner – 10 years Jackie’s senior – punched the then-27-year-old while they lay in her sister’s spare bed, Jackie shut down”

Naturally enough Ms Blue now has a fear of violent and angry rich men, she doesn’t require evidence, just rumour, hearsay and false allegation is enough to get her blue blood boiling.

Her past violent relationship, however, isn’t the only “ugly” thing in Jackie’s past and  now political life. It appears that Jackie is pretty good at handing out “bashing’s” herself! 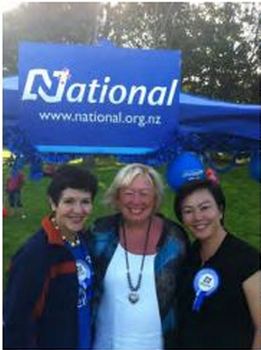 Jackie Blue at the family day – organised and paid for by Ray White? Strange, from the look of this photo its seems more like a National Party rally!

We all know that in Politics its about the faceless men (and Woman). The power brokers and players who pull in the donations so as to be elected, then dish out the favours in return once in power. Lauda Finem have been looking at one such case.

Just what can a donation to a politician buy you, well it appears to us, that in this case it just might have purchased the perversion of  a statutory authority.

Un-elected List MP Jackie Blue appears to be right at home writing letter’s for her Mate’s; all National party supporters and cronies. No not a reference, in fact not even a letter of recommendation. It seems that Ms Jackie Blue like’s to write letters with the intention of circumventing due process – with the obvious purpose of perverting  justice As an aside Jackie Blue may have an association with another couple of characters who have featured in this blog. The violent and bent cop Detective James Kenneth Cunningham and his mate, who has yet to respond to our open letter Dr Greg Finucane, seems they together held very senior positions on the Auckland District Hospital Board – Given Jackie’s purported bashing one wonders why she’s not been straight on to that story: view here.

On that note, Jackie it seems has been handing out other favours recently. In particular to a Ray White Real Estate franchisee by the name of Martin Honey. Seem’s that Martin got himself into a spot of bother a while back by pinching a competing agents customers using a bogus web site using his competitors name – the fake site designed to redirect inquiry traffic, intended for Martins competitor, to his own Ray White Real Estate business (Laudafinem have received the proverbial brown envelope; which contained stunning video footage of Ray White Real Estates, Mr Martin Honey’s fraudulent site in operation, with comparisons to the genuine site.We will be posting that evidence once we’ve processed the footage).

We understand that a complaint had been made against Martin and the Ray White franchise he owns and operates to the REAA.

Apparently Martin’s not the sort of person that take’s complaints against him lying down, so he leapt in his car and drove across Auckland to have a chat with Ms Jackie Blue, the Mt Roskill list MP – not his businesses local MP, but a great friend of the Ray White Real Estate empire – to think that Ms Blue wasn’t even elected, one hell of a democracy!

By the looks of it on arrival at Jackie’s electorate office Martin Honey then spun Ms Jackie Blue a rather implausible tale of threats, violence and stalking. Jackie must have taken Mr Honey’s bait, with a history of being bashed by her partner its probably understandable, but she didn’t bother (as would any smart person) to look into Mr Honey’s almost farcical allegations. Mr Honey had no doubt also told Jackie that he’d made a formal complaint to the police, but of course Martin Honey had been telling a “battered” Ms Jackie Blue porky pies (Lauda Finem have evidence that no complaint was ever made to the police) – Ms Blue then whips out her pad and pens, what we would consider to be, the most extraordinary letter – a letter in support of  false allegations that Honey was to file with the REAA, so as to somehow counter the original complaint surrounding his miscreant behaviour.

Lauda Finem have obtained, through a third party Real Estate agent, a copy of Ms Jackie Blues letter to the Minister, then obviously forwarded Mr Keith Manch, the CEO of the REAA . We will be posting that letter. (pending the third party whistle-blowers permission).

Whats even stranger, the MP that represents Mr Honey’s electorate, Maungakiekie is actually a bloke by the name of Mr Peseta Sam Lotu-Iiga who is also a National Party member, but clearly not known to Mr Martin Honey or the Ray White franchise.

So why then did Ray White’s Mr Martin Honey nip over to Jackie Blue’s place in Mt Roskill? It seems to us that there’s something fishy about Martin and Jackie’s Relationship!

In the absence of a plausible explanation Lauda Finem believe that Jackie Blue and Martin Honey may well have more than a nodding acquaintance and may possibly have entered into a corrupt arrangement. What’s more by the looks of it they may have Mr Kieth Manch in the Bag as well. 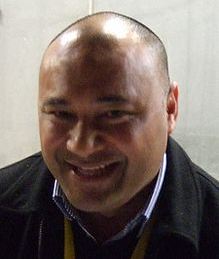 Honey’s Local MP, the apparently honest Mr Peseta Sam Lotu-Iiga. Sam didn’t much like what Jackie “The Basher” had done!

Mr Manch it would appear just might be a National Party toady as well. Mr Manch, an ex-cop definitely has a little history when it comes to manipulating important information and the public’s right to know for his political masters. Some time ago he headed up a department that was caught destroying documents that were subject to a  freedom of information request:

“Last year we used the Official Information Act to ask for copies of the reports that the inspectors has used to justify banning the websites on the list. The DIA (Mr Keith Manch’s Department of Internal affairs) refused. After we appealed this refusal to the Ombudsman, the DIA then said that those records had been deleted and therefore it was impossible for them to give them to us anyway. The Department has an obligation under the Public Records Act to keep such information.

Why has the DIA been so secretive about the filter going into operation? Here’s two examples where we believe that they have failed to be open and honest about what they are doing, even in response to direct questions.

We wrote to the DIA and asked them, again, when the filter was going to go live. They wrote back on January the 20th and said that as they were about to make an announcement, the Official Information Act gave them grounds to refuse our request. This was 11 days before Watchdog was the first ISP to start using the filter. It’s now the 16th of March, nearly two months later, and there’s still no announcement from the DIA”

Secondly, on February the 15th (May 2010) we rang Keith Manch, Deputy Secretary of Internal Affairs, and directly asked him when the filter was going live. Keith is responsible for Regulation and Compliance and has been heavily involved in the implementation of the filter. Did he admit that the filter had gone into operation two weeks earlier? No, he carefully took note of our questions and then wrote in a follow-up email that as we had already asked those questions by letter he wouldn’t answer. We finally got our answer on March the 8th, admitting that the system had gone live on February the 1st.

“New Zealand, The Dark Isles, a dirty little place to do business”

Lauda Finem has called in extra volunteers to deal with the shear volume of material we have recently received, covering a number of corruption stories; but rest assured, we will be following this story as it progresses!

Update: We know that Ms Blue is aware of this post. One of our Australian supporters sent her the link asking for comment before he sends it on to her fellow members in The New Zealand Parliament