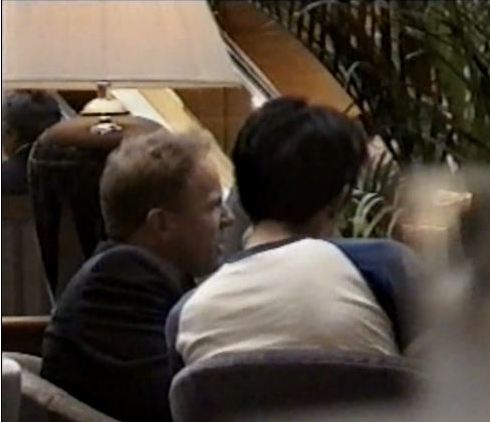 Thirteen years ago, in the summer of 1998,  television New Zealand’s documentary team were involved in the covert filming of admissions of odometer fraud by the staff at Giltrap City Toyota in Auckland, New Zealand. That investigation had been instigated by a “Self Styled” (what the fuck does that mean?) justice and consumer rights campaigner Mr Dermot Nottingham. Nottingham had obtained audio tapes of the admissions and had then subsequently contracted the then free lance Cameraman, Mark Chamberlain so as to obtain  evidential video footage of the admissions (that’s how TVNZ’s lawyers wanted it to look, it will soon become apparent that it was not in fact the case).

During the course of that investigation Dermot Nottingham had also advised Damien Comerford, the TVNZ producer of five prior 60 Minutes television doco’s exposing the frauds (Lauda Finem will be posting that historic footage shortly).  Comerford had obviously been desperate, in fact to the point of  voraciousness , to be involved in uncovering the shear scale of these systemic frauds which had at the time been estimated, by the SFO, to have been worth 2 billion dollars.

Following a covert shoot, involving both Comerford and Chamberlain , which obtained damning evidence of the admissions,  they both then retained the video footage. Their reasoning was, as Chamberlain put it,  that it needed to be processed from its normal commercial PAL format  to the NTSC operating system.

TVNZ however, for “unknown” reasons, decided not to run the story and sacked Comerford as producer of the “Car Wars” stories; allegedly for a conflict of interest. Apparently, according to Comerford, this conflict had arisen from his involvement in ghost writing the book “Car Wars” on behalf of Nottingham and the fact that Nottingham had obtained a full refund for Comerford, from Giltrap’s, on a car which Comerford had earlier purchased from Trevor Hewitt at Giltrap’s Imports, a vehicle that had had it’s odometer rewound – A somewhat doubtful reasoning we would have thought! Comerford had, obviously and unwittingly, been one of the ten thousand victims of Colin Giltrap’s accomplished “clocker”, Mr Trevor Hewitt.

TVNZ’s view was that Damien Comerford could not be seen to be objective. At the time of Comerford’s removal he had also fallen out with Nottingham over the naming rights and credits for Nottingham’s book. This is where it got very ugly and even more interesting.  TVNZ had by then decided that they would destroy the footage containing the admissions of Giltrap City Toyota’s employee’s Paul Turnbull, Andrew Rothery, Murray Harsant, Thomas Lau. Comerford contacted the Cameraman Mark Chamberlain and they conspired to allege that the video tape footage had accidentally been wiped.

Nottingham was furious knowing this to be untrue, Comerford had eventually coughed because Nottingham made him aware that the footage was a hi-lite of the proposed book. Comerford told Nottingham to record the next conversation with his boss Phil Wallington, Nottingham as advised taped the call where  he threatened TVNZ with criminal charges for the willful destruction of evidence. TVNZ’s Phil Wallington had no appetite for the consequences, so a deal was done on the condition that the release of the footage was confidential.

The Cameraman Mark Chamberlain, on Wallington’s, instruction’s handed over the tape in a court-yard at Television New Zealand’s headquarters in Nelson Street, Auckland and at the same time was handed a cash payment for having filmed the confessions for Dermot Nottingham. The deal that had been struck between TVNZ’s legal advisers and Nottingham, was that TVNZ had never been involved. The situation almost had the air of a scene from a re-run of the TV series “The Saint”

This wasn’t the first time that tapes had been deliberately lost or destroyed by TVNZ on the Car wars story. The Cameraman Who filmed 60 Minute’s infamous visit to Japan, Peter Day, also apparently “lost” footage of tapes identifying New Zealand dealers at auctions in Japan. What was even stranger was that a Japanese winder also knew that TVNZ were on their way to Japan. It had always been of concern just where that particular Japanese dealer had received his intelligence from. 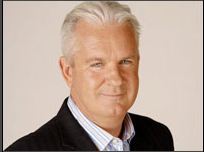 Following the “mysterious” loss of the auction tapes Damien Comerford , who had been drinking heavily with Nottingham and John Hudson, got into a slap fest in the hotels elevator with the very same “absent minded” cameraman.

The assault on the cameraman by Comerford occurred after Nottingham had fueled Comerford and his paranoia with six Long Island Iced Teas. Nottingham followed the stumbling Comerford into their hotel lobby were the unfortunate cameraman was exiting the lift.

Comerford and the cameraman re-entered the elevator driven by a flurry of inadequate punches. The Lift doors closed before Nottingham was able to enter and separate the pair.  Nottingham returned to the bar to get assistance from the men’s colleague John Hudson, but found him slumped in a booth and obviously in no condition to stand let alone assist.

Comerford then spent the rest of the night bemoaning the possible loss of his job if the cameraman were to complain to his employers TVNZ. 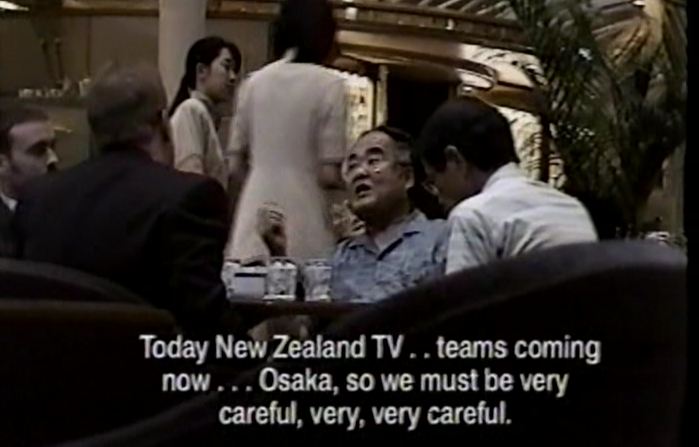 Eddie Kiatoshi, Japanese fraudster had mysteriously been alerted to the fact that a 60 minute crew was on it’s way to collect evidence!

Both Nottingham and Comerford were very certain that the cameraman had purposefully destroyed the video tapes which would have disclosed the identities of numerous car dealers buying clocked cars at auction. Nottingham also believed that only a powerful leak inside the state broadcaster TVNZ could have alerted the Japanese to the presence of the 60 Minutes crew, because the whole mission had been classified top secret and on a need to know basis.

Left to their own devices TVNZ’s Comerford and Wallington would have happily destroyed the evidence. It didn’t end there however. Nottingham supplied the evidence to the New Zealand Parliament and then to the SFO who obtained confessions and admissions to the offending. The SFO decided not to prosecute because the fraud wasn’t within their jurisdiction…Yeah right!

The whole TVNZ  thing got really nasty with the cameraman Chamberlain, although signing a brief of evidence, becoming recalcitrant when contacted by legal counsel for Giltrap’s. Chamberlain was prepared to fly out of town on the court day and perjure himself rather than stand up in court and give evidence.

He subsequently turned up at court after an arrest warrant was issued for him and committed perjury. Representing him on the day was a dodgey little low life lawyer by the name of Baron Affeaki. Giltrap’s lawyers Reed, Haigh and Wicks took over when Chamberlain was pinged on the perjury charge. Wicks applied to the Solicitor Generals office to stay the prosecution but that application was turned down. More on this story later.

Coming soon: taped audio of the journalist Phil Wallington admitting to his knowledge of the alleged wiping of the tapes by TVNZ, video footage that was vital to the prosecution of a crime!

Note: TVNZ, who control YouTube in New Zealand arranged for the above evidential video to be removed