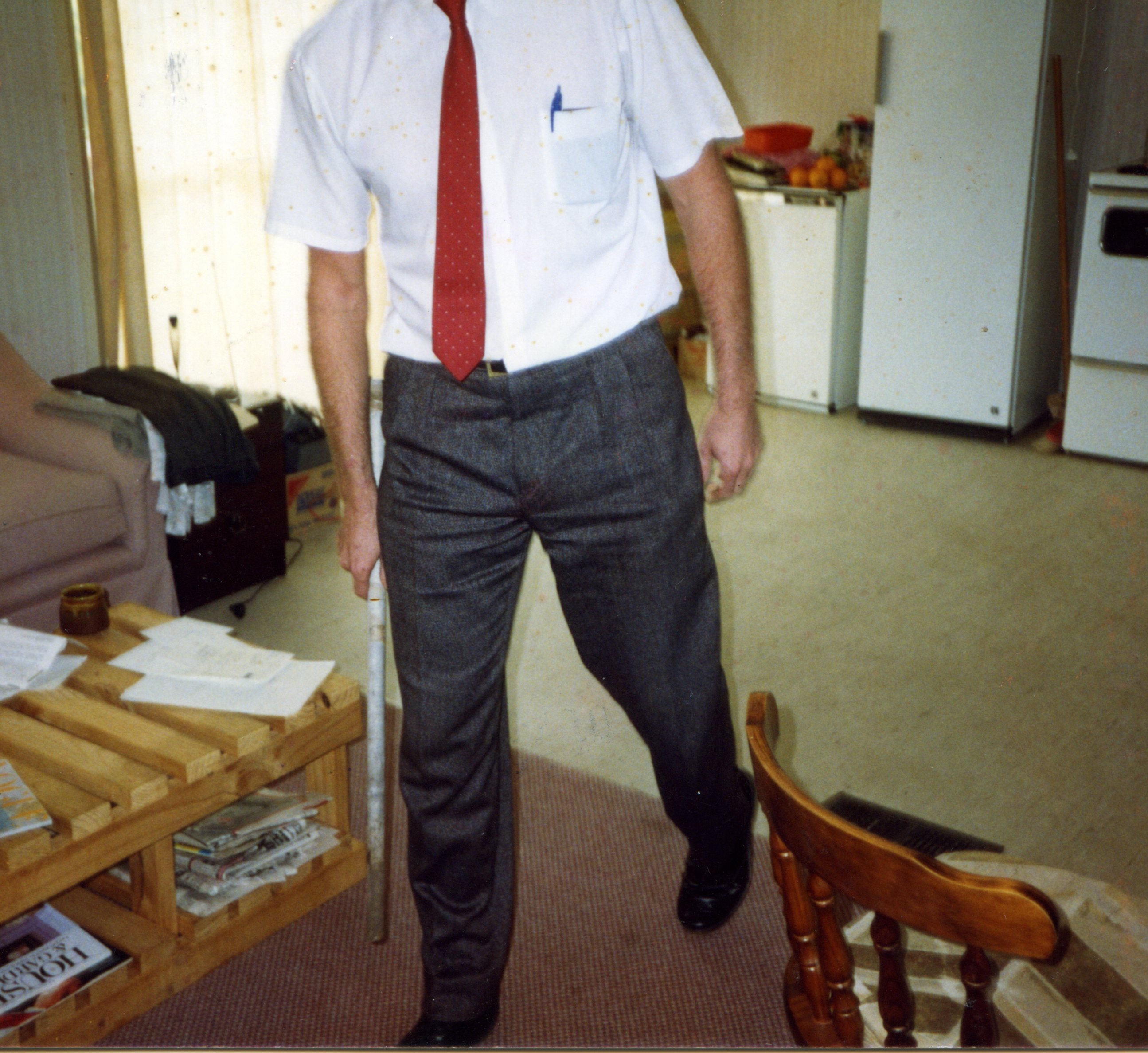 This open letter recently appeared on www.accforum.org posted by a new member a  94 year old  with the moniker Deus ex machina:

Yes, we know who you are and we are aware that you are an accomplice and co writer on Lauda Finem’s blog. This is a blog that relies heavily on Australian law to excuse the behaviour of the writers and lay accusation after accusation at the door of innocent persons.

Persons whom have either stood up to Dermot Nottingham or those that have supposedly caused harm to him and his family. We are concerned that the behaviour displayed on the blog is not becoming of someone such as yourself. Have you sunk into the same pit of despair and vendetta minded behaviour as your violent and dysfunctional family?

Dermot and his brothers were subjected to the abuse of nuns, an excuse claimed by Dermot for this violence and dysfunction, Antony what is your excuse?Antony, 2012 is supposed to be your year, a year where all of your hard work bears fruit. Do you want that fruit to rot on the tree of dysfunction?

Check our Defamation Act 1992, do you think you can hide behind ‘honest opinion’ or ‘truth’? Do you even know what the ‘truth’ is, or are you like the others responsible for the site’s contents, hell bent on causing the most harm to as many innocent people as you can, regardless of what the truth is?Antony, do you think you are above Australian law, you might like to remind yourself of these – http://www.efa.org.a…defamation.html or you might like to check out the case of Dow Jones & Co Inc vs Gutnick.

Do you think you are above New Zealand law?  Do you think with your background that you can claim ‘innocent dissemination?

Do you think your role in the Lauda Finem’s blog is in the pursuit of truth?

The truth is more important than the dysfunction and perceived injustices you think your family have suffered from.

Lauda Finem is nothing more than an angry venting ground for those with an axe to grind, an axe that appears to be aimed at anyone, guilt or innocence does not matter, nor does the truth

Are you Antony above this behaviour or are you, like your name sake reckless too (who?), with no regard to the innocent parties that you hurt along the way? Is such behaviour ‘fit and proper’?  We think not.

“Truth is by nature self-evident. As soon as you remove the cobwebs of ignorance that surround it, it shines clear.Mohandas Gandhi”

Lets take a close look at some of the comments in Deus’s letter posted on www.accforum.org:

Well that’s not entirely true, we don’t rely on Australian Law, the writers are Australians living in Australia and are therefore subject to Australian law. Looking through our work we can not find the “innocent persons” Deus’s appears to know?

Deus appears to be inferring that he knows the writers at Lauda Finem, this is of course untrue, and to be frank we’re not that interested in what concerns Deus or his mates at www.accfoum.org have. We do however suspect that they have every reason to be concerned themselves.

“Here in New Zealand we also have laws, as well you should know”

We are aware that New Zealand is governed by the rule of law, we are also aware that Deus and his friends at www.accforom.org are fond of breaking those laws, especially when it comes to the theft of online bank records, passwords and ACC related fraud, hence their vitriol at having been sprung.

“Have you sunk into the same pit of despair and vendetta minded behaviour as your violent and dysfunctional family?”

We suspect that Deus may now be in the midst of a psychotic episode? What violence what dysfunction are you referring to Deus?

Lauda Finem are more than happy that we’ve been brought to your attention and we’re even happier with the assistance you’re providing in marketing our blog; since you and others have posted on www.accforum.org Deus our readership has sky-rocketed.

Antony, do you think you are above Australian law, you might like to remind yourself of these – http://www.efa.org.a…defamation.html or you might like to check out the case of Dow Jones & Co Inc vs Gutnick. (“Deus ex machina” is clearly guilty of plagiarism, this citation first appeared in a Lauda Finem  post)

We are fully aware of the principles set down in Dow Jones & Co Inc vs Gutnick, in fact we cited this case in a post in November last year, we suspect that’s where Deus ex machina nicked the idea from. We would however suggest that Deus actually take the time to read the judgement thoroughly. Deus could then try making an application to the New Zealand Courts, their principle place of residence, we however know that Deus, despite the rhetoric,  has no intention of doing that!

“Do you think your role in the Lauda Finem’s blog is in the pursuit of truth?”

At Lauda Finem we don’t pursue the truth, we simply publish it. And in doing so we include the evidence, evidence such as documents, audio tapes and video footage, now theres’ an idea Deus, how about doing that yourself?

“Lauda Finem is nothing more than an angry venting ground for those with an axe to grind, an axe that appears to be aimed at anyone, guilt or innocence does not matter, nor does the truth”

Deus, you’ve yet to provide the evidence for your claims? Yes we’re angry as all honest men and women should be when it comes to corruption and other forms of evil, but we’ve no axe to grind, the axe has already been well and truly sharpened.

“Do you think you are above New Zealand law?”

Well that should be self evident, we know we are, after-all we’re Australians living on Australian soil and as such not subject to the laws of any other jurisdiction especially a small pacific banana republic!

What back ground is that? Again Deus expects his readers to understand the rantings with out supplying one fact or shred of supporting evidence.

“Do you want that fruit to rot on the tree of dysfunction?”

What can we add to Zeus’s attempt at  Self-immolation, ah yes, Deus is obviously a complete and utter nutter!

Mean while we’ve heard nothing from Deus, and we won’t, despite our email address appearing regularly in our posts. Just like Douglas Weal and Kenneth Miller, Deus  fancies himself as a bit of an egg-spurt, again we at Lauda Finem have received absolutely nothing from Deus or any one of the un-named parties he alleges have been defamed. (why not use our email address: laudafinem@bigpond.com).

The distinct lack of correspondence is probably because small detail’s such as evidence are always provided by Lauda Finem, whereas our friends, like “Deus”, over at www.accforum.org often like to invent facts and more often than not are prone to making false allegations to the authorities, false allegations that will soon be back to bite their arse’s.

That will undoubtedly leave egg-spurt’s the like’s of “Deus”, who like to use www.accforum.org for their criminal activity, with a lot more than egg on their face’s.

Here’s another thought, perhaps Deus Ex Machina is the alter ego of the violent sexual predator and ex-police officer James Kenneth Cunningham or another member of www.accforum.org that we are about to expose. In fact that member met the Neuro psychopath Cunningham in late 2003, Mr Anthony Lowe of the Brain Injury Association in Auckland New Zealand.

Deus’s first problem occurs with his use of the phrase; “innocent persons” he, however, does not give us an example of just who it is he believes is “innocent”, lets take just one example from one of our many posts over the years. One very recent post inclusive of a telephone interview with Cunningham’s mother Marcia that exposes the violent ex-cop rapist turned psychologist Jame’s Kenneth Cunningham:

Then of course we checked out the mobile telephone number that Cunningham’s Mother Marcia gave us:

Doe’s “Deus ex machina” really believe that ex-cop Jimmy “baton Boy” Cunningham is innocent? Does “Deus” know Jame’s Cunningham? Does he have a vested interest: just who do the criminals and ACC fraudsters using the site www.accforum.org think they are kidding?

In fact given that the ex-cop Keith Manch of the REAA is vehemently apposed to our blog, the question should be asked: is Keith Manch in fact a sexual predator just like his mates James Kenneth Cunningham and his REAA ex-cop mate Jon Moss?

Hands up those who don’t really believe Deus ex machina is 94 years old, in fact hands up those who think Deus just might be someone with a terrible history a fact that he’s desperately trying to conceal.  As we like to say, there’s method in madness; keep it rolling boys and girls at www.accforum.org!