John Banks, When Mayor of Auckland City, New Zealand. At the ribbon-cutting ceremony for the reopening of Grafton Bridge. (Photo credit: Wikipedia)

The rat, rorter and political bore, John Banks, of teapot tape fame, has been sprung yet again; this time allegedly rorting the party political donations laws, not once but twice.

New Zealand’s political scene is so corrupt that people like John Banks, a past National Party member and current Parliamentary ally, do behind the scenes deals with absolutely no fear of the repercussions should they be caught.

Lauda Finem have been told that it was not just the Auckland Casino and its 15k donation to Banks that have seen the limelight. We are aware that Banks was also earlier offered a $50’000.00 political donation by the Megaupload website owner Kim Dotcom. We’re aware that Banks had also allegedly instructed Kim Dotcom to split the donation into two – three “handy invisible” payments so that he could evade the requirement to declare the cash to the appropriate authorities.

We are also given to wonder whether this has anything to do with Mr Dotcom’s current legal predicament? We know that the National Party and their conservative allies in power like to destroy the credibility of anyone that poses a threat to their hold on power….could this be just another case of this misuse of power….yet another tip to the enormous iceberg, that is corruption,  floating in New Zealand’s party political waters.

After all the New Zealand police have long held a very close relationship with National and its philosophy of spending large amounts of cash on law and order, and as such the annual police budget.

When Dotcom’s home was raided last year in an extraordinarily expensive media stunt by New Zealand police, justice crusader Dermot Nottingham was one of the first to come to Dotcom’s aid, personally driving out and meeting with Dotcoms associates.

Whilst Nottingham was at the infamous, so called, “Dotcom Mansion” north west of Auckland, he was informed of Dotcoms donation, to the now National Party political ally John Banks, the MP for Epsom.  He was also informed about Dotcoms desire to “access” the “ear” of all of John Banks “friends” inclusive of Prime Minister John Key.

According to Nottingham, Dotcom’s generosity had not stopped with the 50k donation. He’d also made other offers of assistance to Banks, including the use of a luxury hotel suite in Asia, and the use of  luxury vehicles, whenever Banks, a Rolls Royce enthusiast, so desired, all owned or controlled by Dotcom.  Nottingham believes that a Government inquiry should be commissioned into the extent of Dotcoms “generosity” and who are “affected” to the same, lesser, or even greater extent than Banks.

So what’s really going on here, just who was behind the beautifully scripted media focused police attack on Dotcom, his assets and all importantly his banking records? John Banks, ACT, and the National Party perhaps?

We also note that Nottingham himself has had the police inexplicably stall a fraud investigation into the Real Estate agent Martin Honey for well over eight months. Has Mr Honey made an anonymous donation, or did Ray White split a large sum into 10 smaller anonymous amounts.  It would most certainly explain what has occurred.

Martin Honey is of course another National Party “friend”. In an even stranger twist the head of Auckland’s serious crime unit is none other than Detective Senior Sergeant Mark McHattie. McHattie first came to prominence in 2006 as a result of allegedly corrupt and botched sexual abuse investigations in New Zealand’s Wairarapa district:

The report said Mr McHattie emailed two of his superiors in September that year, saying the backlog of 142 child-abuse cases had been dealt with, and cut to only 29 cases in three months. That was untrue and 33 of the files were “filed incorrectly” or “inappropriately resolved”.

The subsequent investigation into McHattie also has strong connections to the disgraced ex-cop Jonathan Moss,  later briefly employed by the REAA as an investigator, that is until that corruption scandal also broke……..The corrupt Mr Moss, whilst heading up police professional standards, had investigated McHattie and his disappearing sexual abuse investigation files; an investigation that has resulted in what, in our view, is clearly a whitewash.

We’re given to wonder whether McHattie perhaps had an association with any of the accused? We have also been given information that strongly suggests dodgey links in this case with Kristy McDonald QC (also of the REAA) and New Zealand’s Independent Police Conduct Authority (IPCA) and the National Party

How extraordinary, what dirt, if any, might McHattie have had on fellow high ranking police officers that may well have influenced the police decision to perform a minor wrist tap and then importantly inexplicably promote him? Just why is it that the police have refused to release the report, claiming they needed to “protect the privacy of natural persons”.

Were there further favours McHattie was then prepared to perform as part of any deal? There’s more to this story and its tangled web of deceit than meets the eye.

But as always there are two sides to every story and we at Lauda Finem generally like to offer some balance in our articles – where balance is available. Therefore perhaps some answers to the following questions might be helpful.

Is John Bank’s a victim, if not an entirely innocent victim, of the actions of Kim Dotcom? What did Dotcom expect in return for the payment of $50k to an extremely well connected politician? Who else did Dotcom dole out cash donations to (and for that matter how much), with allegedly no strings attached? Why $50k and not $5k, is it not the thought that counts? 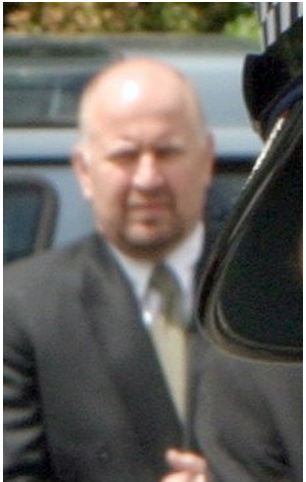 Surely Dotcom cannot allege that he did not know the reasoning behind the split payments, to secure anonymity, and how did anyone but Dotcom get any measurable benefit? i.e the money was given to Banks in any event, and could have been made public with no issue for Banks.

But if it was made public and Banks had acted then to favour Dotcom’s interests in anyway, Banks credibility would have been gravely affected.  Whereas, given that the donation was anonymous such “favoritism” would have undoubtedly flown under the radar.

The law of inference speaks volumes in such matters.   Has Dotcom played a card that Banks cant admit to; what was really said in any event as he would be “fucking himself”, and thus Dotcom walks free from a far more sinister involvement in a plan involving a payment of $50K for influence.

If Dotcom has paid other amounts to other politicians in the same manner does Dotcom now hold a considerable amount of influence over the affected politicians, given that a criminal conviction, and the end of their respective careers, could result?

On what was the money actually spent? After Banks did not secure the Mayoralty was there in fact any cash left in the coffers, and if so where did it go? Was it transferred to the Act Party’s accounts? If so was this transfer illegal, or if legal, was it ethical?

Lauda Finem would love to hear from our readers as to what other questions may need to be asked of both Dotcom and John Banks, we however believe that Dotcom may have opened another can of worms by pushing the big red panic button far too soon.

We at Lauda Finem have known for 30 years the extent of corruption in the dark Isles of New Zealand, and slowly but surely we will bring you the exact detail of each and every corrupt act we unearth until our goal of having an extraordinarily powerful anti-corruption commission becomes reality.

This completely independent statutory body would not only investigate allegations of corruption, but would actively engage in laying traps for likely suspects, and when caught, prosecuted and convicted pursue appropriate sentence’s; lengthy periods of incarceration, without any provision for parole.

Has New Zealands police force transformed into a Stazi like operation? Has Mark McHattie been brought into the National Parties political tent? Did Kim Dot com attempt to? Can New Zealander’s really trust their police force to investigate the allegations against John Banks?

There are so many unanswered questions………in fact far to many. All of which potentially go to the honesty and integrity of New Zealand’s civil service and those elected to represent voters …..therefore they need answers!  More intrigue? …. you could probably place a wager on it…although given that its New Zealand we would not recommend it!