In the post Dotcom raid exposed we advised of our interest in a possible connection between the Kim Dotcom Megaupload case currently unfolding in the New Zealand courts and the Julian Assange Wikileaks case which has overnight escalated with a diplomatic stand-off of between Ecuador and the united kingdom following Ecuador’s decision to grant Assange political asylum and Britain’s threats to “storm” Ecuador’s London embassy and grab Assange. The threat to storm the Ecuadorian embassy is of course at odds with the classic British hypocrite and Foreign Secretary William Haigh’s protestations, in the house of Commons, over the exact same behaviour having been committed by the pariah state of Iran in 2011:

It is also interesting to note that Kim Dotcom, himself, held suspicions and concern surrounding a possible connection between the US interest in Wikileaks and that of his own organisation Megaupload in July 2012 when he tweeted:

Kim Dotcom is however being a little naive if he thinks that this is all there is to this particular story. The links between these two online enterprises go back a lot further than Dotcoms 20’000 euro donation to Wikileaks.

From what we have been able to ascertain Dotcoms associations had in fact started with the teenage Kim Schmitz’s (aka Dotcom) interest in hacking.   Coincidentally, if you want to believe it, one of Wikileaks co-founders and spokesman in 2010, Daniel Domscheit-Berg was also a hacker and a member of the Chaos Computer Club a very loose association of young hackers and this is where it begins to get very interesting when one fast forwards to 2012. 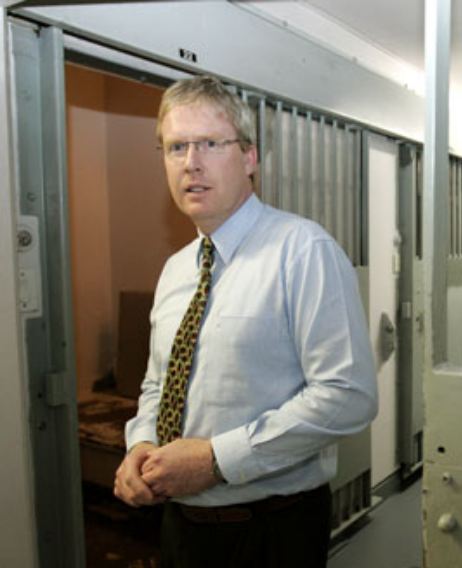 In 2010 quite a few things had happened, the Bradley manning (alleged) release of classified US documents, Wikileak’s acceptance of those documents,  the “Collateral murder” video tape, the “war logs”  release and then ‘surprise surprise’ co-founder Domscheit-Berg‘s sudden falling out with Assange and his resignation from Wikileaks, the beginning of the Dotcom affair in 2011 and Daniel Domscheit-Berg sudden expulsion from the Chaos Computer Club.

What also interests us is a line of questioning during the cross-examination by Queens Council Paul Davidson, Dotcom’s barrister, of Detective Inspector Grant Wormald of the New Zealand Police Force in the Dotcom extradition case:

The involvement of a secret Government organisation before the raid on Kim Dotcom’s mansion emerged during cross-examination of a police witness in the High Court at Auckland yesterday.

The witness, Detective Inspector Grant Wormald, refused to name the organisation when questioned about a meeting police attended before the raid.

Dotcom’s lawyer, Paul Davison, QC, asked him if an unidentified group of people at the meeting were from the Security Intelligence Service.

Mr Wormald replied that they were not. But asked where they were from, he declined to say, “because of the nature of the organisation”.

“They work for the Government.”

If we had been defending Kim Dotcom we would have asked the next very obvious question of Detective Inspector Grant Wormald;

Which “Government” would that have been detective………the United States of America or New Zealand’s……the CIA perhaps?

So what was really behind the FBI’s actions in seizing Megauploads US servers and the removal of evidence from New Zealand in breach of court orders and agreements. Just why is it that they have not complied with the necessary disclosure requirements of New Zealand’s judicial system? Could it be that they were really after evidence relating to Wikileaks and Julian Assange and are hiding behind bogus trumped up copyright charges against Kim Dotcom and a handful of his employees to conceal their real agenda?