The New Zealand Police, Tuesday 22 October 1970 “the day they framed an innocent man”

New Zealand veteran journalist, author, researcher and expert on the Crewe murders, Chris Birt, has come out stating that a police job sheet requested under FOI laws proves that it was Detectives Bruce Hutton and his side-kick Len Johnston that planted the .22 caliber riffle shells in the garden of the Crewe farm house in October 1970, so as to frame an innocent man,  Arthur Allan Thomas.

With this revelation it is also now evident that the New Zealand police force, true to form, had concealed a police job sheet for well over forty years; keeping it from Thomas’s defense  teams in 1971 and counsel in his appeals and the commissioners, headed by retired New South Wales Justice Robert Taylor, during the judicial inquiry into the investigation following Thomas’s release from prison. 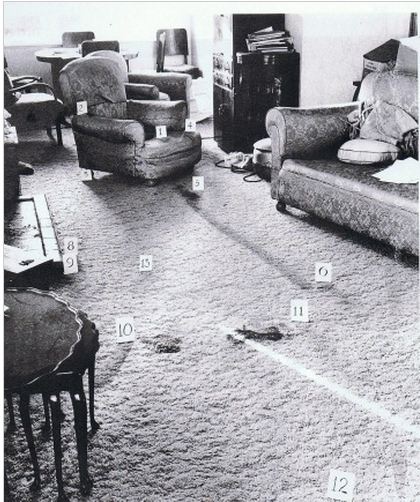 The rural houses lounge room; where Jeannette and Harvey Crewe were brutally murdered by a killer the New Zealand police force have been more than a little reluctant to catch…..Why is that?

Mr Birt is scathing of Angus Sharp, the other Commissioners of police at the time, and the many investigations they oversaw, as have many many other experts over the years. Some of Mr Birt’s erudite views are expressed on www.crewemurders.com;

THE DAY THEY FRAMED AN INNOCENT MAN 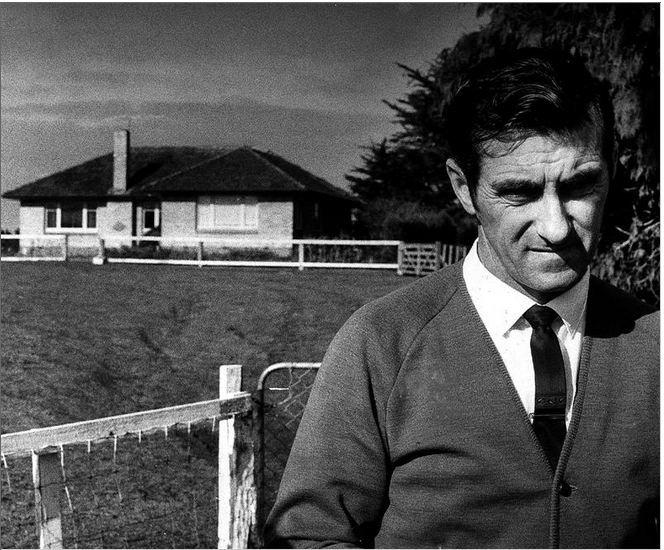 Corrupt Detective Bruce Hutton standing in front of the Crewe’s garden where he and Len Johnston had planted the .22 bullet case that lead to the wrongful conviction of Arthur Allan Thomas.

A detective fired a .22 bullet in the rifle of Arthur Thomas and, in the company of his superior, placed the cartridge case from that weapon in the garden at the Crewe home between 2pm and 2.30pm on Tuesday 22 October 1970.

Those involved did so with the express intention of creating a link – a fabrication – between a resident of the other end of the Pukekawa district and the execution of two people which they had been unable to solve through lawful means.

That act constituted then – and still constitutes – an offence under section 113 of the Crimes Act 1961.

The exact date of this action, by police who knew they were fitting up an innocent man at that time, has never been uncovered. However, a job sheet which has just emerged from within the depths of the Crewe homicide file – for the first time publicly in the 42 years which have passed since these shocking events at Pukekawa – now, indisputably, puts the two police officers in that locality on the relevant day and at the relevant time. 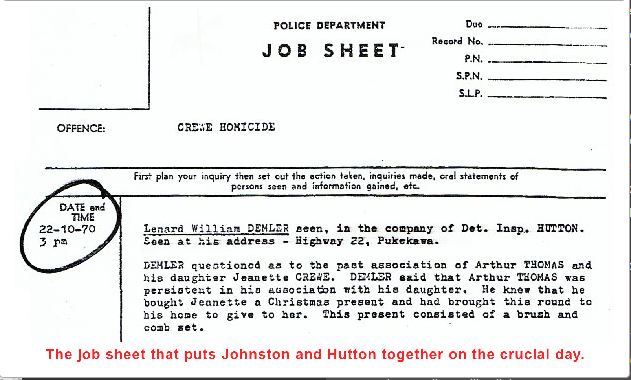 Police job sheets provide invaluable evidence of police corruption and are generally the first thing police will try to unlawfully conceal from the victims of their malfeasance and the defence team so as to obtain a wrongful conviction and to escape prosecution themselves. Many Commissioners of the New Zealand police force have been guilty of concealing corruption, Commissioner John Jamieson during the late 1980’s and early 1990’s to name but one – Jamieson now heads up the catholic churches abuse white wash unit in Wellington.

Detective Malcolm John Thomas. Yet another corrupt cop guilty of manufacturing and planting evidence, then concealing the all important job sheets that proved it; with the Commissioners knowledge and full support,

We here at Lauda Finem have also uncovered and evidenced many cases of police corruption often once these undisclosed job sheets are finally released…….and not unlike the Thomas case,  many years after the events and only when the offending corrupt officers are out of the way,  having moved on or died and clearly often because the next generation of police officers has no idea of the significance of the material they have just released.

Mr Hirschfeld said the defence position was very clear and unequivocal.Joseph Donnelly had been falsely accused of rape, he said.“Bearing in mind that the defence advanced a position that went well beyond the bounds of simple denial and indeed to the extent of submitting to the jury that Joseph Donnelly had been framed.“In the end, the facts speak for themselves.”The jury was out for a little under two hours and returned a verdict of not guilty.
Source: http://www.gisborneherald.co.nz/article/?id=7457

So, however extraordinarily vile and sickening this particular case of systemic abuse of rights by the New Zealand Police force appears, it is still happening and it comes as no surprise to us here at Lauda Finem. It is simply further evidence that a commission of inquiry needs to be held into the entire New Zealand police force and the possibly hundreds of corrupt officers who have for the past 50 years been perverting justice in New Zealand’s courts.

These ‘stomach turning’ individuals need to be brought to account, on the evidence charged, and if convicted sentenced to very long prison terms so as to finally break the back of this insidious moral cancer that will in time destroy the institution of democracy itself; should history be allowed to repeat with the current batch of self interested politicians who collude to conceal this type of crime….the people want justice, nothing more, but needless to say nothing less. 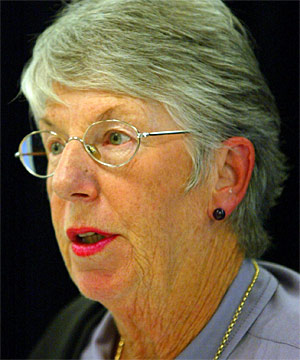 Farrow Finance director Judith Potter, one of Detective Malcolm John Thomas’s accomplices in yet another series of cases where police commissioners acted corruptly in attempting to falsify evidence and falsely accuse so as enable yet another of their police officers to evade criminal prosecution.

Mr Chris Birt’s book, “All the Commissioners Men“ can also be purchased via the www.crewemurders.com website.

There are also three other authors who have contributed to unearthing the truth behind this gross injustice, first the British investigative author David Yallop‘s book, “Beyond reasonable doubt“ ,New Zealand investigative journalist, Ian Wishart‘s book “Arthur Allan Thomas: The Inside Story“ and New Zealand journalist Keith hunters work, “The Case of the Missing Blood Stains”

Update 21/08/2012, we have sourced the (below two part) interview with Arthur Allan Thomas and Ian Wishart about his book and the events surrounding the corrupt actions of police in and around the investigation and subsequent trial:

One of many sucked in by Donnelly (Friday, October 01, 2010, Commentary, Detective Malcolm Thomas, Gisborne Herald)

Detective Malcolm John Thomas – “The Planter” – Where is he now? (Lauda Finem)