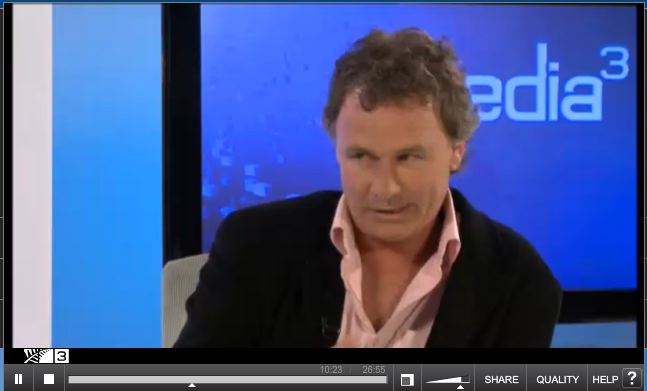 In a recent interview on TV3’s Saturday morning show Media 3 (Click image above to view), Fairfax journalist Phil Kitchin discussed his observation that Bronwyn Pullar was a few sandwiches short of a picnic. This belief apparently drawn from the fact that Pullar had sent him “thousands of emails” and that this excitable behaviour was somehow indicative, symptomatic or as Kitchin put it “related” to Pullar’s “head injury”:

Who exactly is “you and I” Phil? Pause, pause, stutter, stutter,…… aaagh……..the fact is; Kitchin’s interpretation of Pullars actions shows an extraordinary lack of insight and empathy that borders on complete arrogance…….Did Kitchin have Pullar’s permission to say what he did? After all Kitchin had made sure that he and Fairfax had Pullar stitched up in “writing” …. now there’s a question!

The truth is that Kitchin used Pullar’s purported brain damaged behaviour in an attempt to spin his way out of having to explain his own “brain damaged” failures; in particular his own extraordinary failure to take Pullar seriously, for so long.

Although, in fairness to Kitchin, we suspect that the behind the scenes involvement of one particular anti ACC cyber forum, the key players and their reputation amongst journalists, including men such as Kitchin and Tony Wall, who have in the past been taken for a ride by the forums ring-leaders, telling tall tales and untrue, may have been a factor in Kitchin’s repeated dismissal of Pullar’s allegations; as they say once bitten twice shy.

Sure, Bronwyn Pullar had been diagnosed with a neurological injury, so what? Despite this injury she seemed to perform exceptionally well during the 60 minutes interview with Kitchin’s fellow journalist Melanie Reid, we thought a performance well beyond the capacity of  an average Joe, other than some peculiar body language when tackled on her relationship with the previous ACC Minister, Nick Smith; but then again Pullar had after all once been a professional spin doctor.

What’s probably of more relevance in explaining the thousands of emails Kitchin had received from Pullar is that Kitchin was clearly ignoring her, no doubt passionate, correspondence. This then, when combined with the fact that like so many others who have had dealings with the cashed up juggernaut, the Accident Compensation Corporation, would have led to extreme frustration and an understandable degree of anger. Its the nature of that righteous anger that interests us.

In his book Eternal Echoes: Exploring Our Hunger To Belong the late John O’Donohue author, philosopher and theologian  masterfully explored what he termed the “angry presence”. O’Donohue observed:

“Anger is a great flame of presence. It is difficult to mistake or ignore an angry presence. Usually it is like a fire, it starts with a spark and then multiplies in a rapid exponential rhythm. Anger wants to break out; it stops us in our tracks. Much of the time we avoid conflict; we put up with things. We let things go. When the flame of anger rises, it confronts things. Anger shouts stop! It can be a great force for change. It is so encouraging to hear the voice of righteous anger raised. It names and confronts injustice. It brings to light whatever is wrong and makes it clear to the perpetrators of injustice what they are doing. It is very interesting to notice how very politically incorrect anger now is. Especially in these times, there are so many issues that should warrant great anger.”

Why is it that people are no longer able to bring themselves to look behind the anger. Kitchin is guilty of exactly that, he could not, or would not, bring himself to look beyond the all too convenient  pigeon hole label, “brain injury”.

Pullar’s obsessive behaviour in firing off  thousands of emails, in our opinion, had little if anything to do with her disability. Her behaviour is clearly a reflection of her deep seated and completely justified anger, an insatiable rage at not being heard, a frustration at not being taken seriously, having been labelled “brain injured” and subsequently not being able to give voice to the ongoing serious abuses she and others had been witness too. After all Kitchin, by his own admission, had failed to take Pullar’s grievances seriously for months on end. 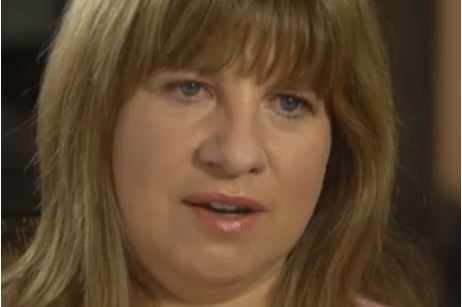 In fact numbering amongst the serious wrongs committed by ACC is the use of the same shaming techniques in their unconscionable efforts to ride roughshod over the rights of claimants so as to push their own agenda to the fore. Vilifying and humiliating claimants who dare display the slightest sign of anger, justified or not.

A common practice within the corporation, we have repeatedly been advised, is to “Red Flag” anyone who has a brain injury or even so much as raised their voice during telephone conversations with ACC staff (we have been supplied with taped evidence of a case manager intentionally setting out to incite an angry response) and then cause further humiliation by assigning security guards when ever a meeting or tribunal hearing is called for….never has the question been asked,  just why is it that literally thousands are all angry? ACC are of course well aware of the answer, as are now the New Zealand public.

Even when ACC have been caught red handed engaging in the behaviour that is at the very root of this wide spread anger amongst claimants there are no apologies forthcoming, why is that?

This is clearly evidenced in Pullars case. ACC staff and a complicit management knowingly wrongly accused Pullar of extortion, then outrageously filed a false complaint with police who, according to Kitchin, were on the verge of charging Pullar; that is until Pullar produced the tape recording. A tape that evidenced criminal offending on the part of ACC. Offending that was unprecedented in its scope and far more dangerous in nature.

No apology for Pullar and Boag, and whats even more outrageous, those responsible for attempting to pervert the course of justice, the real criminals, still have their jobs and have not been charged for the part they all played in this serious criminal conspiracy. Why are’nt New Zealander’s up in arms, after all as the old saying goes, “There but for the grace of God, go I”

Pullar, just like hundreds of other disenfranchised ACC claimants, had every right to be angry; she still does. She also has every right to be completely pissed off with Phil Kitchin, despite his belated co-operation in breaking the story, for his somewhat lame excuse for not having taken her seriously for months on end, having apparently been prejudiced by Pullar’s “brain injury“. If anything is to be learnt from this its that Pullar’s anger and persistence paid off, most mortals would have given up in despair.

This story of unprecedented state corruption was given legs by no one other than Bronwyn Pullar, her righteous anger and a dogged determination that Kitchin clearly is incapable of comprehending. After all had Pullar given up Phil Kitchin would never have had the opportunity to make his cameo appearance; as the typist.

We would suggest that all journalists, Phil Kitchin included, get over their fear and automatic distrust of angry men and women, they’re not all nutters and those that aren’t very often have an important message; as John O’Donohue rightly observed:

“When the flame of anger rises, it confronts things. Anger shouts stop! It can be a great force for change. It is so encouraging to hear the voice of righteous anger raised. It names and confronts injustice. It brings to light whatever is wrong and makes it clear to the perpetrators of injustice what they are doing”

New Zealand politicians and journalists alike need to understand that there is growing resentment amongst an increasingly wary public born of an increasing incidence of miscreant behaviour amongst New Zealand’s institutions and its civil servants.

“nothing consumes a man more quickly than the emotion of resentment.”