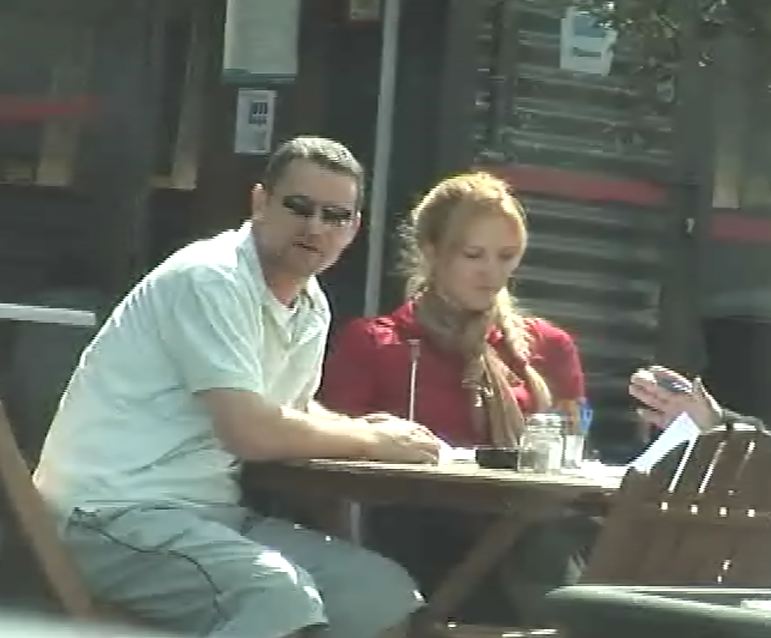 Smile you’re on candid camera: screen grab from the covert video footage of real estate agent Julija Wilson (the ex-wife of Sagecorp’s dodgy liquidator Warren Wilson) and  the slimy, twice bankrupt, banned company director and now nark Peter Louis Chevin attempting to pull off yet another dishonest property deal. It seems to us that Nathan Guy’s REAA is not that dissimilar to John Keys GCSB

It seems to us that Nathan Guys REAA is not that dissimilar to John Keys GCSB. This story just in from the only country in the western world where bullshit can in fact baffle brains, or as the intelligent amongst us would say, merda taurorum animas conturbit.

What exactly is it that the REAA does with its rather large budget, extracted from New Zealand’s honest real estate agents? Well nothing it appears! Do Crown entities communicate with each other or is this yet another National Party cover-up?

Before anyone else in New Zealand knows it, (except the double dealing incompetent Crown law office, one Peter Louis Chevin and his ex mate Paul Bublitz), we can bring you a story that may have, but for the work of Lauda Finem, been the subject of yet another errant conceded application for name suppression; ensuring that the major players names remained a matter of secrecy.

In yet another dodgy deal struck between New Zealand’s Crown law office and the criminal Chevin (we can use that term because Chevin has recently plead guilty to a breach of Section 382 of the Companies Act which attracts a maximum sentence, subject to Section 373(4) of the Act, to a term of 5 years imprisonment, or a $200,000.00 fine, or both) the Crown has dropped other serious charges that Chevin was also clearly guilty of so as to solicit and put to bed a very dishonest deal that again runs the risk of bringing New Zealand’s judicial system into disrepute.

In a deal with the Crown Law office, having pled guilty, Chevin, on 11 October 2012, comes up for sentencing and because of the Crown Law deal will undoubtedly avoid gaol.

The Crown Law office must have known that he would also avoid a fine, given that he is clearly unable to pay one; mainly because the man is an undischarged bankrupt. So it looks like Mr Peter Chevin will only face a 200 to 300 hour  community work penalty.

Apparently covert video footage inculpating one of the pair, released by the prosecution to Chevin, showing Chevin and real estate agent Julija Wilson attempting to trade in property for a company, when Chevin was a banned director, sent Chevin into spin doctoring mode where he figured that his only way out was to nark on Bublitz, so that he could escape his just desserts; a boat ride up river to the big house. 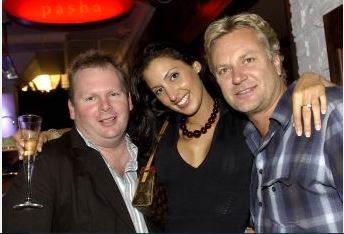 Bublitz’s fate should be sealed in a definite prison term as he is not an ex Justice Minister like William Jefferies or Doug “I won’t be a house nigger” Graeme.

Whilst all three are lying, cheating, robbing scumbags Bublitz does however have one redeeming, and at the same time unfortunate (for him at least) difference.

Bublitz is not a member, or for that matter  a “friend”, of New Zealand’s infamous National Party and so does not hold the much coveted sparkling blue “get out of jail” card held by so many other dishonest Kiwi business folk, the men and women that litter Lauda Finem’s posts.

We would like to leave Peter Chevin with, to our mind at least, an appropriate, albeit slightly altered, epithet from the Catiline Orations of Roman scholar, statesman, philosopher, political theorist, consul, constitutionalist, and lawyer Marcus Tullius Cicero, that we felt may make Bublitz’s no doubt ludicrous protestations of innocence, no matter the propriety of his real concern that a man as guilty as he, should act as accuser, and from that act of self preservation, be rewarded by the Crown, seem absurd;

How long,  Bublitz, will you abuse our patience? And for how long will that madness of yours mock us? To what end will your unbridled audacity hurl itself?

We are, however, still left with the very real concern that there lurks within this prosecution the presence of a Corrupt National Party. Perhaps we should ask the criminal Chevin if he holds one of those sparkling blue cards, as it appears that he has managed to produce a flush hand, when sending his criminal associate, and previous mate, down the toilet to begin his journey up river to the big house.

We here at lauda finem, still sticking to the latin theme of the day, say that both men should be sentenced Ad quod damnum, as should have the National Party’s beloved, it’s very own rank and file wannabe, the white ‘collared‘ criminal Sir Douglas “I’m no house nigger” Graham.