Dotcom: men in black, the boys from the GCSB 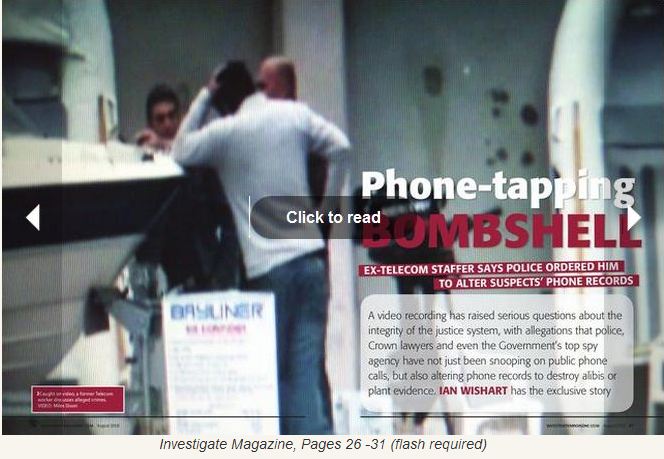 In an unfolding drama that is beginning to resemble a Hollywood scripting of yet another of Robert Ludlum’s Jason Bourne sequels, two days ago it was revealed that National Party Minister Bill English, in his capacity as acting Prime Minister, attempted to conceal serious offending by New Zealand intelligence agency the GCSB in August by signing off on a ministerial certificate that has an effect similar to that of a suppression order granted by the courts.

Note: in an upcoming post we’ll be dealing with John Keys absence from the funeral of a fallen digger and exactly why his trip to the USA, purportedly for his sons baseball game in Bangor Maine (which is just a hop skip and jump from Washington DC) took precedence and should be looked at more closely. Just why was it that a Kiddies baseball game was deemed more important than the Prime Ministerial duty to attend the funerals of soldiers who had fallen for their country; was it in fact a ruse? But of course, we’re born cynics. 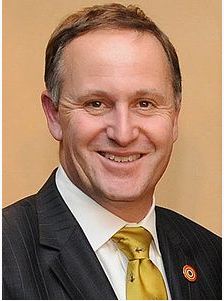 Prime Minister John Key, who was out of the country at the time the certificate was signed by English , yesterday went public, but only after Dotcom’s defense team had cottoned on to the GCSB‘s unlawful activities. Key attempted to deflect the public perception of skulduggery by denying any personal involvement, claiming that the GCSB’s unlawful actions were a mistake; the result of misinformation having been supplied by the police and that there would be a full inquiry.

Its the nature of that misinformation that is telling, the police purportedly advised the GCSB, upon further inquiry, that Dotcom and his employee, Bram van der Kolk, were both foreign nationals and not New Zealand residents. This lame excuse  is clearly a furphy, given  Dotcom’s public profile, the other events surrounding his attempted property purchases and his earlier high profile application for residency.

There is a crude attempt at a cover-up unfolding here. We have no doubt that had the National Party government been successful in concealing the involvement of the GCSB then the public would be none the wiser. Evidence of this lies in the fact that Bill English became aware of the illegal activities in August, but far from going public with the offending he travelled in the opposite direction, that of containing and concealing the offending by signing what amounted to a Ministerial gag order.

For John Key to then get up and claim that he had no prior knowledge beggars belief. After-all is he not the minister responsible for the intellegence services, the SIS and the GCSB? With that in mind he is now expecting the New Zealand public to believe that as Minister he was not briefed on both the GCSB‘s offending and the gag order immediately upon his return; by deputy, Bill English. That claim is just not credible. But the reasons for Key wanting everyone to believe it to be the case are self evident; “What you don’t know can’t hurt you”

The National Party Government is currently wallowing in a mire of scandal, most of which is privacy related, that is inflicting serious political damage and impacting on their electoral prospects. This could explain Mr Keys almost childish attempts to appear to be going public when infact he is down-playing events and those behind the scenes will undoubtedly be doing their utmost to bury this serious corruption; employing the standard rushed investigation and report by the Inspector-General of Intelligence and Security, retired justice Paul Neazor QC is just the start. 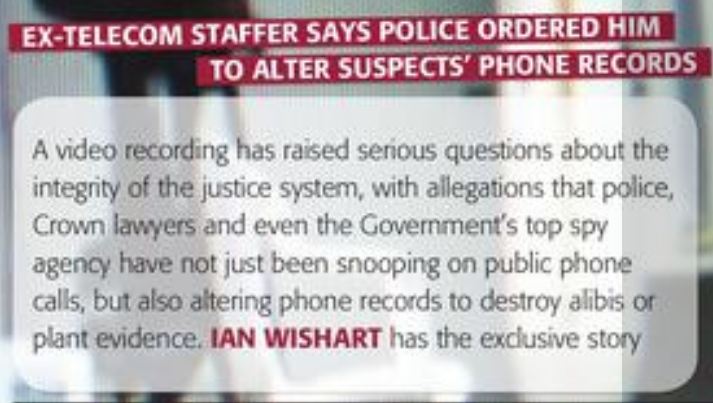 The fact is the GCSB has been unlawfully spying on New Zealand citizens and residents at the behest of the New Zealand police for years. These illegal activities were reported in August 2009 with an expose by investigative journalist Ian wishart: Phone-tapping bombshell – ex-telecom staffer says police ordered him to alter suspects’ phone records.

Lauda Finem have obtained a copy of a covertly filmed interview with a Telecom New Zealand staffer who was seconded to work with the GCSB. In that footage he describes in detail the cosy relationship the GCSB has with the New Zealand police and just how the agency went about its work in obtaining, deleting and altering telecommunication records on behalf of the New Zealand police to assist them in obtaining, in at least one case that we know of, wrongful convictions. 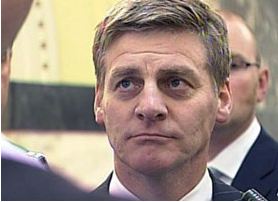 It has come to light that the GCSB did not employ listening device’s in Dotcom’s home, but officials have declined to say just how it was that Dotcom’s communications had been intercepted, citing the hackneyed “in the interests of national security” ; we don’t think so, we have good reason to suspect that it has only ever been “in the interests of the National Party’s Security”.

The way in which the GCSB engages in surveillance is very simple really. As the Telecom employee turned whistle-blower points out during the covertly taped interview; they have immediate twenty four hour access to any telephone exchange in the country and are able to tap into any telephone line and the telephone calls and internet data incoming and outgoing. Lauda Finem will be making the above mentioned video footage available online when www.laudafinem.org and its associated video channel go live later this year. Undoubtedly the GCSB will then be taking an interest in our work, that’s if they haven’t already.

The GCSB and the New Zealand police have been getting away with this highly unlawful activity for many years, the only reason that they have been caught out this time is because of Dotcom’s technical knowledge, a little covert assistance and Dotcom’s ability to fund a competent defense team who know where they’re likely to find the governments dirty laundry, unfortunately this fact also lends weight to the argument that only the wealthy or the exceptionally smart get  justice in New Zealand, but even then it can still be a little hit and miss. 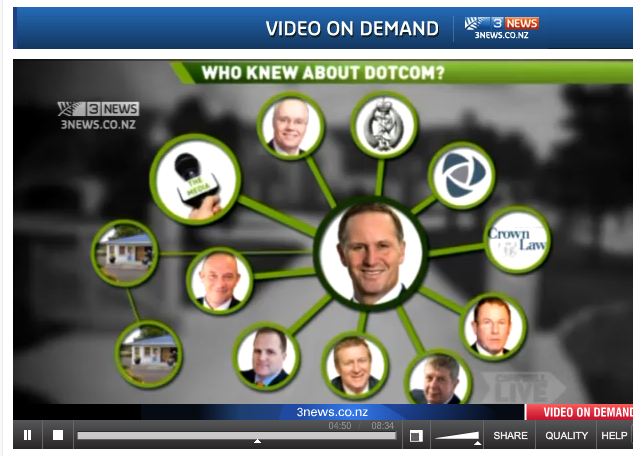