Regular followers of this blog will be well aware that the Team @ Lauda Finem deplore injustice and delight in exposing those who participate and or in anyway contribute to injustice or with malice conspire to harm others.

The vehicle used was the broadcasters weekly program, SUNDAY, presented by Miriama Kamo. One of the programs Journo’s,  Janet McIntyre, and it’s producers, Chris Cooke and Max Adams, threw together an episode that we are loath to call journalism. 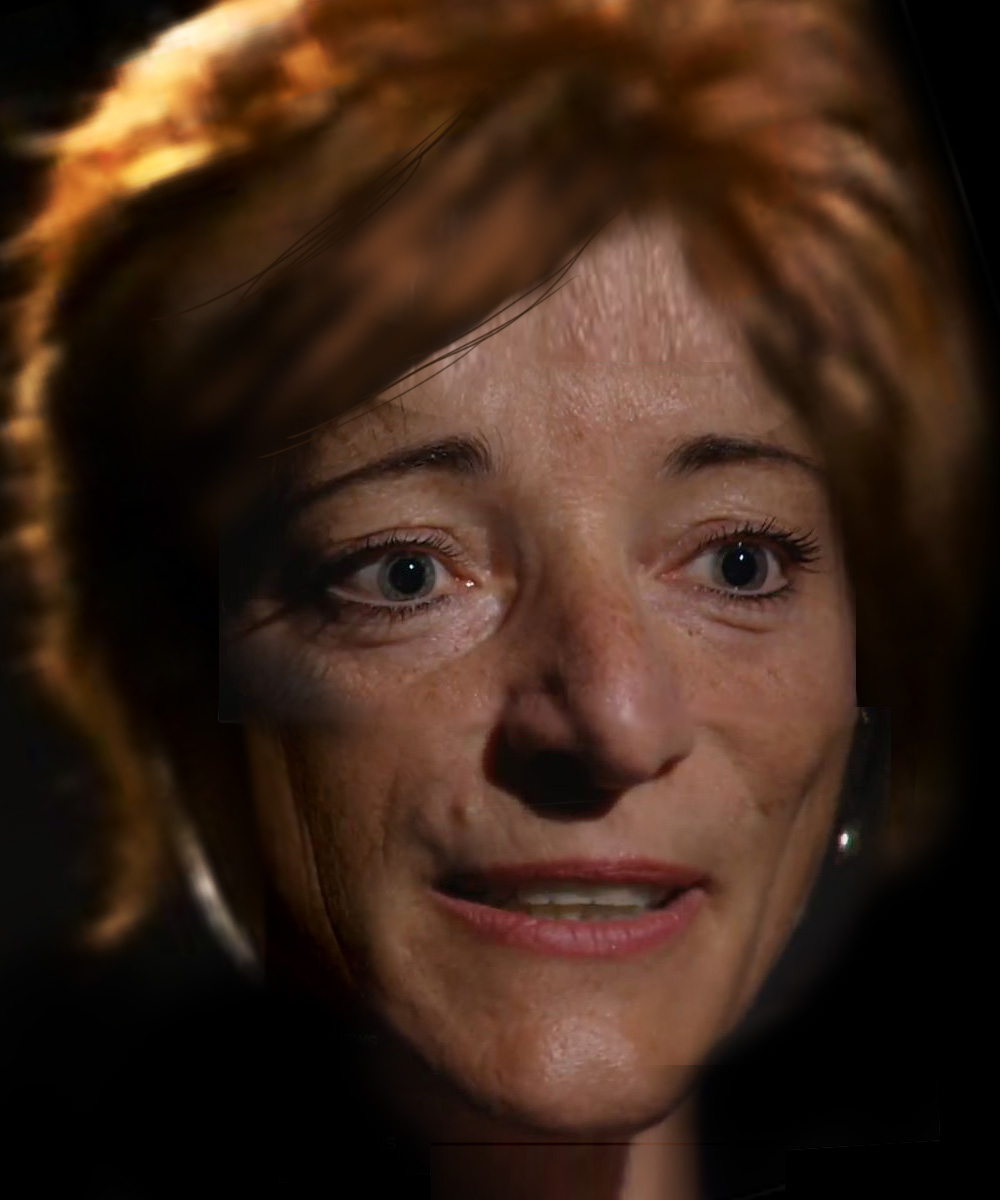 Subsequent to posting our article, Public confidence in NZ Courts on the verge of collapse: rogue juror’s out of control, Lauda Finem volunteers have been inundated with emails denouncing the SUNDAY program, the so called “third juror” and (what the overwhelming majority of our correspondents felt was) the programs hidden agenda. We should also note the fact that we also received a number of very nasty emails intent on re-trying David  Bain.

That aside, the emails, taken as a whole, shed a great deal of light on particular patterns of behaviour and what to us appeared to be a single source from which the negative commentators had drawn their inspiration. There were also a number of comments, most of which for very good reasons we didn’t publish, that linked the TVNZ program and the third juror to that same strangely malevolent source, an individual by the name of Kent Parker and his website; http://davidbain.counterspin.co.nz/blog/kent-parker.

One of our regular informants, and a number of others, provided additional information that we are still working our way through.

Amongst the material we received were references to evidence available online that also points to the likelihood of a  link between the aforementioned anti Bain protagonist Kent Parker and TVNZ’s “the third juror“.

Mr Parker it seems holds very strong views on David Bain and he appears to have garnered quite a following, a fan club that is clearly intent on re-litigating the case through the court of public opinion. Whilst our research indicates that this group is not particularly sizable by any means it has certainly managed to appear larger than life ably assisted by complicit media organisations, TVNZ amongst them.

It’s certainly evident in the SUNDAY program, clearly the journalist and the programs two producers wanted their viewers to believe that they and “the third juror” had, for the first time exposed serious wrong doing in the Bain trial but, unfortunately, nothing could have been further from the truth.

The programs viewers were introduced to the third juror in a way that would have the more gullible viewers believing that she had, for the first time, stepped forward to expose the alleged wrong doing by her fellow jurors in the Bain trial. There was a deliberate attempt by the presenter, the producers and “the third juror” to mislead the audience by presenting the allegations as brand spanking new allegations and a stop press SUNDAY exclusive.

The producers and the journo doing the interview went to extraordinary lengths to paint their “third juror” as an honest and concerned citizen who had contacted TVNZ with deep concerns involving alleged wrong doing in the jury room during Bain’s 2009 retrial.

The way in which the program was scripted, naive viewers the third jurors revelations would have seemed quite extraordinary, which of course was exactly what those behind this bullshit propaganda piece wanted.

For those of us who are a little more experience however the programs agenda became transparent as the story slowly unfolded, despite the cleverly crafted smoke and mirrors that invited the viewer to believe that the story was all about the third jurors concerns in and around the juries deliberations. 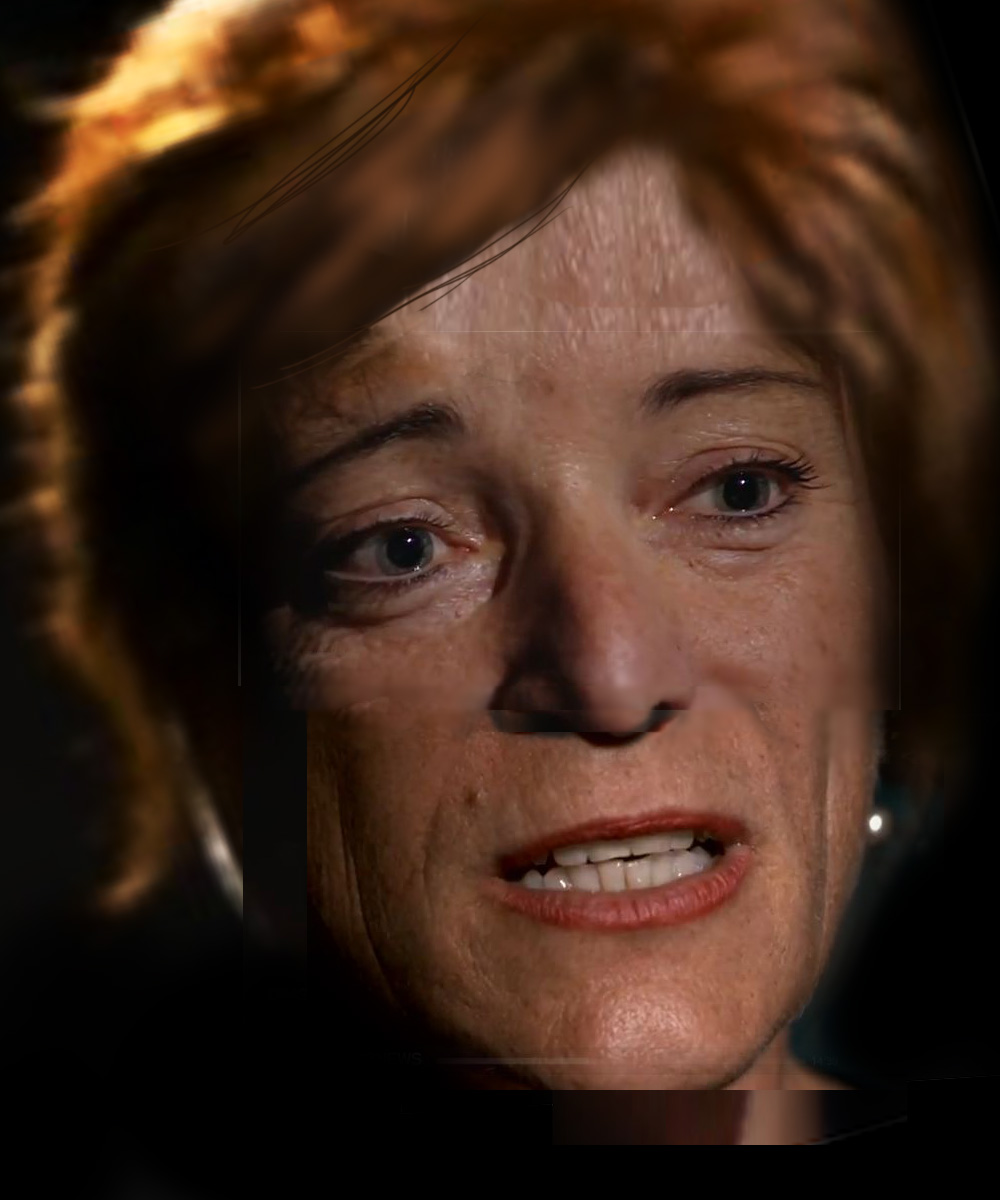 In 2011, three members of the Lauda Finem team attended an event at the Sydney Town Hall. One of the speakers at this event, controversial journalist John Pilger, spoke on the subject of the media and the manipulation of public opinion. In doing so he referred to the American nephew of psychologist Sigmund Freud, Edward Bernays. Bernays was a pioneer in the use of public relations and propaganda, he was in fact the father of spin. Bernays described spin as “the intelligent manipulation of the public with “false realities” which a compliant media would dispense”.

In this case the concerns expressed by John Pilger have taken real life form, an almost text book example of Edward Bernays notion of spin with “the intelligent manipulation” of the SUNDAY programs viewers with “false realities” by a compliant television New Zealand, with the objective of influencing public opinion.  Every fair minded New Zealander should now be deeply concerned with this outrageous behaviour.

Another of the speakers at the aforementioned event, renowned human rights barrister Julian Burnside QC, addressed the audience of 2500. Amongst the many subjects Mr Burnside spoke to was the criminal justice system and the importance of  an indespensible cornerstone “the presumption of innocence”. This is yet another of the issues that should now concern New Zealander’s given that the SUNDAY program in question appears to have ridden roughshod over this very important notion. It’s a very disturbing behaviour that is fast becoming the norm amongst New Zealand’s journalists

As we have pointed out many times before spin doctors, when trying to manipulate the public, often rely on presenting information in  isolation and the interview with the so called third juror is a text book example of that formula.

Readers will recall that Lauda Finem, after viewing the program, suspected that something was not quite right, in fact everything about the program screamed wrong!

We raised a number of concerns about the behaviour of the third juror and we left readers with a series of question, some of which we now have answers to:

Was “the third juror” attempting to subvert David Bain’s bid for compensation?

It is our view that this is exactly what “the third Juror” was attempting to do; ably assisted by TVNZ,   journalist Janet McIntrye and Sundays producers Chris Cooke and Max Adams. She had form in that she had contacted the Christchurch Press in February this year with the same intention:

Why didn’t Crown law immediately investigate her behaviour, in contacting Justice Binnie, when Binnie had reported it to Crown Law?

Lauda Finem believes that the reasons behind Justice Binnie’s referring “the third jurors” correspondence to crown law is that he had serious concerns, similar to those which we have  expressed. That he was likely wanting to know how she had obtained his personal contact details and details of what he was considering, which included the knowledge that the judge asked for and been given Joe Karam’s book. This of course resulted in Judge Binnie going public, after the fact, again in February this year:

That she had, we believe, in her email and attached affidavit disclosed confidential detail of the deliberations of the jury and as such had committed a criminal offence. We believe it more than likely that she had disclosed  juries deliberations in her correspondence with Justice Binnie for the simple reason that she had again committed the offence when she wrote to then Justice Minister Simon Power in April 2010 and yet again when she (undoubtedly prompted by judge Binnie public admission of his request for Joe Karam’s book two weeks earlier ) contacted journalist Martin Van Beynen at the Christchurch Press in the weeks prior to the 24th February 2012:

“The juror wrote to then justice minister Simon Power in April 2010 raising, among other things, misgivings about the conduct of the jury during the trial.

Much of the letter cannot be reported because the law prevents the publication of material revealing the deliberations of a jury. The Bain juror also expressed concerns about the jury not having access to evidence that was suppressed until the verdict was reached and then released after the trial.

In the letter, the juror reveals three other jurors, of their own volition, visited Every St, where the murders took place, during the trial”

Is she suffering from mental illness or is she just a complete fuckwit?

We’ll leave our readers to form their own conclusions when attempting to answer the above question. 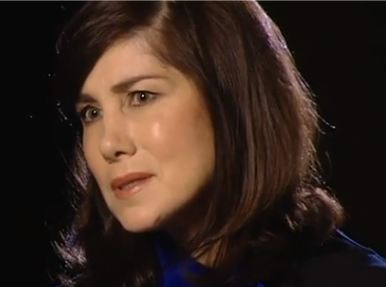 Halfwit TVNZ hack Janet McIntyre; what the hell were they thinking?

Having established the fact that this juror, a woman that TVNZ last Sunday tried to paint in a benign saint complete with a luminous halo and as having just come forward in the interest of justice and the preservation of the sanctity of the jury, is one in the same person that has spent the past two and a half years covertly maliciously endeavouring to undermine David Bain’s bid for compensation for the 13 years he spent behind bars, a bid that has likely been supported in the report, commissioned by the government, by retired Canadian Judge Ian Binnie.

This Juror’s reprehensible behaviour has gone undetected and unpunished simply because she could not be identified. Comfortable in the knowledge that the public would be none the wiser she kept popping up again and again knowing that she could only ever be identified as “A juror” who in the mind of the public could have been any one of the twelve people that sat in judgement of David Bain.

The third jurors connection to the malevolent Mr Ken Parker is to be found in one of the dirty little stories, containing the exact same allegations aired on TVNZ which was posted on his website on or about the 18th January 2012 just a matter of weeks prior to Judge Binnie (5th February 1012) publicly disclosing the fact that he had requested a copy of Joe Karam’s book and then journalist Martin Van Beynen’s article in the Christchurch Press (24th February 2012) all in the short space of a little over one month; coincidence perhaps?  We very much doubt it. It seems, to us at least, that this pair of nasty little malicious fuck tard’s had been acting in tandem in numerous attempts at creating clusterfucks for Bain and Karam’s campaign for compensation:

A member of the jury from the 2009 retrial of David Bain reports the following took place during the course of the trial:

The above is additional to previous reports of jury members being invited to attend the after trial party by the Defence team and then two of them turning up before realising that it was highly inappropriate to do so and reports of one jury member hugging the defendant.

It has been brough to our attention that in NZ law we are not meant to publish anything this close to the inner deliberations of a jury in a criminal trial, but in this case we claim that publication is in the public interest and we will defend our right to do so.

Also the following has been revealed on stuff.co.nz:

Three jurors also visited Every Street of their own volition, this despite the requirement that jurors not make their own investigations, but base their decision on what is presented to them in court.

As for the allegations of inappropriate conduct that this woman has repeatedly been throwing at her fellow jurors over the past two and a half years, it’s the worst case of “the pot calling the kettle black” that we’ve seen in a long long time.

Lets just hope that this little fucked up piece of TVNZ propaganda was not another cynical attempt by the National Party in governments spin machine to turn public opinion against Bain so that they can avoid having to cough the compensation he deserves!

The Team @ Lauda Finem send a huge thank-you to the  many readers (you know who you are) who took the time to do a spot of online research, keep up the good work folks and remember every little bit helps when putting together the big picture in the ongoing task of exposing the corrupt and malevolent behaviour.

Now that readers have a rough idea of what this so called “third juror” looks like  Lauda Finem would love to put a name to the face:  laudafinem@bigpond.com