Here at Lauda Finem we wrote a story on this case on the 12/1/2013, Herald “Tabloid spin doctoring” continues.  We decided however to hold off publishing it as we had been advised that there would be more to come. What we did not suspect however was that, when the “more to come” eventually arrived, the New Zealand Herald would (in a very cynical manoeuvre) pull their story, the very same article that we had heavily criticized for being nothing less than Police Association spin.

Whilst the story, as we go to print, no longer appears on the New Zealand Heralds website or in google searches it had however been picked up by a website other than Lauda Finem; www.nowghana.com (we suspect that it may soon reappear on the Heralds site now that they have been sprung). 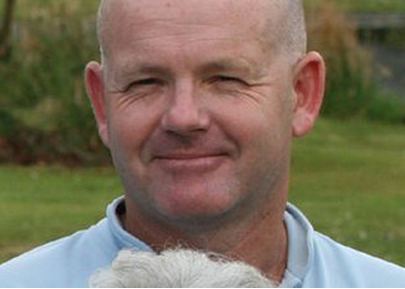 The reason for the Heralds decision to pull this bullshit police association spin piece is obvious, in light of today’s revelations that images have now emerged (above) of the alleged assault on police officer Perry Griffin that challenge the police version of events, it evidences the New Zealand Herald’s real agenda in producing spin for the authorities instead of going after the truth; after-all they hadn’t bothered to check with anyone that might have apposed the police account.

The version of events that the NZ Herald promoted with their bullshit piece, written by Maori affairs reporter numnuts Yvonne Tahana, is pitiful, but whats even more pitiful, in fact down right Machiavellian and a dangerous precedent is that the Herald (now that another version of the events leading up to the alleged attack on Griffin has emerged) has tried to conceal their role in the promulgation of what now appears to have been unadulterated police propaganda.

An officer in Kawhia was trying to make an arrest and the offender resisted arrest and was tasered and sprayed. His associates interfered and they’ve been locked up as well.

The police officer arrested the man’s associates when backup arrived.

Well the Fairfax article, inclusive of the images above, seems to tell a very different story. The man Griffin was arresting, according to eye witnesses (and apparently their all important video footage), was not resisting arrest at all. Rather it was allegedly aggression on the part of officer Perry Griffin and his fire service mates that triggered the brawl.

Ah yes the fire service mates (we are now working hard on getting their names), now there’s another area of discrepancy  According to the police, and as again reported by the New Zealand Herald, Officer Griffin called various police communication centres, and only when being unable to obtain police back-up the local rural fire service, after the brawl had erupted. Fairfax’s article has however a slightly different take on the timing of events: 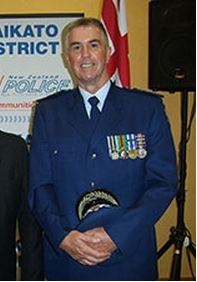 He also could not say whether the fire service was called as back-up before or after Griffin attempted to arrest Maikuku.

“They arrived while the events were taking place, but that’s all I’ve got at this stage.”

Carpenter was not shown the photos but said there was no way to determine what was happening based on Maikuku’s posture.

“Pepper spray was used in the process of trying to get him under control,” he said.

“The Taser was used because he was aggressive and he was resisting and obstructing and it was just used to try and pacify the situation in the best method that was available,” Carpenter said.

“At what stage your photograph’s been taken, I don’t know.”

The above stills were included in a story run by the Heralds competitor, the Fairfax owned Dom-Post, who simply referred to the stills as  “images”. Although they later changed the story and admitted to the fact that a smart-phone video of the event existed but had not been released to them on the advice of the photographers solicitor – Very good advice…..after-all its not at all wise to trust the New Zealand Media.

No doubt the MP4 footage will be used during an upcoming trial when the police, yet again, attempt to lay false charges against, what appears to be, yet another victim of New Zealand police brutality 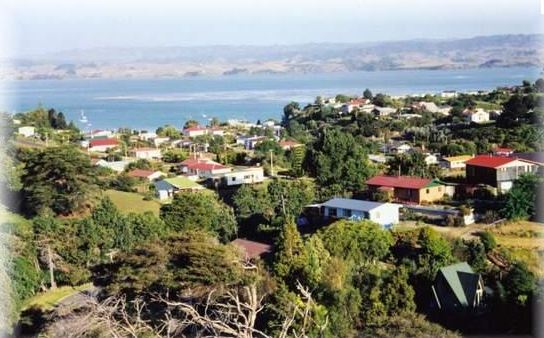 But wait there was to be yet more propaganda from the New Zealand Herald when they ran their later story “Fire officers aid cop after attack” on the 14/1/2013 , now we all know that in small rural communities anyone who wears a uniform (even if only on a volunteer part-time basis) tends to stick together (in fact they also tend to get pissed together) so its not at all unlikely that the so called “Local” Fire Officers where also telling pork pies in and around what had really occurred and the all important timing, but that possibility had obviously not dawned on the NZ Heralds staffers:

Fire officers only come to the aid of police officers once or twice a year, and only in rural communities, the Fire Service says.

Fire officers were called to help Constable Perry Griffin when he was knocked to the ground at Kawhia wharf on Friday evening by a group who allegedly kicked him, and took his Taser, radio and pepper spray.

Volunteer fire fighters were asked to help following a call from the Police Northern Communications Centre.

The Fire Service said it is very rare for police to ask for a volunteer fire brigade to help a police officer.

National operations manager Stu Rooney said, in these cases, firefighters were not police officers and have no power to arrest people.

“They respond as any member of the local community would, and do their best to calm down the situation and provide a neutral presence. Four people in yellow bunker coats turning up with an appliance can give those involved in an altercation something else to think about.”

And so the plot thickens. It seems to us here at Lauda Finem that, prima facie, this could be police behaviour similar in style to the Falwasser case (which also occurred in the Waikato Area Command), a case that we have not heard the last of with yet more allegations having surfaced of police corruption (although the NZ media have also pulled many of the online stories surrounding the latest allegations of corruption?).

Police Association president Greg O’Connor is concerned the people of Kawhia will start taking matters into their own hands if they no longer feel safe in their own community.

“That’s always the danger,” he said yesterday. “The good people in town have to feel safe, but they won’t feel safe if their police officer doesn’t feel safe and they may try taking things into their own hands.”

O’Connor said the association was particularly concerned about the spate of assaults on Waikato police officers and was now working with Police Commissioner Peter Marshall on ways to deal with the situation.

He was keen to see more staffing in Kawhia where police backup was “some distance away”.

“There needs to be a good look at Kawhia, now that there have been two reasonably serious assaults in the town,” he said…..

……….In calling for more staffing in Kawhia, O’Connor highlighted the decline in assaults on police in the Counties Manukau district where an injection of 300 staff had “empowered officers to do their jobs more effectively”.

“Police officers started to feel a lot safer and were able to do the job much better.”

But he said the country’s judicial system also had a role to play in stamping out attacks on officers.

“Police officers have to put up with a considerable amount of abuse and insults and it doesn’t help when you have a judge making comments that police officers being sworn at and abused is just part of the job. That needs to be addressed,” O’Connor said. 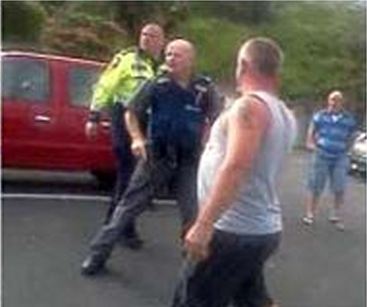 It seems to us that they already have Greg, or at least the blokes in the “local” volunteer fire service have. It seems, on the photographic evidence available, that they have certainly been caught red handed “taking matters into their own hands”. 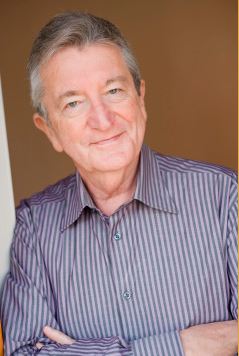 I have been wanting to say this for a long time. Police Association President, Greg O’Connor does himself and the police officers he represents a grave disservice by assuming the role of Counsel for the Defence with every complaint or criticism that is levelled against his members. I use the word ‘every’ advisedly, since I honestly cannot remember an occasion when I have heard Mr O’Connor admit that the police had got it wrong or when he failed to present a rationale or excuse for their behaviour. The result is that the currency of his argument is debased. No sensible person believes that the police are without flaw or that they always get it right. Yet that essentially seems to be  Mr O’Connor’s position.  Today’s news provides an example.

Good on Doctor Edwards, he’s always so painfully fucking polite. We would suggest that the New Zealand Herald start being honest with its readers, instead of readers having to trawl the web and rely on small media organisations within corrupt third world countries, such as Ghana, to locate stories that the Herald decides for very dubious reasons to pretend never existed:

Tumeke blogs angle on this police brutality story is also worth checking out: Kawhia cop out and Has anyone considered that maybe the NZ Police are cruising for a bruising?