Lauda Finem were advised earlier today, by an www.accforum.org insider, that Fran van Helmond had taken his poisonous website www.acclaim-waikato.org off line.

When one of us here at Lauda Finem visited the site in the early hours of this morning (AWDST) we were presented with a very strange “error 404” message, clearly written by van Helmond: 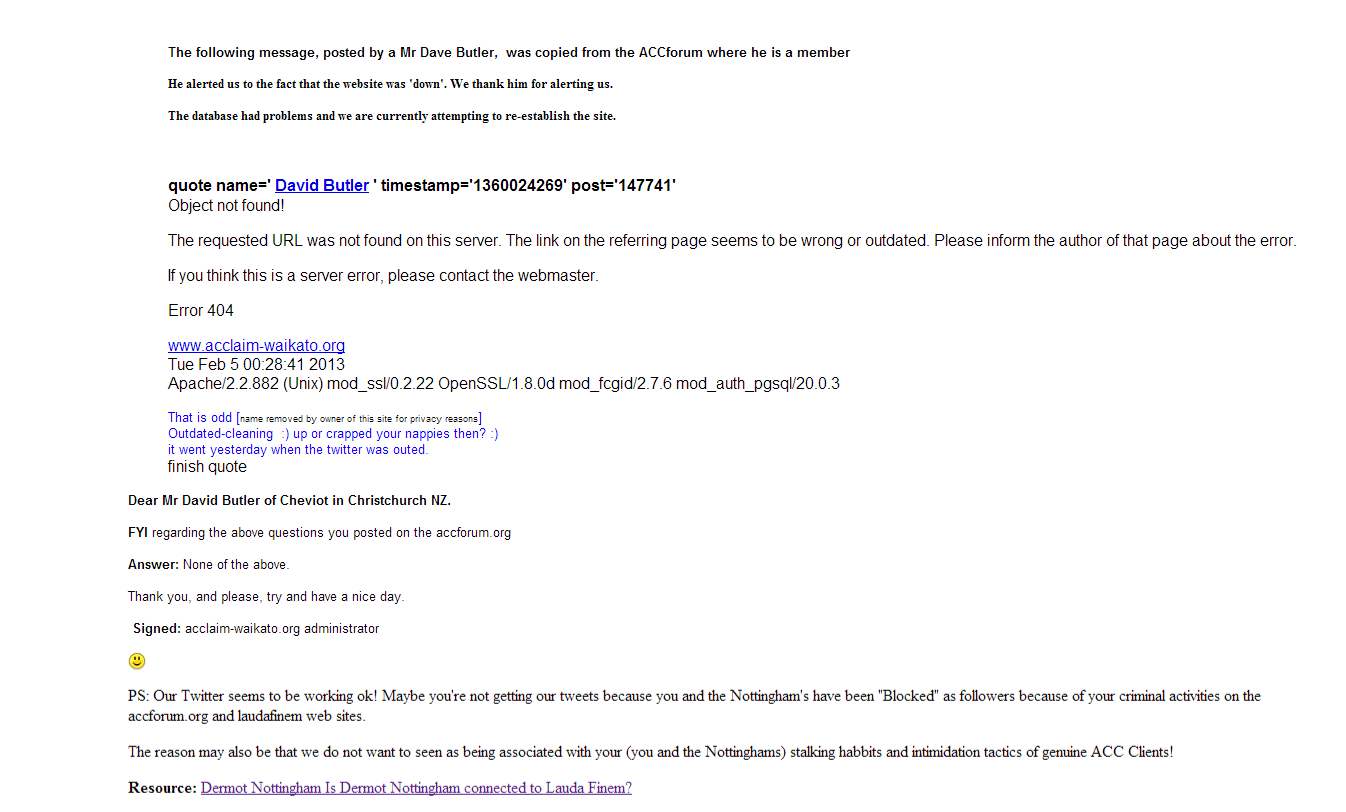 Screen grab one (Courtesy of a volunteer in Margaret river, WA)

Franciscus van Helmond is of course none other than the brother of convicted cyber stalker and black-mailer Henk van Helmond. Earlier this month Lauda Finem’s outing of Henk’s phoenix hate site resulted in that too being pulled down.

Franciscus van Helmond and his partners in cyber crime have known for quite some time that Lauda Finem and a whole host of affected professionals, all of whom have been defamed over a number of years, are fast closing in on them.

Lauda Finem has already managed to identify a whole raft of the online forums previously anonymous posters. A very nasty little cabal of men and women who have for the past decade wrought utter havoc on the reputations of many innocent men and women using the internet; being responsible for posting outrageously defamatory material, under the guise of “free speech”,  false accusations which were only ever by design posted so as to damage the individuals reputations and incomes.

The truth, genuinely held beliefs or opinions are one thing, but when false allegations of rape, violence, rorting and criminal offending are made with the deliberate intention of destroying the reputations and incomes of innocent parties that’s quite another and Mr van Helmond has at last realised the very real legal jeopardy he and his followers are now in.

As van Helmond states in his contrived “error 404” message above, “the data base had problems and we are currently attempting to re-establish the site”. The so called “data base” did indeed have a few “problems”, it was loaded with highly defamatory material and evidence of serious criminal cyber-stalking of Accident Compensation Corporation staff, ACC contracted doctors and allied professionals, such as psychologists and physiotherapists.

The stalking and abuse had gone even further with van Helmond’s associates using the site to defame anyone they did not like or even those that may have simply “crossed them“, including in some cases ex-spouses; the exact same MO and criminal behaviour that van Helmond’s brother Henk had been sent down for.

When we checked back later this morning (AEDST) Fran van Helmond had had second thoughts about who he should falsely blame for his sites absence and (no doubt hoping that no one had managed to grab a “happy snap“) had again changed the reasons for his sites conspicuous absence. 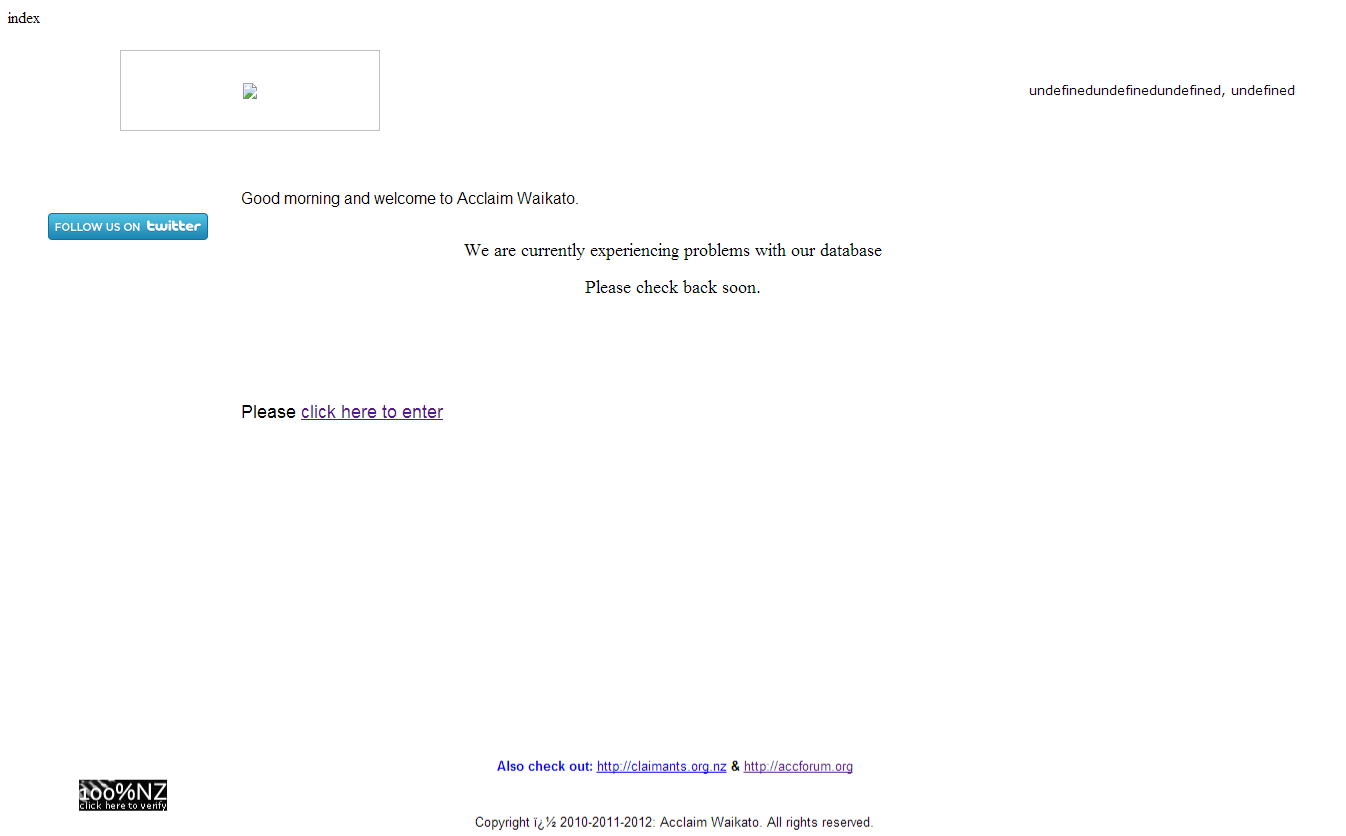 We had already warned these cyber creeps and complete nut-jobs that Lauda Finem is manned around the clock with volunteers in several time zone’s but that warning obviously went unheeded; or perhaps it was just a case of van Helmond, like his forum buddy Douglas James Weal, being completely pissed when he decided to put up his first page (WA screen grab one).

There’s much more to come on the unraveling of these so-called “anti ACC” hate sites, but next up is a piece on the New Zealand National party and a few very odd events (the New Zealand press material below is well worth a read, as it provides some background):