Too many thick trolls getting gravy – Jackie “belted” Blue gets new gravy jug.

Flattering photo op: MP Jackie Blue, the latest in a raft of National Party pigs sticking their snouts into the taxpayers trough

This mornings New Zealand Herald ran a piece “Colin Craig warns on satirical quote“. It seems that certain Kiwi pollies get their noses bent out of joint when bloggers do a pisstake, questioning their values and the political spin they promote:

“Conservatives leader Colin Craig says his threat of legal action against a satirical website for a post on the gay marriage bill does not mean he lacks a sense of humour – but warned any attempts to attribute false quotes to him would get similar treatment.”

It also seems that New Zealand National Party “cling-ons“ don’t much enjoy being pilloried with that nasty of all political nasty’s, humour, by the blogosphere. This political phenomena we’ve all come to call “lash-out“ appears to be most prevalent when John Key devotees, whinging clunge’s and bully-boys like Colin Graig, are most deserving of contempt and ridicule. Especially when they are caught red handed engaging in political cronyism and nepotism. So one of us here at LF, a real rat face arse wagon, thought that they would take a very cynical, albeit humorous, look at yet another of John Keys corrupt political cronies:

The latest thick National Party “troll girl” being given the go ahead to stick her snout in the money trough of overpaid and underachieving politically correct gravy train jobs is failed list MP Jackie “belted” Blue. 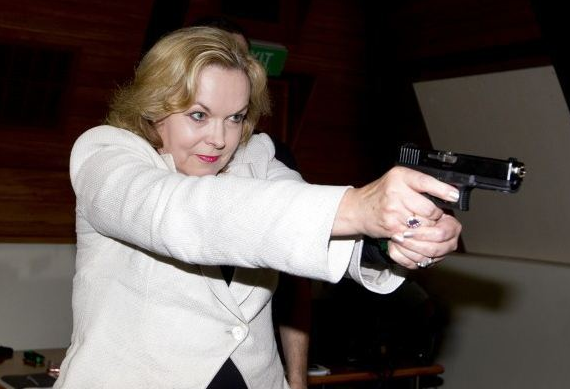 Yet another of those flattering photo op’s: Judith “Mad-dog” Collins failed tax lawyer turned NZ’s Minister for injustice and the chair of the National Party’s Committee on the appointment of Crony’s

Its not that Jackie Blue has achieved anything – frankly speaking she hasn’t; but it’s the fact that Ms Blue purports to have done something other than jump on the latest gravy train whistling by.  First it was her burgeoning awareness of breast cancer; what the fuck would Ms Blue know about breasts – she clearly ain’t got no breasts; although she is herself one prize tit; A prize shitbag in fact.

When too many were aboard she jumped from the GP train to the MP one, but could only ever manage cattle class, simply because even John Key realized she had mad cow disease.

LF posted a few pieces a year or so back about how dishonest, corrupt, and stupid this troll was when she assisted Ray White Real Estate Agent Martin Honey commit fraud, make false criminal complaints against others, and defeat the course of justice, but of course thicker than pig shit Judith Collins would find such qualities endearing for the new job as the equal opportunities employment commissioner where she can bring her talents for corruption and cronyism to bear for her National Party cabal of criminally minded associates. 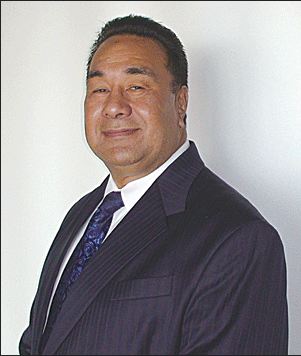 Yet another of those very smug National fucktards: David Haung, Judith Collins, half  Samoan/Chinese husband, an ex-cop to boot. Ms Collins is really into equal opportunities; especially when they are “Chink” and or “rent a cop” National Party supporters

Ms Blue didn’t have to work at being thick.  She was born with that particular impediment.  She, however, managed to get over the hurdle by studying as hard as she could, and most of the time it was that effort and not her marks that impressed the tutors.  In med school it was alleged that Ms Blue was stealing “Kiddie dope“, but then the Doctor that made the allegation realized it could not have been her when Ms Blue turned up to be tested and when asked by the doctor whether or not she would fail the drugs test, she replied; it wasn’t me I was studying real hard.

But that particular episode pales into insignificance when compared to the allegation that she  offered the Surgeon General a cigarette, and that later that evening her last, now deceased, husband walked in on Jackie with the local butcher.

The first thing Jackie, allegedley, said to her husband was “don’t tell the milkman”. Jackie’s husband forgave her as he knew that she was so dumb that she could be taken advantage off, and she promised that she would reform.

But the marriage unfortunately ended when her late husband arrived back from a business trip to laos, and obviously not wanting to have to face Jackie immediately grabbed a taxi at the airport asking the driver to take him to where the action was; with a screech of brakes the cab driver did an illegal u-turn and escorted by the New Zealand police, 25 minute later, arrived at Ms Blue’s house.

Jackie suffered chronic pain in her back and went to her doctor, the only one she had not slept with.  The doctor opined it was because of her legendary promiscuity.  She asked for a second opinion. He stated that she was ugly as well.

Apparently Jackie was in an unhappy relationship where her partner believed in flying saucers……..plates, cups, pots, mugs.

Jackie was as surprised as anyone when she came second in a two candidate race in Mt Roskill, she thought she would come last.  For Jackie political jokes are too close to home – she got elected. 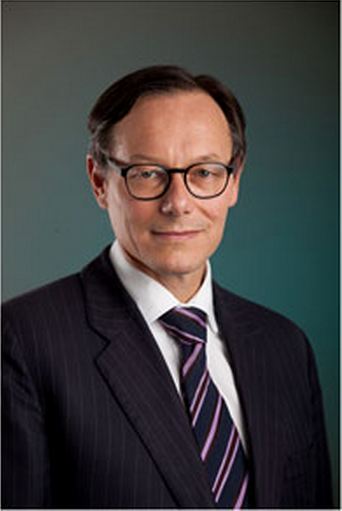 Once Jackie was on tour in her local electorate.  She went into a pet store, and one of the kids approached her and then turned and asked the shop assistant “how big jackie would get”.   Apparently Jackie’s parents hated her – her bath toys were a “plugged in” hair dryer and toaster.  Once when Jackie was a child she became lost, she approached a policeman asking him to help her find her parents – she allegedly said “do you think we’ll ever find them” to which the cop responded “dunno there are so many places they could be hiding”.

Fairly recently Ms Jackie went to the doctor suffering from low self-esteem.  Jackie whined that when she got up in the morning and looked in the mirror she felt like throwing up.  The doctor was unable to diagnose the problem but assured Jackie that, as is often said, she had 20/20 vision.   The very next day Jackie returned informing her doctor that she had just taken a whole bottle of Temazepam – her doctor told her to go home have a couple of drinks and get some rest.

From the very moment of Jackies birth things looked bad.  When Jackie was born the doctor came into the hospital waiting room saying to jackies dad “we did absolutely everything we could – but unfortunately she eventually pulled through”.

Jackies initial claim to fame was when she was a poster baby – for birth control.   Ms Jackies teacher referred to her as an “ugly fuckling” in a school report, and when questioned by her parents, he again repeated the observation, with indignation, as to the reason for the parents question.

Jackie is a political rat-fuck leaving the New Zealand National Party’s sinking bullion ship. A ship that is now riding rather high in the water with National Party “troll-magnet” and Captain,  John Key, having emptied the Galleons holds to his own, and his mates, coffers.  What has surprised Lauda Finem is that Ms Jackie “Belted” Blue was bright enough to realize that come November 2013 her political career, just like another NZ political wannabe “Russell Fairbrother”, had amounted to absolutely nothing, would have been over anyway.