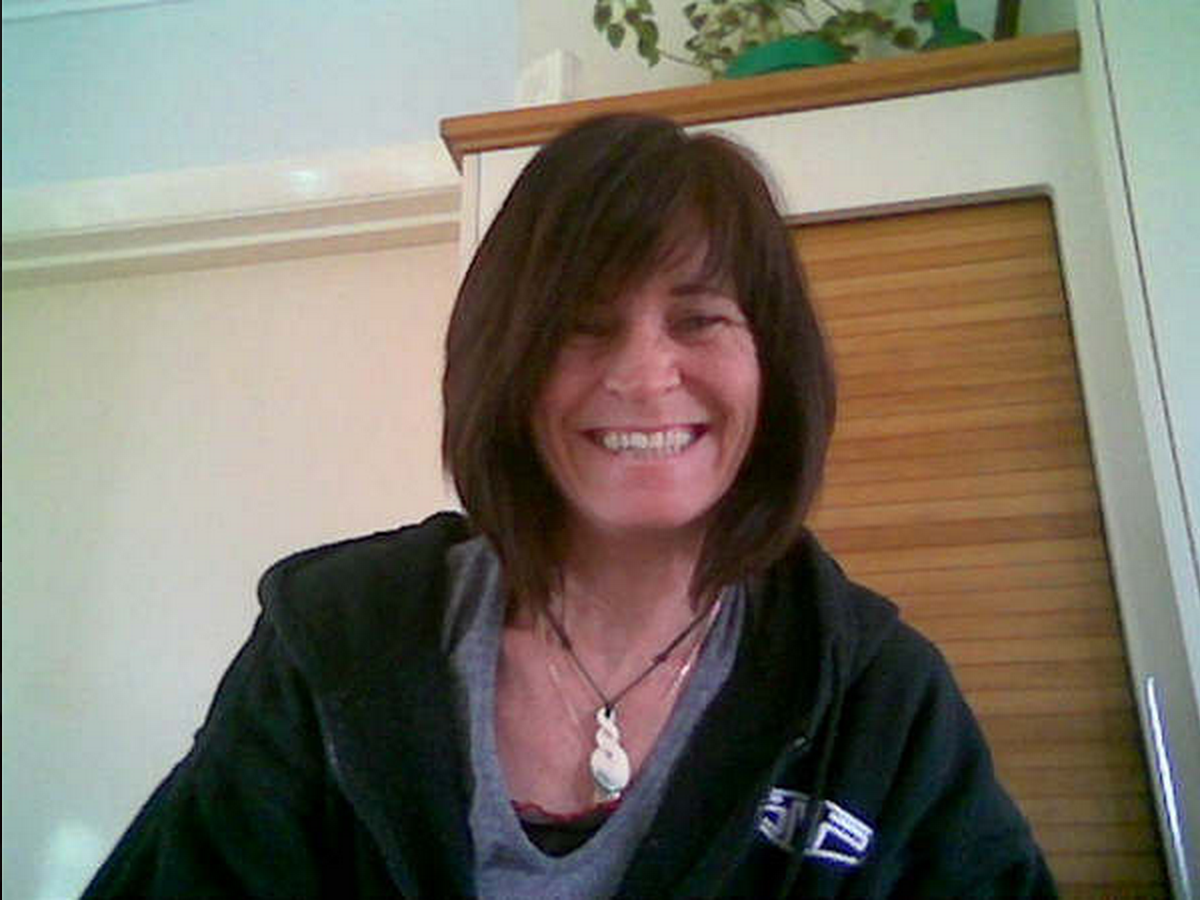 Leslie Tamateatu Urquhart Barrett, 55, a part time South Island regional organiser for ACC Forum was sentenced to 7 months home detention in the Christcurch District Court this week. Barrett was initially apprehended for speeding and swerving with intent in a wheel chair on the main road through Ashburton.

It was only when asked to pull over that this dodgy self styled ACC forum organizer decided to leg it and leapt from his speeding wheelchair and made a dash for the hills.

Barrett best known as a 10,000 metre specialist had just finished close to the money in the veterans section of the coast to coast run, when private investigators caught up to him and asked for a chat. So chat he did and fessed up to fraudulently claiming over $ 4000-00 dollars from the ACC ( Accident Compensation Corporation) in disability allowances. Apparently he had been dobbed in by his mates in the South Canterbury screaming Eagles parachute club. Barrett is also a member of the South Canterbury cross country harriers running club voiced concern that he was caught. 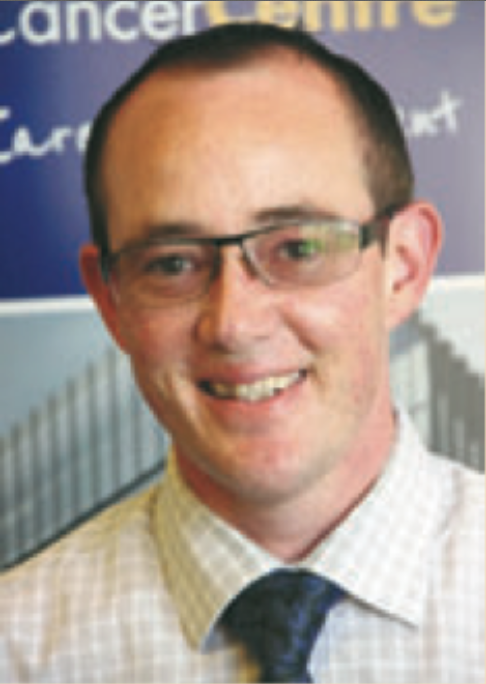 Barrett was also ordered to pay back the money he defrauded as well as $2070-00 in witnesses expenses and $ 960-00 being the cost of his prosecution. Lauda Finem approached the General Manager of Claims for comment but Mr Sid Miller told us to sling our hook, he was to busy having a long lunch and spending his exorbitant salary. “I’m in the office two days a week, otherwise you can catch up for a chat at the Harewood Golf course, club house most mornings”. (The ACC is a New Zealand compulsory accident insurance scheme.)

When LF tried again, catching up with Sid Miller over a liquid lunch at the Harewood club house he said he had no issue with Barretts physical exercise regime as it showed he was working hard at the rehabilitation of his sprained back, he did however have an issue with him turning up to his doctors appointments in a wheel chair. LF have issues with the “clown in a gown” medico halfwit who was responsible for issuing the doctors certificates excusing this man from work.

The face of the Takapuna Bomber Alan Thomas. Thomas’s injury – beaten with a stupid stick till it broke – symptomatology – gets lost falling down – and had trouble breathing till someone gave him written instructions.

ACCForum Fraudster Alan Gordon Thomas apparently refuses to accept that Urquhart Barrett was guilty of the fraud, preferring to blame ACC for a medical mix up – But then again Thomas himself is pretty mixed up, with a string of criminal convictions, having done some serious prison time, for defrauding and plotting to bomb the New Zealand Accident Compensation Commissions offices over the years

LF also interviewed ACC forums founder and organizer, Arrin Wislang, now working at the Ballarat Health Board, for comment. Wislang asked us not to contact him during work ours and no he couldn’t comment as he was far to busy writing out certificates excusing work cover claimants from working. We asked if he was a doctor and he snarled back not being a doctor never stopped his uncle, former NZ hair specialist, and snake oil salesman, ex Dr Miles ‘Wizbang’ Wislang.

Barrett confirmed that there was allways a silver lining to his conviction and sentence. He has more time on his hands to contribute to Acc forum’s on line discussions.  Other senior members of www.accforum.org were shocked at the fact that Urquhart Barret had been caught red handed this inevitably led to an online backlash against LF. There was the little ditty contributed by long time forum organiser Jennifer Wrong, aka “Jaffa”

What amuses Team LF about these clowns is the fact that they have no grip on reality, nor for that matter New Zealands Crimes Act. Forum founder, the alleged mastermind behind the Takapuna Bomb Plot, Alan Thomas didn’t really appear to understand what constitutes ACC fraud, Thomas’s demonstrated pathology could well explain the string of criminal convictions and his documented tendency for interposing fantasy with reality.

Then there was a little ditty from the Forum’s East Cape organiser Irene de Marco, aka “Not Their Victim” a close associate of Jennifer Wrong. Irene was apparently a little disapointed that she had yet to be featured on laudafinem.com. In fact she genuinely believed, at least back in December 2013, that unlike the other forum organisers, all ACC fraudsters, her own identity, beyond the bullshit online monikers she employed was not known to LF;

Unfortunately for Irene however LF have been aware of her identity for what is now fast approaching two years. In fact LF have been keeping a close eye on Irene whilst she goes about her everyday business when she’s not busy online slagging off ACC case managers and the ACC investigators, the likes of which caught Leslie Tamateatu Urquhart Barrett faking his disability. Its only a matter of time before these malingering scumbags find themselves sharing a prison cell with Urquhart Barrett. 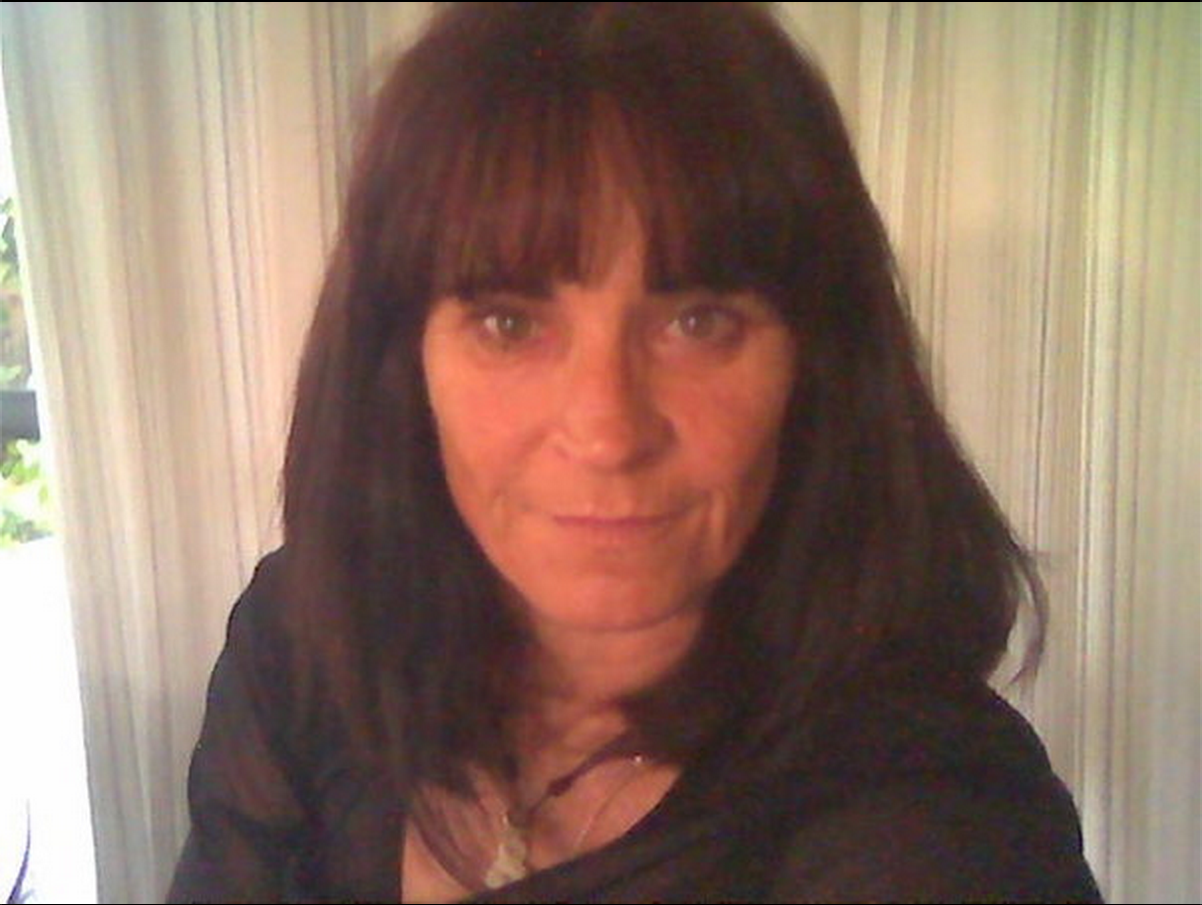 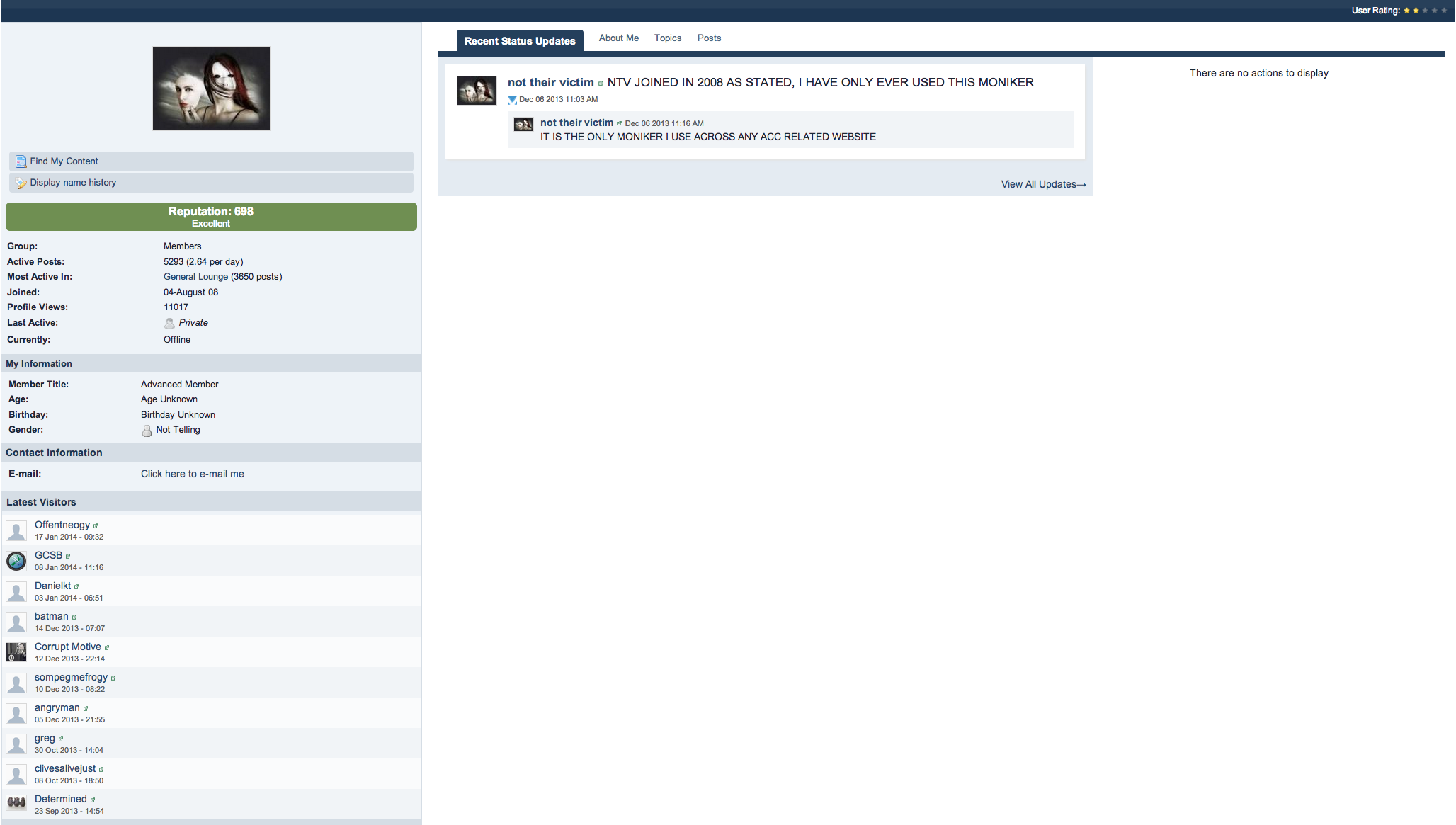 We here at LF trust that we’ve made Irene de Marco’s day and that she is happy now that we’ve helped to make her and her ACC fruadster buddy, Urquhart Barretts wishes come true, or as Andy Warhol extolled, LF having given them both their 15 minutes of fame. We know that Irene certainly craved it, we’re not so sure about how Urquhart Barrett now feels about the circumstances surrounding new found infamy.

Of course in reality both Urquhart Barrett and de Marco dreaded LF investigating the ACC claims and online activities. In fact way back in February 2013 Irene was attempting to get her mates on the forum to lodge complaints with wordpress, we’re not sure why, LF had ceased to be a wordpress blog in 2011. But then again you only need to take one look at Irene to see that she’s not a particularly bright specimen, even by New Zealands inbred, genetically compromised, standards.

Of course the numb nuts involved with www.accforum have over the past few years attempted to attack LF for exposing the forums role in assisting its membership with the information, networking, and various other means likely to assist the average garden variety fucktard in defrauding the New Zealand tax payer; these hopeless, halfbaked, ineffectual attacks have of course amounted to a big fat zero, a more than admirable result given the intellects behind the effort. A fact that readers will apprciate even more when they read the judgement of D A Ongley DCJ in De Marco V The Accident Compensation Corporation (below) ……Keep smiling Irene de Marco, LF nailed your little buddy, and fraudster, Mr Urquhart-Barrett, are you next in line Irene? Say goodnight Irene!