THE GRAND POO BA OF CORPORATE CRIME HAS HIS DAY IN THE CRIMINAL COURT. COSEY HUGH. LOVE WHAT THEY HAVE DONE WITH BARS.

Mr consensus reality, all round “Good Guy”, charitable christian and ex clown in a gown with a funny horse hair wig, Hugh Edward Staples Hamilton is in the dock facing trial over 17 charges of theft by a person in a pin stripe suit and mayoral chains. The Mayoral chains hopefully will be replaced with the carbon steel ones and a shinny set of new leg irons.

This scum sucking low life member of the exalted “legal profession” was pinged doing the dodgy dirty on the greedy grey National party retiree’s and investors…the bastard! Now normally this clown would have gotten away with it, having the Law Society and the National Government running interference for him, but not this time. You just do not shit in your own glass house or throw stones in you neighbours nest….or something like that.

So why did Hugh Hamilton do the dirty…. What a question to ask. Hamilton is a recidivist offender who hasn’t been caught yet, he was a fucking lawyer after all. The only profession where talking lots of shite amounts to being sagacious and allegedly clever. LF has just done a piece on low life snake oil salesman Big Mickey “the Dago” Vukcevic who did his best to fake being a clown in a gown and managed to get away with it for years, probably because he was over qualified in every respect, being a conman and a serial fraudster, no one had reason to suspect the Victoria Uni LLb was as phoney as Vukcevic himself. 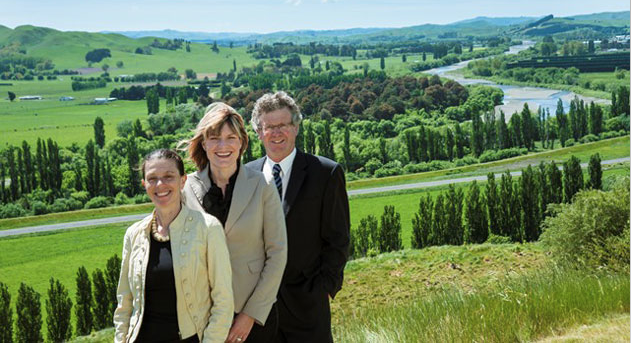 The current team at Davidson, Armstrong and Campbell Legal (DACLegal), no doubt keen to have seen the arse end of Hamilton and his brothel

Hamilton, a former partner of DAC Legal and the ex Mayor of Central Hawks Bay (6 years) and past president of the Waipukurau Rotary club, Chairman of the Central Rugby Sports club; best known for his larrikin behavior in the showers after a couple of jugs, and grand Pooh Ba of the Hawks Bay sheep shaggers association, is accused of fronting a sham operation to funnel investor funds from finance company fucktards “Belgrave” Finance.

Its not looking that hot for Hamilton whose co conspirators have either deid of cancer or done the decent thing an admitted the offending “Mea Culpa”. A scheme was hatched whereby property developer Raymond Schofield and Hamilton purchased Belgrave but hid Schofields identity so that illegal related party loans could be advanced to Schofield with the assistance of  Belgrave directors Shane Buckley and Stephen Smith. Smith and Buckley are doing porridge in the big house after fessing up to their involvement. Hamilton is going down fighting…who the fuck does this toady think….oh yeah he’s also a recipient of the New Zealand Order of Merit. OK so he’s a good old boy in blue tie, dark suit and a card carrying member of the Naughty Nats. Hang on, back up just a little……. Order of Merit?  Can anyone else see something seriously wrong with Hamilton’s credentials, ah he must have been Life member of the Naughty Nats, that would explain everything. The question is, will John Key find a way to avoid having to take Hamilton’s pressie from Liz Rex off him, you know just as John-boy Key managed with ‘Sir’ Douglas Graham?:

The New Zealand Order of Merit is an order of chivalry established on 30 May 1996 by Elizabeth II, Queen of New Zealand, “for those persons who in any field of endeavour, have rendered meritorious service to the Crown and nation or who have become distinguished (fraudsters) by their eminence, talents, contributions or other merits”,[1] to recognise outstanding service to (Crime), the Crown and people of New Zealand in a civil or military capacity. Can anyone else see something seriously wrong with Hamilton’s credentials? 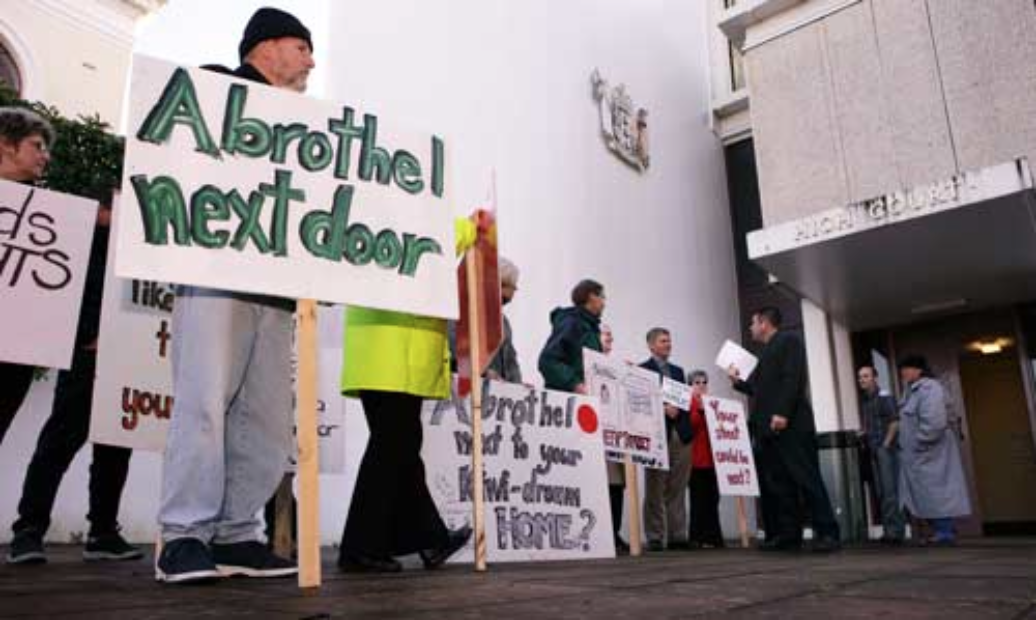 He could have a very good chance of walking from this, if not it will be a bracelet on the ankle and a judgment with the words “ he did nothing dishonest but is caught by the wording of the Act”.  Hamilton was struck off the list of the Criminally insane…sorry list of barristers and solicitors by the Law Society after a slap up dinner at the Northern Club. Hamilton had also been facing bankruptcy proceedings brought over a debt for the purchase of a Wellington brothel. A “whore mongering Lawyer” We ‘d like to meet this bastard, he sounds pretty much like every other run of the mill small town Kiwi Mayor and bent provincial lawyer.