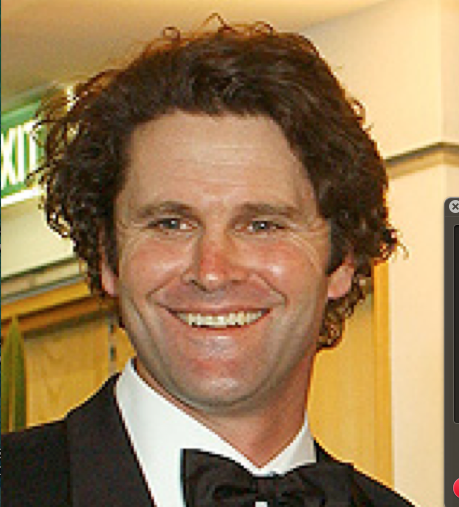 Is Chris Cairns batting for a six – A six year jail term, if convicted?

LF readership – mark our words on this Twenty Eighth day of March in the year of our Lord Two Thousand and Fourteen, LF believes it knows what the future holds for soon to be prisoner Christopher Cairns.

For the Pommie and Kiwi police to have “united in the investigation”, this means that they have sufficient evidence to arrest Cairns, but are playing it slow and low to be able to have Cairns think that he should give a statement.

A few years back Cairns sued for defamation relating to match fixing allegations and won against Lalit Modi and obtained an award of 90,000 pounds.  Lalit was unsuccessful on appeal. 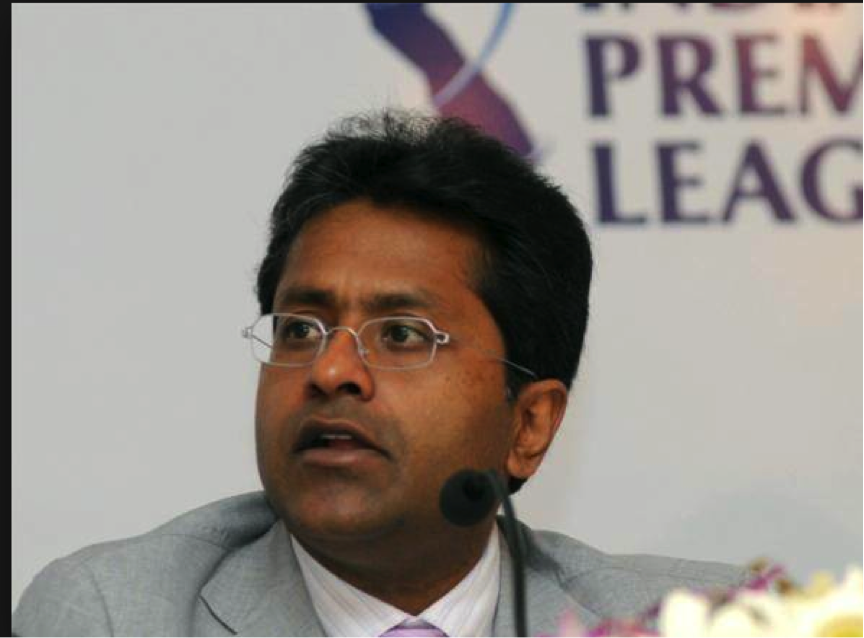 Lalit Modi, a man that might be ninety thousand pounds heavier – in the wallet – and his name cleared if Cairns is charged, and new evidence published. Imagine the spin that would be created in the Indian media.

We suspect that the Plods have spoken to Cairns ex wife, who gave evidence at trial before Justice Bean in London. Cairns friend and lawyer Andrew Fitch-Holland was arrested for conspiring to defeat the course of justice relating to a civil High Court case in London.  Cairns defamation was in the High Court civil registry in London. A connection? – we think so.

We suspect that the ex wife was given the hard word and has fessed up that her evidence before the High Court in London was perjury and that Cairns had in fact been sacked from his highly lucrative contract for the ICL Chandigarh Lions for alleged “match fixing”. Cairns alleged that he was sacked for having a “bad ankle”.

LF thinks its time for Cairns past to be stripped of its accolades and replaced with the trophies of truth – just like has happened with other cunts that have sued people proclaiming before God that they never ever cheated. 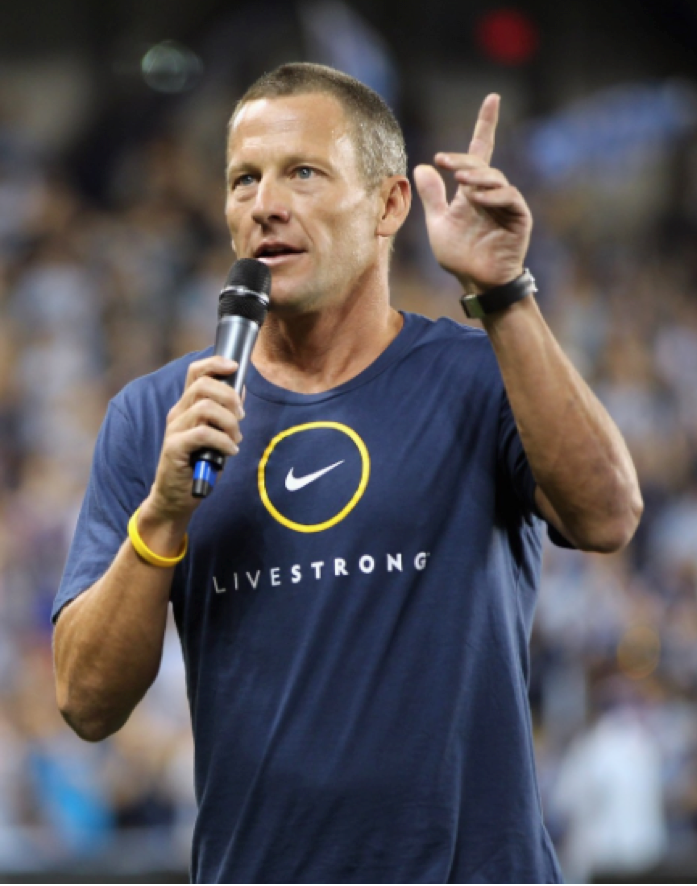 The big guy upstairs knows – Before God I swear on the bible – I did not take drugs. Lance Armstrong – Great Champ to greedy chump.

If Cairns faces charges and is convicted of match fixing, he will also face charges for perjury, and conspiring to defeat the course of justice. Serious shower therapy will allow time for that “painful ankle” to mend.

Like disgraced Armstrong, Cairns has always claimed his innocence, but LF feels that his claims will amount to nothing, and he will face the wrath of true justice, not the falsity of what occurred before Justice Bean, when Bean was lied too by Cairns wife, and his lawyer Andrew Fitch – Holland. Bean J myopically prattled;

“It is obvious that an allegation that a professional cricketer is a match-fixer goes to the core attributes of his personality and, if true, entirely destroys his reputation for integrity.

“The allegation is not as serious as one of involvement in terrorism or sexual offences (to take two examples from recent cases). But it is otherwise as serious an allegation as anyone could make against a professional sportsman.”

Bean J stated that Modi’s lawyers had launched a “sustained and aggressive” attack on Cairns, with the words “liar”, “lie” and “lies” used 24 times.  Cairns is a fucking liar – hes been married three fucking times, and has left two of them before death, and in the poop.

To reflect his findings of Cairns integrity, Bean J increased the damages by about 20 percent, from a starting point of £75,000 to £90,000. Bean J is going to look like a complete fucktard if Cairns is the next Armstrong.

When Modis lawyers appealed the same sort of shit came out of the English Appellate Court where the Court found that Bean J had awarded a proportionate amount to the seriousness of the allegations against Cairns, and the amount would serve to vindicate Cairns reputation.  Well gentlemen, we feel that it will be the English Courts that will need to repair their reputations after this game plays out.

After a tumultuous day following the arrest in England of his close friend and lawyer Andrew Fitch-Holland, Cairns said the ICC had been in contact with him. Cairns confirmed he had also been approached by “representatives from the New Zealand and British police, working together”. LF feels it will be “one collar each” as a prize.

Cairns told the MSM that he was shocked at news that London-based Fitch-Holland had been arrested, on Wednesday, by metropolitan police on suspicion of perverting the course of justice in relation to a High Court civil case. Well of course Cairns would have been more than shocked, he would have likely shat his whites. 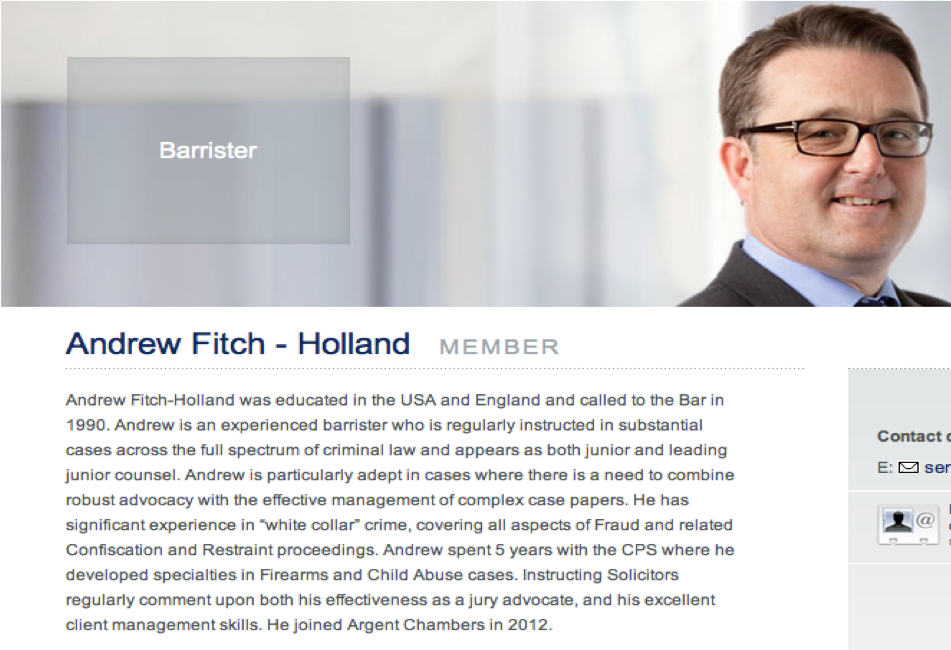 Fitch-Holland – Expert on “white collar crime” – well he just got his collar felt big time – and spent a few days in custody whilst Cairns was interviewed. This means the Plods wanted Cairns “excuses” so they have his evidence in the bag before they bowl Cairns.

Fitch-Holland appeared in the court case and confirmed Cairns’ version of events that he was sacked by the ICL Chandigarh Lions team not for match-fixing, but because he failed to disclose an ankle injury.

Cairns captained the Chandigarh Lions, which included former Black Caps team-mates Lou Vincent and Daryl Tuffey. The trio was first linked by international media reports to an ICC match-fixing investigation late last year. Soon after, Vincent and Tuffey publicly said they were co-operating with investigators while Cairns complained he was being “kept in the dark”.

However, Cairns confirmed that he has now been approached “at last” and would co-operate with ICC anti-corruption investigators. He said he would take the same approach with British and New Zealand police, adding he expected to be interviewed in the next few days.

Cairns protests too loud for LF’s liking – “I have nothing to hide. I simply wish to see a fair process that will enable me to clear my name and get on with my life.”

During the defamation trial before Bean J, evidence was submitted regarding an important international telephone conversation between Cairns and Fitch-Holland on the night the ICL terminated his playing contract.

Cairns had phoned Fitch-Holland from India seeking advice during a meeting with ICL officials.

Justice Bean’s judgment says Fitch-Holland’s evidence was that Cairns did not mention any accusations of match-fixing had been made against him during the meeting and had said ICL officials had terminated his contract because he had hidden the true state of his fitness. Cairns had an ankle injury at the time that had been aggravated by a 1000km charity walk.

Fitch- Holland gave evidence – “He said he thought he was being made an example of, and he wanted my view,” – “At no stage during the telephone call did Mr Cairns mention or refer to match fixing”.

Sacked for a sore ankle – fuck that sounds acceptable behaviour towards Cairns. What has happened is that Modi has gone and found the evidence he needs to see Cairns put away for a good long stretch.

Justice Bean’s judgment said he accepted Fitch-Holland’s “evidence about the conversation with Mr Cairns immediately after the Shangri-La Hotel meeting.

Justice Bean also noted that Cairns did not raise match-fixing allegations in a discussion the same night with his wife on why his contract had been terminated.

“Like Mr Fitch-Holland, Mrs Cairns told me that on the night of the Shangri-La Hotel meeting the claimant [Cairns] said that he had been dismissed because of his injury”.

Tuffey also provided evidence on Cairns’ behalf in the high court case. He provided a witness statement saying he had no reason to suspect that Cairns or any of his Lions team mates were involved in “match fixing or cheating of any kind”. 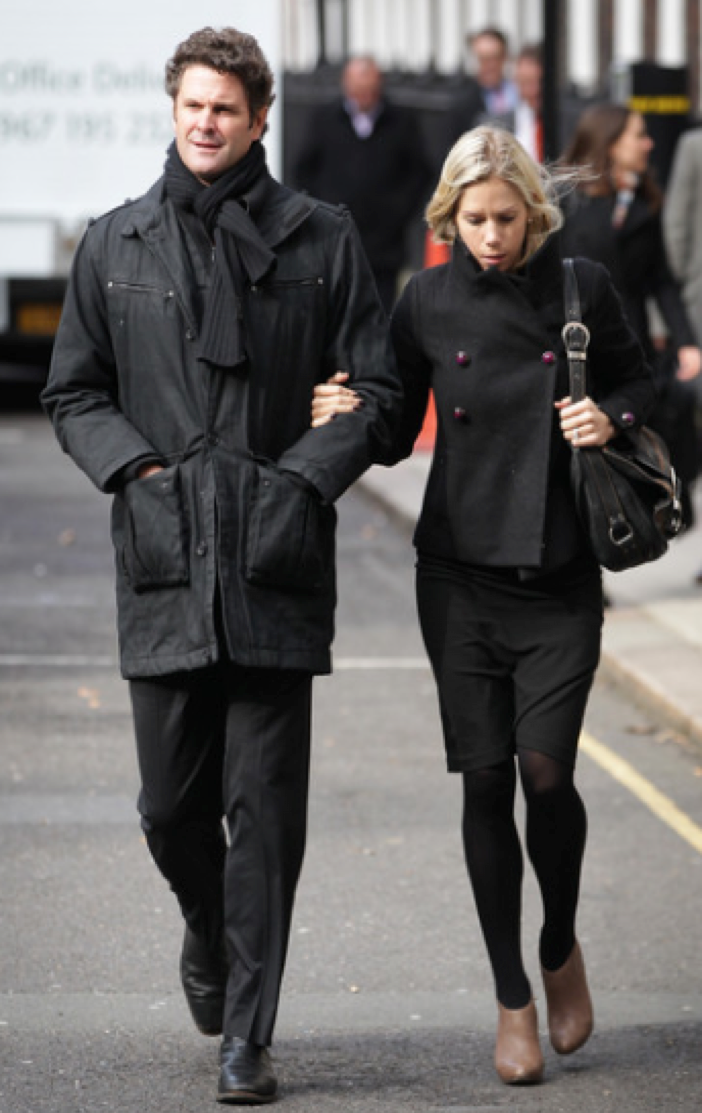 Dead reputation walking – LF has a sneaking suspicion that ubergripper Chris Cairns can’t fudge his way out of having his collar felt in the next month or so. Imagine being a fly on the wall when that occurs.

Andrew Fitch-Holland, said to the MSM just before his case went before Bean J:

“Chris believes he has no future in any form of the game. He feels he’s been made a pariah. He said to me today, ‘That’s me finished in cricket for the next 30 years.’ He’s devastated, he’s angry.”

Well Mr Fitch-Holland it appears that some people feel that justice has not been served by the findings of Bean J and that the plods have sufficient evidence, not only to charge you with “conspiring to defeat the course of justice”, but to fly all around the globe obtaining witness statements. A conspiracy needs more than one person, and it needs an agreement that is inimical to the public good. For fucks sake, who else but Chris “cunning-cunt” Cairns could have any reason to get his sleazy legal bitch Andrew “darling” Fitch-Holland to stand up in the witness box as “an officer of the Court” and all of that bullshit, and mislead the Court.

Convicted criminal and wife smasher Tony “tough on the ladies” Veitch came to support his mate Cairns by allowing Cairns airtime to inform New Zealanders that Cairns was the target of false accusations that will seemingly not go away.  Well the allegations against the likes of Lance Armstrong did not go away and look what happened there. 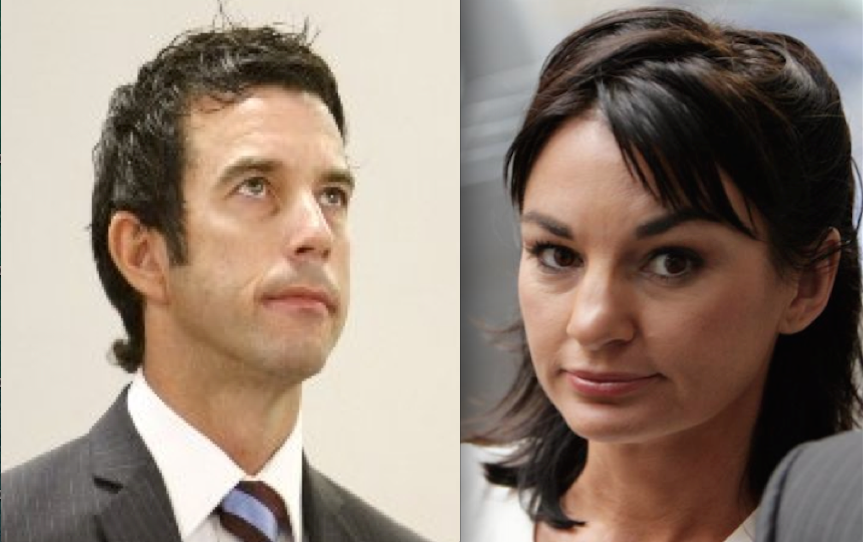 As this plays out we will keep our readership up to speed with Cairns greed.

UPDATE (19th May 2014): The Dark Ises, A Dirty Little place To Do Business – Kiwi Black Caps In Match Fixing Scandal

Categorised in: Editorial, Miscarriage Of Justice