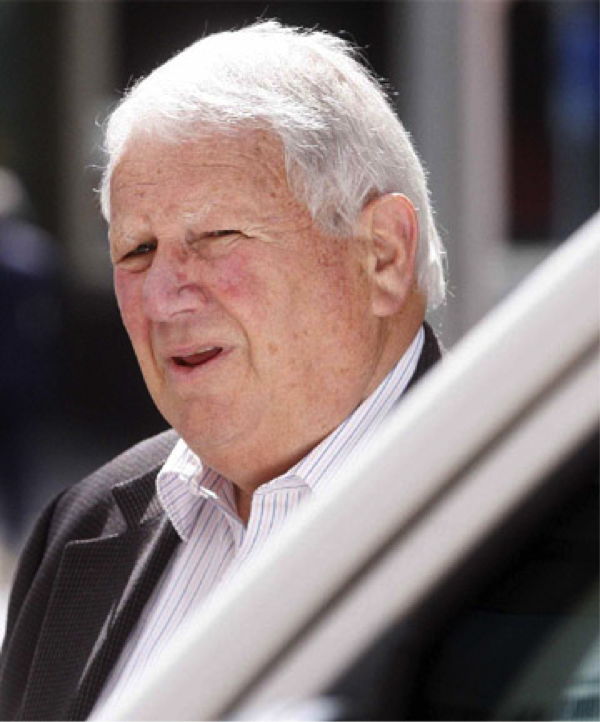 Ronald Rosenberg 72, Managing Director of Wellington gas retailer E-gas was looking forward to retirement after a lifetime of hard work.

However, the former head of the NZ Pharmaceutical Society, National Party stalwart, and [consensus reality] all round nice guy got his wish in a way that he likely never intended – Ronald is likely to spend the best part of his retirement as a free guest of Her Majesty the Queen.

Rosenberg a prominent member of the NZ horse racing community and multi millionaire was extremely disappointed to have been, firstly caught, and secondly convicted of the wholesale theft of Gas from suppliers to his company.

Rosenberg’s lawyer Richard Laurenson said his client said it was a “deliberate management strategy”, which started in 2005 in consultation with Hunt and others.Strangely enough that company went broke dispite the fact that it did didn’t pay for $17m dollars worth of gas.

Well despite Rosenberg’s “deliberate management strategy” he was convicted of 41 charges of fraudulent misrepresenting the amount of gas he retailed; it was just $17m or so dollars. Convicted along side this old reprobate was his former General Manager and gas-guzzling moron Sydney [Lio] Hunt 46.

Hunt didn’t have the $3.3m penthouse apartment like Rosenberg, but he did have a veracious appetite for other people’s money.

Both these fraudsters put the SFO to the test and pled not guilty hoping on the off chance to get off.

National Party president Peter Goodfellow initially declined to comment on the status of Mr Rosenberg or his association with the National Party. Rumors have it that Goodfellow is too busy tying to dispel rumors of his historical involvement with slavery at sea over the Sanford Fisheries saga. 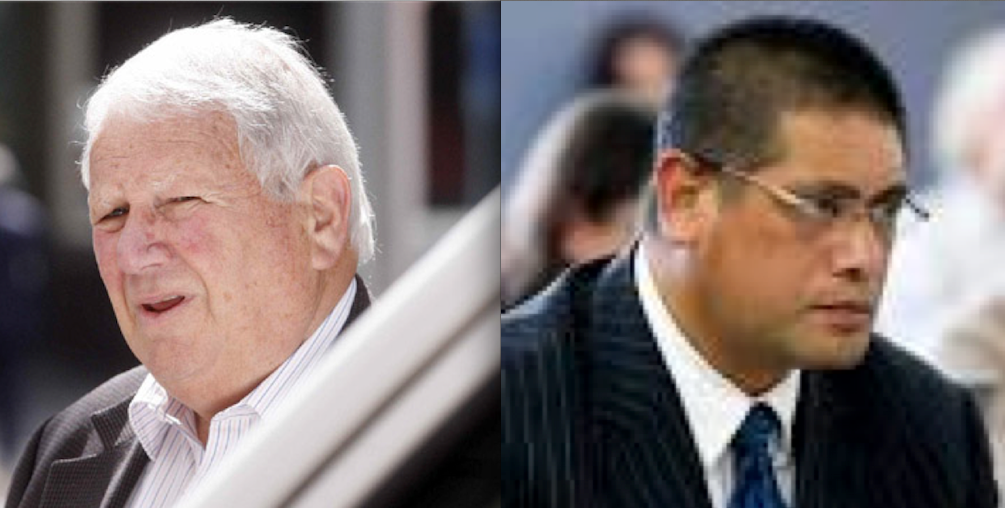 What a gas – Sydney “cunt” Hunt (R) and Ron “the great gas robber” Rosenberg (L) have had their collars felt and no doubt observed that their sphincters tightened just a little, as the judge indicated they could face a little prison time.

Judge Davidson ordered pre-sentence and reparation reports for the pair.

He told them that while the pre-sentence report covered the feasibility of home detention, they were to be “under no illusion” that a prison term was possible.

Pharmaceutical Society President Dale Griffiths was also running for cover and refusing to comment on the convictions. Reportedly muttering under his breath something about it all being a lot of hot air.

Rosenberg a prominent member of the New Zealand horseracing establishment was however philosophical saying “he took a punt and just backed the wrong horse.”

Hunt was however more concerned with the waste of Government enforcement resources saying, “shouldn’t they, the SFO, be hunting down and imprisoning poor people, rather than coming after us incredibly wealthy fuckers”

An unrepentant former ex SFO chief Adam “the Champagne Box Kid” Feely, the man on whose watch these white collared criminal clowns were first arrested stated to LF, “were there any bottles of Guigal La Moulinein the company’s bar fridge”.

To be fair – Adam Feely is probably the best head the Serious fraud Office have had over the last decade or so. He got results and that certainly counts for something.

So what if he enjoyed a tipple or two of “heisted” bad boys booze, a small price to pay for a guy that went at the bad guys with a vengeance. 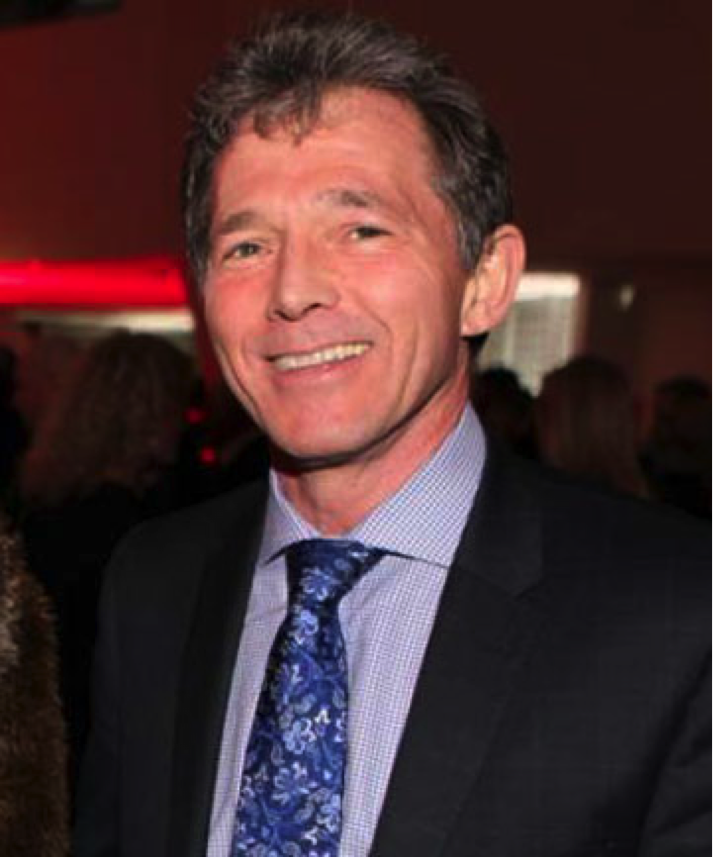 Peter “leaky boat” Goodfellow – a man who loves the third world to bits – especially the view of it from one of his rusty trawlers – what a cunt – more fishy business at the top of the National Party.

These Good old boys in the pin stripe suits are to be sentenced in May 2014 and LF will bring our readers up to date on what pilfering 17 million gets you in accommodation vouchers.

Both these crazy criminal’s will undoubtedly recieve what now called the “national party discount”, a discount for having unblemished records, being in on John Keys Christmas card list…oh and not having a parking or speeding ticket between them.