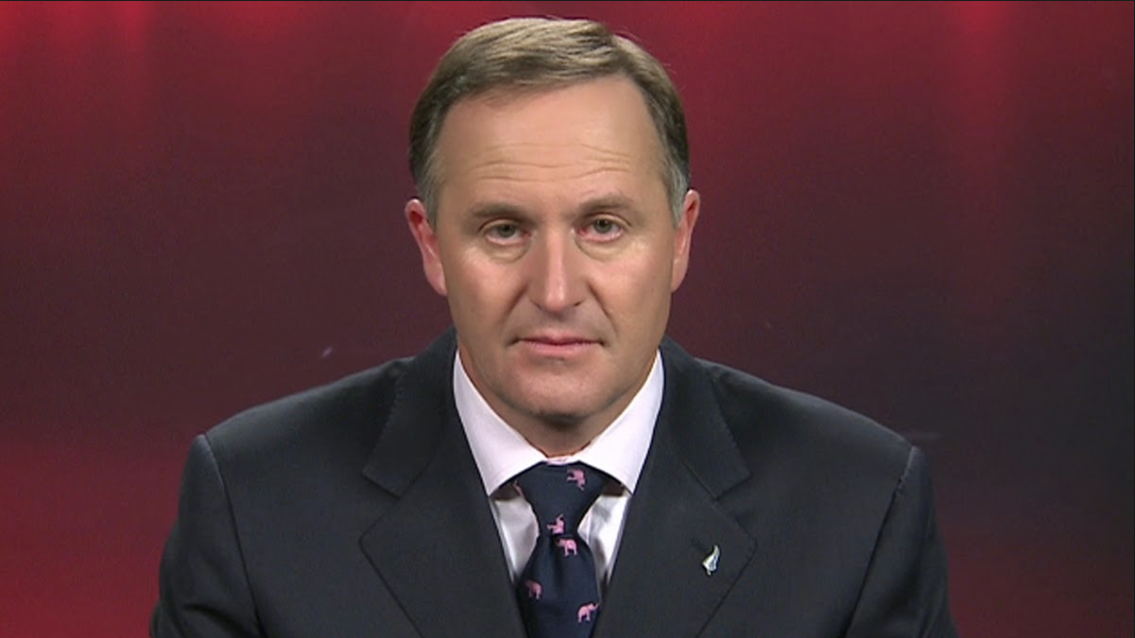 Oh dear, yet another “prominent New Zealander” gets name suppression and as always the PM knows nothing! 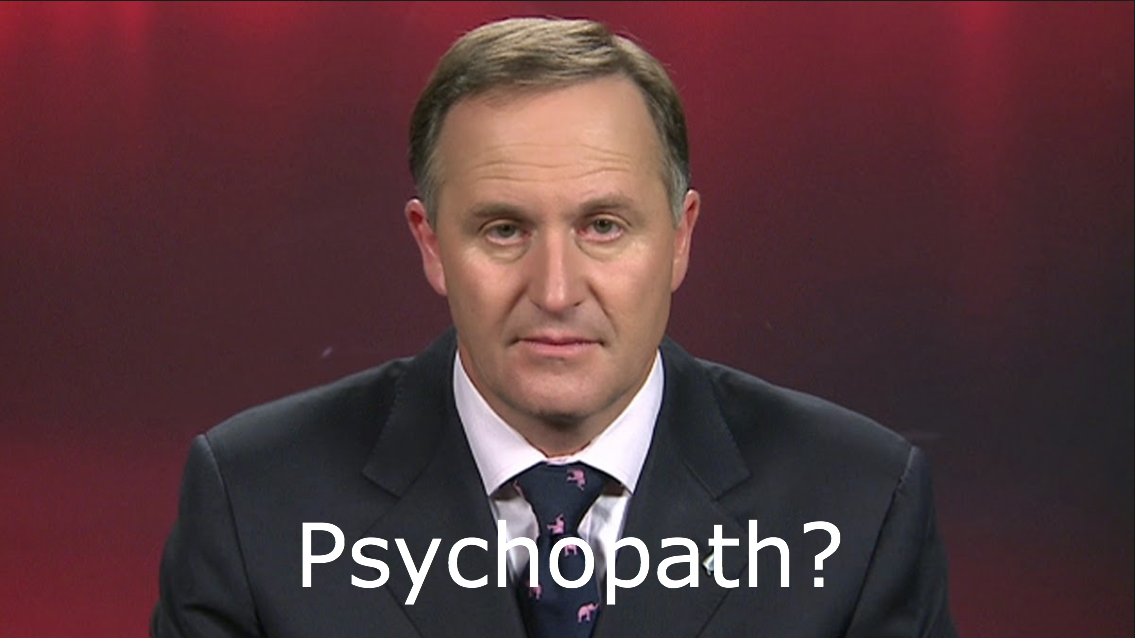 “As I speak to you today, I’m very happy for him to continue in the position he does,” –  New Zealand Prime Minister John Key. Are these the words of a complete and utter psychopath?

What has become of New Zealand? Has the country, its parliament, its police force and its judicial system hit a new all time low? It would certainly seem so if one was able to join the dots with two news headlines coming out of the land of the long white shroud this morning. Whats more these two stories point to another interesting fact; almost conclusive evidence that the countries courts are in denial, an almost complete contempt for the citizenry of the South Pacific’s rape capital. Whats also obvious is that the country’s Prime Minister, Mr forgetful himself, John “I see nothing” Key may have told one lie too many. The country’s mainstream media are also up to their necks in this one. They too knew exactly what had gone on since late last year and have done little more than pay lip service to the idea of investigative journalism and the role of the Fourth Estate, instead all contenders preferring to offer up half-arsed stories that didn’t quite get to the bottom of the sewer that is New Zealand politics, this time round the country’s National party.

A little gem, a screen-grab that LF managed to locate somewhere in cyberspace. LF felt that it reflected the reality of the situation, the true feelings of thousands of New Zealander’s and of course the victims, a view that is being swept under the carpet by a thoroughly corrupt Government, a thoroughly corrupt police force and now the courts – and its being ignored at the peril of those doing the fucking sweeping!

Mike Sabin has resigned as a member of Parliament. The Northland MP, who was also the chairman of the law and order select committee, said he had decided to resign “due to personal issues that were best dealt with outside Parliament”. There have been reports Mr Sabin was being investigated by police, although neither Mr Sabin, the police nor Prime Minister John Key would confirm that. Prime Minister John Key said he “acknowledged” the resignation of Mr Sabin for personal reasons and was getting advice on the possible date for a by-election. On Wednesday, Mr Key said he was comfortable with Mr Sabin holding the role of committee chairman. “As I speak to you today, I’m very happy for him to continue in the position he does,” Mr Key told Radio New Zealand. Mr Sabin was a “fully functioning member of the caucus”, he said. Mr Sabin had been National’s MP for Northland since 2011 when he gave up his anti-methamphetamine consultancy business Methcon, which he formed following his departure from the police in 2006. He lives at Coopers Beach with his partner. – NZ Herald

Then there was article number two, which was given much more prominence by both APNZ’s Herald and the Fairfax rag, we’ll use Fairfax’s version:

A prominent New Zealander has appeared in court facing multiple charges, but all details of the case have been made secret. The man appeared this morning in a district court and was granted name suppression, along with sweeping other suppressions covering details and facts of the case. He was remanded at large to reappear in court for a disputed-facts hearing next month.

The other interesting thing to note is that absolutely none of these so-called articles were attributed to a journalist – why? Were they therefore in fact little more than Department of Justice press releases? It sure as hell looks like it. Whats more, neither of these mainstream publishers signalled any intention of appealing the name suppressions, nor the so-called “sweeping other suppressions” surrounding the details of the “serious charges”. 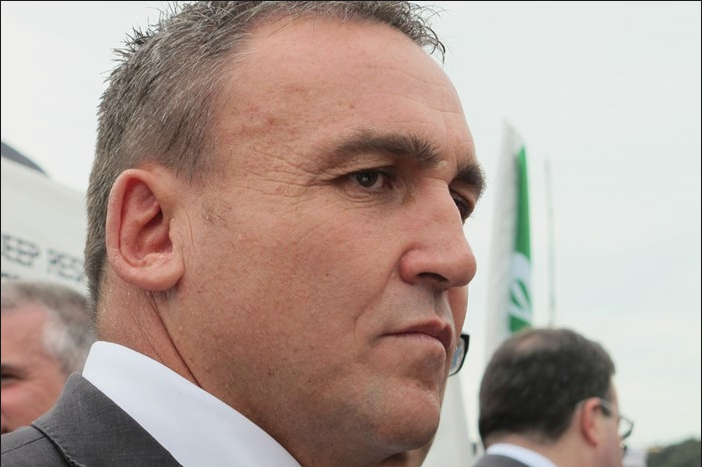 Given the nature of these “super injunctions” there is little doubt that the offences are sexual and almost certainly involve children or young persons as the victims. So what is it with sexual offenders in New Zealand? Especially those accused of sexual offending who also happen to be considered so-called “prominent New Zealander’s” by the country’s crony media? Why is it that the courts are, without exception, seen doffing their hats in deference to these very nasty politicians and “ex-cops”, the perverts responsible?

That then brings us to the question that was no doubt on everybodies lips, but we suspect has already been answered if you’re reading this post. 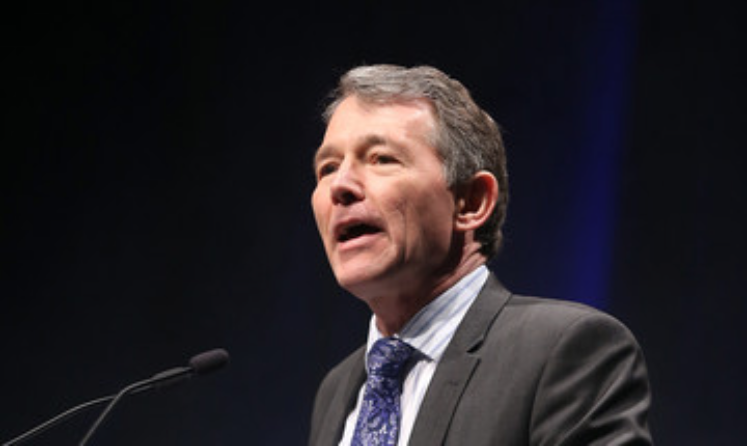 Over the past few days John Key has been playing his cards close to his chest, in fact for almost six months the entire National party hierarchy have been evasive, despite repeated calls on both the party and Key to come clean on exactly what it was they knew and WHEN they knew it. Kiwi blogger Cameron Slater has already advised his readers that both the National party hierarchy, including Party President Peter Goodfellow, and John Key knew of the allegations against their MP, ex-cop and meth campaigner Mike Sabin, as early as October last year, well before the election. Slater again waded into this issue, also this morning, with this piece:

Mike Sabin has resigned before Prime Minister John Key was going to have to do the inevitable. His position was untenable and if the likely charges are what I expect them to be it was never a survivable situation. The stupidity of the whole situation was that the National party has known about this since before Christmas and people who should know better ignored the warnings and let the situation fester. At least he is now gone. Sabin was never popular in Northland, and the selection process last time was long and arduous. Since taking over from John Carter Mike Sabin systematically alienated himself from his committee and let the membership dwindle…there are far less members now than when he was selected. I will of course follow the new selection process closely to ensure that there is no meddling in the process. The new Regional Chair though is a straight shooter and won’t brook any nonsense.

Now of course Slater has had his run-ins with the New Zealand police and the Kiwi judiciary before when it comes to breaching name suppression orders, so we doubt that he is about to risk another scrap, but the fact is that Slater had already placed his cards on the table around what he knew long before this latest round of suppression orders, late last year – as did team LF;

The fact is that todays two press releases may just be a coincidence, it may not be one in the same person, Mike Sabin. What is extraordinary however, or at least it would be in any Western democracy outside New Zealand, is that the New Zealand police have been complicit in suppressing details around their investigation into Sabin, refusing to confirm that there even was an investigation into alleged criminal behaviour, allegations apparently so serious that they may now call for a fucking “super injunction”. Key undoubtedly knew that Sabin was being investigated and for what. He also undoubtedly knew that the charges, if they were laid by police, would result in an immediate resignation and yet only yesterday Key was heard touting “As I speak to you today, I’m very happy for him to continue in the position he does,”, whilst taking questions, obviously somewhat uncomfortably, on Sabin’s position on the law and order select committee – a job he’d been handed by Key, somewhat strangely over far more qualified parliamentarians.

Another clue to the fact that these two cases could be related is that the mainstream media only started applying heat to John key earlier this week, with an absence of any other reporting on the matter since well before Christmas 2014. Now we here at LF doubt very much that the journalists involved in harrassing Key this past week would have been given any forewarning of Sabin’s sudden resignation this morning, hence the questions constantly being put to John Key over the past week, but they would very likely have been forewarned of an upcoming court appearance, both the District and High Court registries have more leaks than the fucking Titanic, nudge-nudge wink-wink say no more, mum’s the word!

We should perhaps additionally point out a little something that appeared on a New Zealand Government website back in March 2012, a media release detailing the new provisions for the granting of name suppression orders, released by then Minister for Justice Judith Collins;

In fact that’s probably why Andrea Vance was given the nod very early this morning, a tip-off that undoubtedly inspired her tweet at 9:52 am.

After-all, if there’s one journalist that can be counted on to be in the right place at the right time it’s got to be Andrea Vance – remember folk’s, parliamentary security have been known to watch her every move – just in case one of their masters needs her.

All designed to throw the punter off the bigger story perhaps? The story of yet another “prominent New Zealander” up on charges that are so secret, so hush-hush, that they’ve been granted a super injunction. What are the chances really? If its not Sabin it actually adds a far more concerning dimension to the debate, just how many “prominent New Zealanders” are sexually deviant criminals? Obviously more than the voting public would ever have expected, even in their most horrific nightmares!

Do these clowns really believe that the average Kiwi is that pig ignorant? Do they, in their piss addled wildest wet dreams, really believe that with a little editorial ambiguity, some thick smoke, a few grubby parliamentary toilet mirrors and heavy mutual mastibation sessions, that they can hide this sort of perverse shit from the public?

It would seem that these fuckwits really do believe their own spin! But perhaps more importantly it’s certainly not what the general public believes and at the end of the day that’s what really counts. It does not really matter if ex-cop Mike Sabin was in fact the “prominent” Kiwi in the dock this morning, the fact is that almost every Kiwi, and international news service, that has followed this case now undoubtedly believes it was Sabin.

On almost every online forum LF checked out, Mike Sabin, in addition to resigning, was also being touted as the accused who appeared in court this morning, notably at an undisclosed location – Northland perhaps?

The Standards moderators were working overtime to erase comments that concluded that Sabin was also the accused “prominent New Zealander” with name suppression. Source: http://thestandard.org.nz/another-resignation/

Spin doctoring only works when it’s used sparingly, not when it’s used excessively, as happens in New Zealand, in often repeated attempts to hide anything and everything criminal or obscene involving a “prominent New Zealander” from public scrutiny.