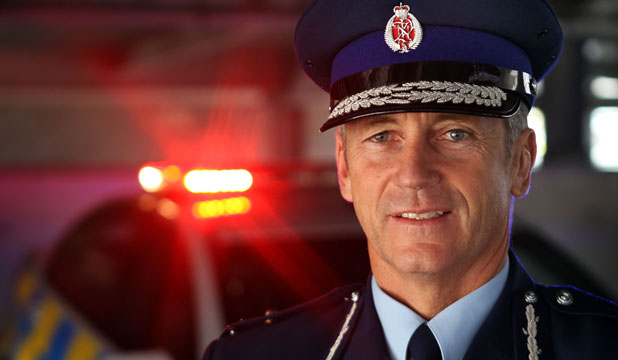 Back in May this year New Zealand’s Herald on Sunday (HoS) reported on police investigations that had simply disappeared into the bottom of an Auckland Central police locker.

The senior cop, who police refused to name, responsible for the delays was suspended, but at the time of the HoS article, had been allowed back on restricted duties. HoS journalist Amy Maas reported;

Victim complaints not investigated after officer leaves papers in cupboard.

A top Auckland police officer was stood down after allegedly hiding case files in a cupboard behind his desk, stalling several investigations.

The Herald on Sunday can reveal the senior detective was stood down in January but is now back on restricted duties while the investigation continues.

A source confirmed the officer works at Auckland Central Police station and as part of his role allocates case files to other detectives to investigate.

The name of the case file is assigned to detectives on a computer system, but the physical file needs to be handed to them.

Without the file, detectives are unable to investigate further because it holds the victim’s statement, contact details and nature of the complaint. In this case, it is understood several victims were not contacted by detectives after laying a complaint.

Police would not tell the Herald on Sunday how many cases had been stalled or for how long.

Auckland City district commander, Superintendent Richard Chambers, was confident victims had not been let down.

“I am reassured that our own internal processes identified an apparent issue and I am confident that services to victims has not been compromised,” he said.

The police source said the files were only discovered after a detective who was assigned a case couldn’t find the physical file and reported it to top brass.

It is understood the officer said he had “forgotten” about the files after he put them in a cupboard.

Chambers confirmed the investigation was under way and said it was being taken seriously.

“My decision to stand the member down came as a result of police internal processes identifying some apparent inconsistencies in accepted practice,” he said.

“The matter was appropriately dealt with immediately and my subsequent action demonstrates how seriously I view it.”

Police have made victim-focused policing a priority in the wake of the Roastbusters investigation where they were slammed for numerous failings.

On Thursday, Commissioner Mike Bush said “the focus of modern New Zealand Police is putting the victims at the heart of what we do and taking a preventive approach to offending”.

Since Amy Maas’s HoS report almost six months have passed and neither Amy nor the New Zealand police have publicly acknowledged the outcome of the police internal investigation and the name of the “senior” police officer allegedly responsible for the disappearing files remains unknown and, it would seem, he or she remains employed by the New Zealand police.

The behaviour of the police in concealing this extremely serious problem, a breach of the police’s statutory duty to investigate complaints and alleged criminal offending, is of course par for the course in New Zealand, as is, sadly, the failure of mainstream media outlet NZME to follow-up on the issue, or if they in fact have, to publish the results of their further investigation.

Commissioner Mike Bush might think that a few well placed “prime time” television shows, some flashing disco lights and his spin on the systemic problems with New Zealand’s police force is actually working, successfully misleading the New Zealand public, but unfortunately for him nothing could be further from the truth. 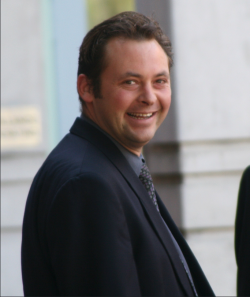 Detective Sergeant Aaron Pascoe. the detective sergeant first came to public attention for his contribution to the NZ Police’s operation 8, the botched raid on the indigenous Tuhoe tribe, his abuse of search warrants, providing false or misleading informatiuon to the Courts to obtain those warrants. Pascoe’s name has again now been raised in connection with the disapearence and or failure of Auckland police to investitage serious criminal offending, including major commercial frauds and perjury.

LF have received recent information that would seem to indicate that Auckland police in particular still have a major problem with “disappearing” investigations, in fact they also have a problem with complainst that jsut aren’t investigated Either way there are many complaints to police that simply go nowhere, with no explanation or further contact from police.

LF’s investigation to date has identified at least one senior police officer in particular that might just be the man behind most of the police’s latest “disappearing’ acts.

That officer, Detective Sergeant Aaron Pascoe first came to public prominence for his appalling handling of the 41 search warrants used in the polices balls-up raids in the so-called Uruwera 17 “terror” investigation. Pacoe and bent ex cop Dean Winter, turned online trader “Trade Me” trust and safety officer, were also exposed for deliberately and unlawfully putting innocent “trade Me” merchants at risk with the unlawful release of their person details.

It is perhaps unremarkable that a police officer with DS Pascoe’s track record of such unlawful and contemptuous behaviour has once again come to the attention of Lauda Finem, frankly Pascoe probably should have either been sacked or demoted for his corrupt behaviour following the spectacular collapse of the police case, the ensuing IPCA investigation report and the police apology.

LF would now like to hear from anyone who has found their legitimate complaints of criminal offending sidelined, dropped or otherwise deliberately evaded by the New Zealand police.

Whilst Lauda Finem’s particular focus is in the area of criminal fraud complaints that appear to have been sidelined, we are of course still interested in any occurrences where the New Zealand police have seemingly failed in their statutory duty to investigate and keep complainants informed, for no good reason.

All information shared with LF will be held in strict confidence, unless otherwise agreed.

Team LF can be contacted via the sites contact page by clicking here.