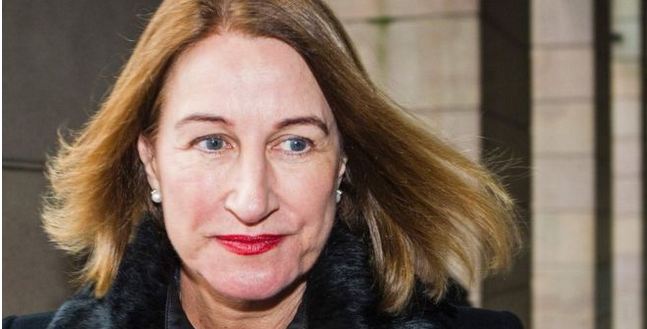 Kiwi Judge Lowell Goddard up shit creek without a paddle

The last two weeks have been busy for New Zealand’s bent National Party Government, one of their best Clayton’s judges kicking the bucket and leaving Minister Nathan Guy about to drown in an ocean of shit, then there’s one of the Govts favorite go-to-gals, Judge Lowell Goddard. Of course Goddard has been making headlines in the United Kingdom for all the wrong reasons.

Team LF warned UK victims that Goddard was corrupt, we even carefully set out the long list of cover-ups various New Zealand governments, of both political persuasions, have used Goddards services for.

We have no doubt that Goddard was hand picked by the British Govt after looking around to find someone they could pass off as reasonable, and importantly female….the old woman have more empathy crap.

Now its important to note that the British Govt completely bypassed Australia when looking, this was likely because they knew Australia was in the grip of its own very successful Royal Commission and would very likely put forward another honest and competent judge for the job……not at all what the British establishment wanted, or needed by the sounds of it, especially if they were going to be successful burying the extent of the corruption surrounding the criminal sexual abuse of children.

New Zealand on the other hand appeared to be just the ticket. First the Kiwis had a long history of concealing top-end corruption, particularly involving politicians and especially where sexual abuse of children was concerned and they also had Goddard, just the woman for the job, nudge nudge wink wink, say no more.

Of course our article back in September 2015 set out the reasons why Goddard was destined to be an abject failure, particularly if the lawyers for the victims stayed wide awake:

Sure enough Goddard appears to have proved LF right yet again. Of course the New Zealand Governments official news agency, also known as the New Zealand Herald, has been running stories designed to make Goddard look good, including the use of photographs that are at least ten years old. Goddard is crying foul, claiming that shes been the victim of a horrible witch hunt, thats its all a beat up and thats accordingly shes innocent.

Unfortuntely for Goddrd however the allegations that have been levelled at her have a certain recognisable qaulity to them; One being that Goddard had a bad habit of threatening anyone, those that disagreed with her take on things, with contempt of court. This little stunt is a particular favourite of bent Kiwi judges, in fact its so prevalent that most Kiwi lawyers say nothing, for fear theyll loose their careers.

Needless to say there is much more yet to unfold, but the fact that Goddard refused to attend a Parliamentary inquiry immediately after her departure, and the fact that she took a massive financial payout for doing sweet fuck all, does not bode well for her; nor does the silence of various others within the British Government