Killer cops to be found innocent as Judge “coup de gras” Cooper will instruct the jury in a manner that will make it impossible for the four killer cops to be convicted.

The Crown had to do something, like they did with the killers of Stephen Dudley. A man had died so they charged four New Zealand criminal cops with assault with a weapon, and are now having a show trial with a seriously corrupt judge presiding, a judge that has form in a previous incarnation, as a, East Cape crown prosecutor. 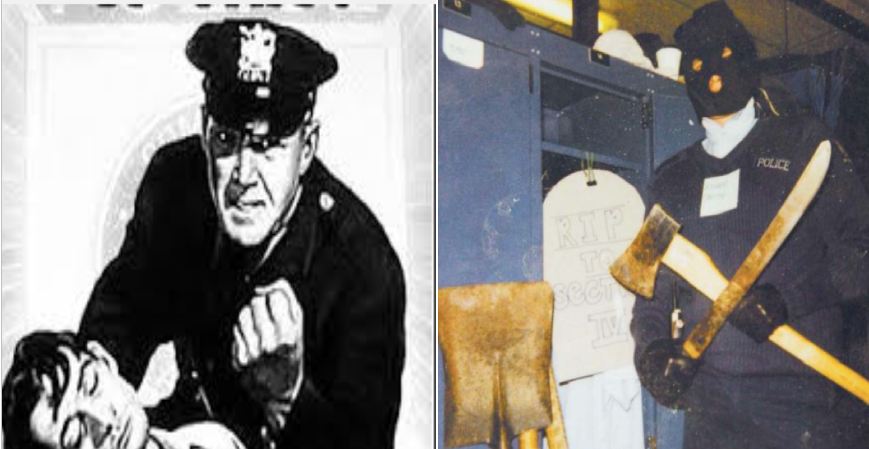 One’s fiction representing truth and the others truth that was treated as fiction by the Police. The copper holding the axe and the machete got off a charge of threatening a prisoner with the statement “have you had your beating yet”.

From that point on this criminal cop was due for promotion to the IPCA (Independent Police Complaints Authority). His job, chief investigator. No complaint goes past this cunt. Literally. His name Pieter Roozendaal.

Ones a nazi named Roozendaal, and ones a nazti cop named Roozendaal, who was a tough guy with handcuffed prisoners. Are they related, or just two rotten peas from the same infected pod. In the IPCA Roozendaal has the nick name of “the cheat investigator”.

And then the coup de gras will be the “chosen Judge” Phil Cooper. Judge Cooper is not an impartial judge. He loves bent cops and he protects them at all costs. In Gisborne, Poverty Bay, New Zealand, Cooper was a notoriously bent Crown Prosecutor that assisted criminal cops in their endeavours to break the law, and then when an honest cop charged the bent cops, Cooper insured that they walked.

Ones a Reichsfuhrer and ones a Rightfuckwit, but again the resemblance is uncanny, even the black uniform. [R] Judge Phillip Collins AKA “the crown cleanser”.

On one occasion Cooper stood up as the prosecutor and stated that he had to withdraw because he knew that the charged police officers were honest decent human beings that would never have been involved in the brutality alleged. This caused mayhem, but it impacted on the jury and the guilty criminal cops walked to go on to commit further crimes, and to infect other cops. 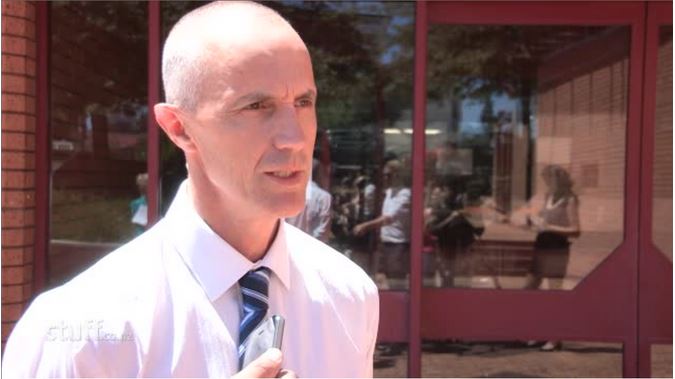 How will this go down in corrupt little Napier. A white folks town resplendent with Nazi period art deco architecture. Let’s think about the possibilities of a defence along the lines invented by bent cop Detective Peter Litherland in the Dudley case where the two thugs beat Stephen Dudley to death, and then stated that they thought of Stephen as a mate, when clearly they murdered Stephen. 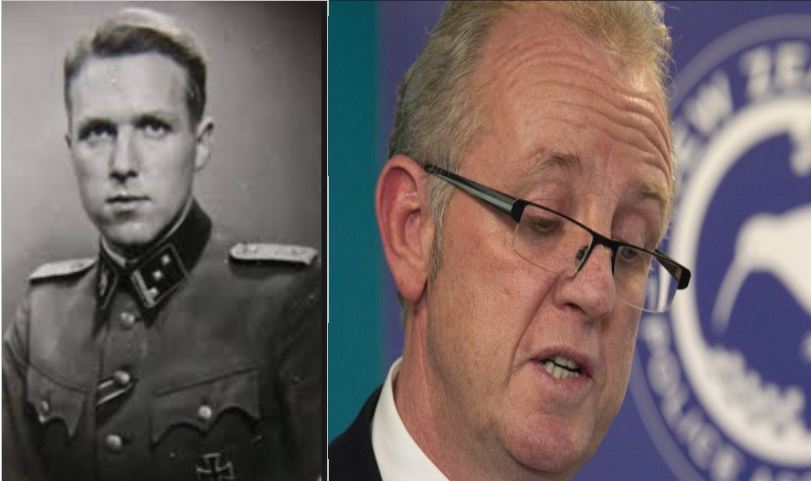 Homicidal Fritz Von Konner who immigrated to New Zealand and changed his name. Yeah we know Fritz wasn’t bright given his war crimes. Greg OConnor appears to be a corrupt chip of the same Aryan cock.

Got it. The deceased man Mr Gregory Peake aged a bad 53 years had assaulted his elderly father who had to be hospitalized after the assault. Mr Peake was a “wanted villain”, and had to be caught at all costs to stop the impending crime wave of violent assaults. The man was rumoured to have access to guns, and other weapons.

As Mr Peake was waiting for his next victim to come along an empty beach, the cops came up with a plan in order to affect his arrest and taking into custody. They would approach him from all sides as four gay men dressed up as overweight fuckthugs in Police costumes, but as they got close to the villain he sprung them, and as Mr Peake turned to make his escape from his parked car, cop 1 accidentally sprayed him with pepper spray causing Mr Peak to fall to the ground hitting his head on large sand granules. The cop had grown used to using his pepper spray as insect repellant on his two dogs, when at the beach.

The four fuckthugs stripped of their Police Uniforms. When their senior sergeant asked the most senior officer involved [middle right with the head band] if it was a race attack he answered ‘shit no sarge, you know us, we all took our time”. Now you all know these aren’t the cops involved, but that comment has the ring of truth.

All cops involved, being cop 1, cop 2, cop 3, cop 4, and two other cops – lets call them cop 5 and 6, oh and the twenty cops in the car park with guns, immediately sprung into action attempting to resuscitate the unfortunate Mr Peake. They quickly, if a little forcefully, rolled the seemingly unconscious Mr Peak over with their size 16 steel toed boots, and then began using their truncheons to begin stimulation of Mr Peakes chest area, in an attempt to, in their words, “kick start” Mr Peakes heart.

When becoming tired they took turns using their tazers attempting to emulate the use of electric paddles or to the more knowledgeable, defibrillators, used in Emergency Rooms on TV shows that they had seen when “interviewing” and/or “taking care of” prisoners in the Police Cells. Unfortunately for the criminal Peake, and unbeknownst to the battalion of cops present, the two police dogs chewed on Mr Peakes arms, face and torso, but only after he was dead.

All the cops including the four facing charges “worked” on Mr Peake until they were sure that he was definitely dead. The crowns expert medical witness will agree under cross examination that the cops account whilst perverse, had a distinct plausibility, given that it could not have been made up, as who would believe it.

The defence expert will then give evidence very much in line with the prosecutions medical witness under cross examination, but go an important step further by complimenting the officers involved on their ingenuity with the use of the truncheons, and the improvised defibrillator, despite the outcome that Mr Peake did not survive the police officers “efforts”. Evidence will be given that the Police Officers were severely dehydrated after their 15 minutes of effort that bought them to fame.

Judge Cooper has suppressed the Police Officers names until after trial, but has allowed the media to report that the killers are coppers. Gee Judge, that sounds sensible you twat.

Judge Cooper will then direct the jury to think very carefully about the concession from the Crowns medical expert corroborating the definite evidence of the defence’s medical expert, and to give the necessary weight to the fact that both men are experts in their field. Cooper will then use the hackneyed line “if, by the expert medical evidence that you have heard, you have a single reasonable doubt as to the accused guilt, you must acquit”.

Once the jury has acquitted the killers, Cooper will grant all four cops permanent name suppression, and commend the jury on coming to the appropriate, and only, conclusion given the evidence before them. He will state before popping over to the Police Bar to celebrate with the killer cops and the foreman of the jury, that “whilst Mr Peake died as a result of attempts to resuscitate him, the four police officers were unfortunate heroes who have shunned, and will continue to shun, as a result of the name suppression orders, praise for their heroism and determination to return Mr Peake to custody to face trial for his heinous crimes.

We are good, yes we are, you know we are good, yes you do, yes you fucking do cunts. We should be defence cuntsel.
Oh, we left out Greg O’Connors interview on the steps of the Courthouse. It will go something like this…..

“Justice has been done today, and New Zealander’s can be proud of the justice system and the entire New Zealand constabulary. A perpetrator capable of hitting his elderly father due to mental illness could not be saved by the heroism of police officers 1 to 4, not forgetting 2 and 3, on that day, but New Zealander’s should not forget that Mr Peake escaped his day in Court, and that is my only regret out of this saga, but all of us will be safer on the streets and beaches of Napier as a result of the instinctive actions of 4 heroic men who sadly, will remain anonymous”.

If it had been anyone else they would have gone down for manslaughter, unless they were up and coming rugby stars, and good mates with corrupt cops like Detective Sergeant Litherland. 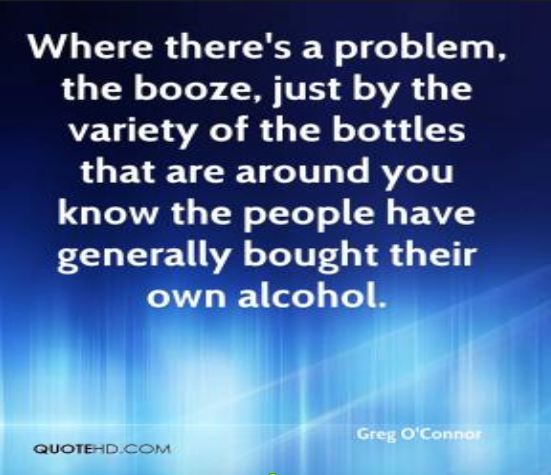 Greg OConnor talking about the aftermath of a Police, Judges, and Crown, gig, at his large Auckland Leaker. 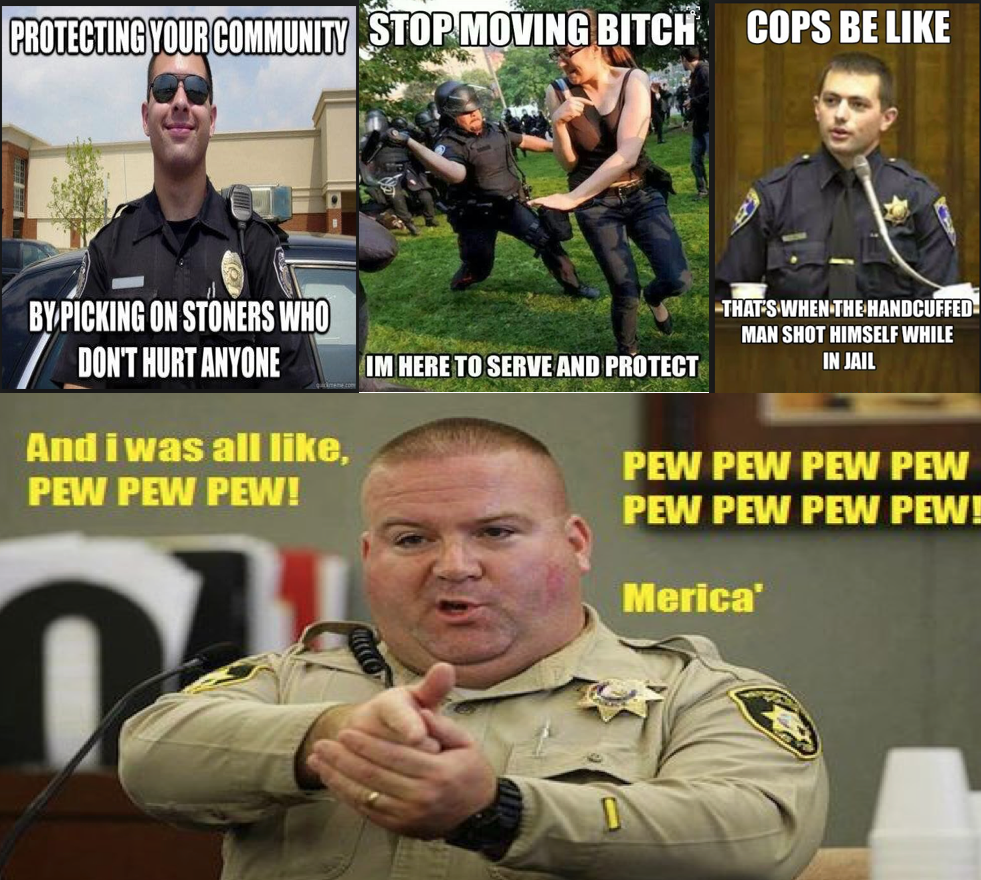 The sad thing is that the biggest criminal gang in this country is used by New Zealands corrupt three arms of government to enforce its criminality.

Heres some images that most new Zealanders will relate too. 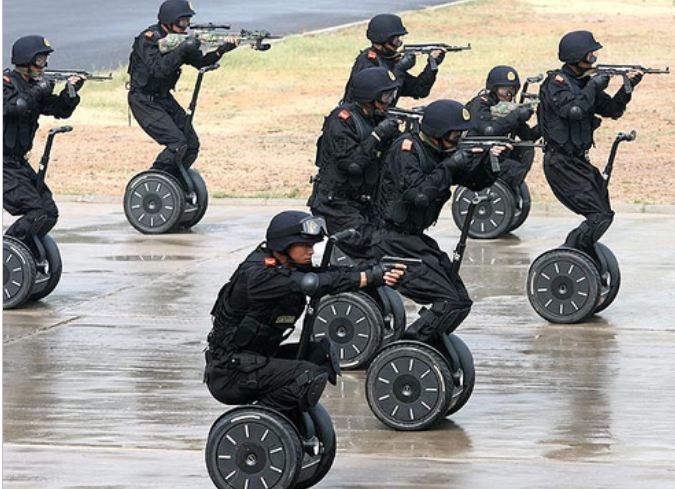 This was Detective Sergeant Litherland’s idea as a quick response Police Unit known as “REACT” or “Retards engineered armed reaction cop transporters”. According to insider sources the bloke at the back right is Detective Sergeant Peter Litherland just before he lost control of the engineered armed cop transporter. The retards are the guys on the sedgeways, once again in fucking black uniforms.

New Zealanders can go to the internet and find real life episodes that mirror these jokes. Its time to send a message to the three arms of government….enough is enough.