www.accforum.org, exactly where did it all begin?

When Lauda Finem starts investigating any issue we like to get right to the bottom of it. Understanding the protagonists and how they tick is critical in figuring out what to look for, in fact often where to look.

It was apparent to us that the www.accforum.org site was more than just a little quirky. Most of, what appeared to us to be, the ring leaders, by virtue of their posts, seemed to be very nasty parasitic individuals. So we asked our operative Carlos to do a little digging whilst back-packing in the Dark Isles – New Zealand. 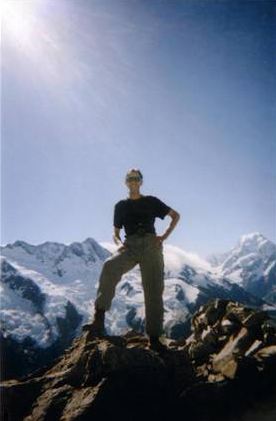 Carlos, as always excelled. It looks like the sites founder was a bloke with a chip, the size of an iron bark, on his shoulder, his name – Dr Miles Wislang, a rather angry man – mind you he probably had every right to be. Dr Wislang had lost his licence to practice medicine in 2004. To this day, like anyone who feels aggrieved, he continues to pursue justice for himself and his family. His story can be found here

For some reason Dr Wislang set up the www.accforum.org site. It may have been because a friend of the family was perceived to have been ill-treated by the Accident Compensation Corporation; who know’s.

What we do know, however, is that Alan Thomas was in fact the aforementioned friend of the Wislang family. Dr Wislang’s son Arron is in fact now the administrator of www.accforum.org. Clearly Arron’s copped a rather large splinter of the old man’s Iron Bark shoulder implant.

Arron holds the view that everything boils down to free speech, even if it’s a fallacy, that’s why more than just a handful people have been looking for him and the others responsible for setting the site up – we will of course be passing Arron’s details on to those who have contacted us, with evidence of who they are and any false info posted on ACCForum.

Note: If you are someone who has been wronged by the Wislang site’s content let us know and we will forward on the information we have (subject of course to your identity being verified, with copies of the offending posts and the photo page of your passport or other Government issued photo ID, don’t worry we don’t require an apostille stamp).

It appears that quite the social group had grown from the seed of a rather small but very aggressive noxious weed.

A few years back the good Doctor Wislang, his son Aaron, Alan Thomas, Douglas Weal, Kenneth Miller, Mark Davis and a few other key players were all good mates, but then something went very very wrong.

The lead violin of this insidious orchestration: the one legged trapeze artist Kenneth Miller

Somehow a nasty little unbalanced bootleg drinking cretin by the name of Kenneth Miller got his hands on the site administrators job.

Ken had undoubtedly coveted the position for a while, in fact he’d led who ever would listen to believe that the site was his own creation. One aspect of  Ken’s Narcissistic Personality Disorder was that he enjoyed being center-stage; doing whatever it took to hog the lime-light, Ken was joined by another like minded soul, Douglas Weal.

The pair then set about using the power the sites presence and membership gave them to initiate a some very ugly objectives, both for themselves and others that had joined their little inner circle.

The pair liked to get to know their members personally, especially the new ones with problems that they could manipulate so as to build their kudos amongst the now quite considerable rabble.

One such event was when Ken Miller took his allegations against Alan Thomas to the Takapuna branch of the Accident Compensation Corporation, but that debacle certainly wasn’t the only occasion where Miller et al, drunk with their new found power (in Ken’s case, probably the afterglow of the night before’s whiskey session) plotted with menace.

In the case on Thomas we suspect that there may have been a little power struggle going on at the time.  Ken decided, typically to manipulate the events to his advantage and in the process hoped to kill two birds with the one stone. Getting rid of Thomas was easy enough, just nip around to the Takapuna Branch and scare the crap out of them with a story of a plot to blow the place up.

December 12, 2013 update: One of the many “one post” blogs that have popped up in 2013 outing the those behind these previously anonymous cyber stalkers.

His second objective, to grab total control of accforum and get a big pat on the back, or so he though, unfortunately backfired. Miller was kicked out of  the job. A few of the other members, whilst not knowing the full story, were needless to say, not very happy that Miller had used his access to confidential information to destroy Mr Alan Thomas’s life.

What they didn’t know was that Miller and Weal had used the membership, it’s so called credibility and power they had garnered from the sites presence to engage in a raft of malicious plots.  One of those conspiracies, a scam designed to destroy the business of a local justice campaigner by using the media and a Fairfax New Zealand journalist by the name of Tony Wall, is the subject of our next post.

But Kenneth Miller had grown to enjoy the limelight, not one to give up he took a few of his cronies with him and together they set up the competing site www.accfocus.org. Amongst those cronies were Mark Davis and Douglas Weal. Ken didn’t have the intellect or skill necessary to have created the new site without his Gimp Mark Davis, who remains the sites administrator.

Mark Davis is another interesting character, so is his sister who like’s the name Dragon Blade. Davis himself has completed multiple IT courses whilst on ACC, no doubt at the Corporations expense. He’s managed to flunk them all, yet controls a considerable number of domains, at least one of which is a cash earner – we wonder who’s name that bank account’s in. 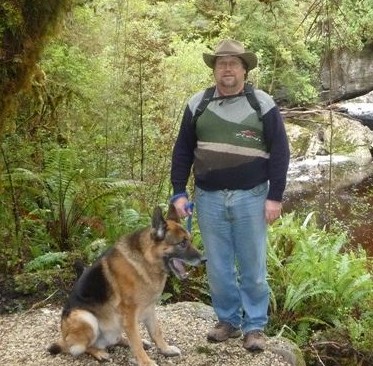 The second violin, the bow to Millers fiddle, Douglas Weal; A super fit specimen in camouflage, his dog Rex is coincidentally the star of an Austrian TV series “Inspector Rex”

Douglas Weal, lives alone in a $300.00 Winnebago or bus. His Russian wife, Oxana Suranova has since moved out. Mind you when the were together both liked a little role-play, Weal especially liked to play the part of a CIA operative to his ex-wife’s KGB status – yes thats right both are certifiably mad, probably sectionable and so are some of Weals tall tales, but you’ll all get to read all about those in due course

Kenneth Miller, well Ken is a depressed piss-head who lives in Happy Valley, yes that’s right,  Happy Valley Road. Ken occasionally relies on his mate, fellow ACC beneficiary Paul Sutton. Unfortunately Carlos wasn’t able to establish which of the happy couple does the shopping, but we figure that whiskey is always at the top of Kens list.

Dr Wislang, well he likes climbing Mountains, although the Privy Council’s just one of the many peaks he hasn’t quite managed to conquer – then of course there’s the small matter of his license to practice medicine.

Aaron, a boy with a serious stutter; Dr Wislang’s son, sits at home in front of a computer keeping an eye on this group of clowns, all seriously disabled whingers with incredible acrobatic skills, although, we recon Aaron just might be keeping the other eye on his front door, in case the process servers finally manage catch up with the little prick.

In summary, we have a group of nasty bitter and somewhat dangerously flexable fraudsters who get off on making false allegations, they include:

One aggrieved and perhaps understandably mad man of science

A middle aged wannabe bikie/computer geek and his gaming mad sister who fancies herself as the Dragonblade Of Nulgath.

The wannabe CIA operative and his Russian ex-wife, KGB agent Suranova,  who both loved holidaying in Fiji, where they would sit at a bar, getting pissed, and let rip with stories of espionage and intrigue, no doubt leaving their fellow tourists with the distinct impression that they had just met two utter nutters.

A foul mouthed, one legged whiskey guzzling midget who lives in a shack, somewhat akin to an out-house, on a dirt track in Happy Valley – Hans Christian Andersen must have met this bloke at some point.

The son of Dr Wislang, a depressed and angry young man who probably swings between suicidal ideation and the deep anger he inherited as a result of his fathers, perhaps falsely, alleged medical misadventures.

But seriously the almost comical appearance of this crowd belies some very malicious and possibly criminal behaviour, particularly the actions of Douglas Weal and Kenneth Miller, as the story unfolds you’ll be totally gobsmacked at what this pair had been up to.