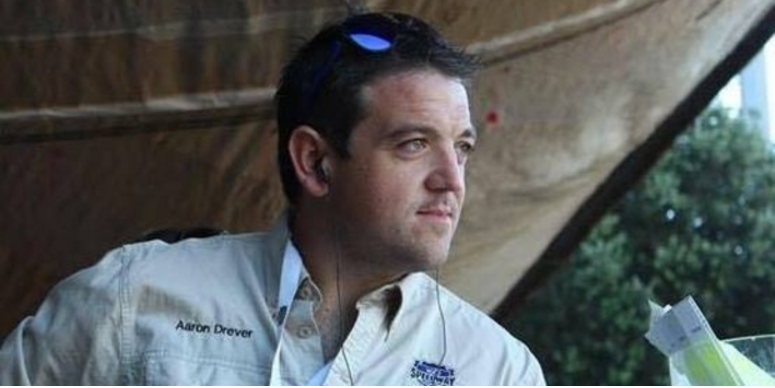 Another New Zealand REAA Balls-up – Lauda Finem gets it right yet again.

As is pretty much the case with all of LF’s stories another of our investigations has come full circle. Unsurprisingly these things do take a while in little old corrupt New Zealand.

We posted a number of stories back in 2014 about another of real estate fraudster Martin Honey’s associates, speedway Queen turned crash-hot realtor Aaron Drever.

Once again the New Zealand Herald seems to think they got there first, sorry, but as always they didn’t. They were there however on this occasion at least to report on the latest case where for some reason bent estate agent Drever, like so many others just seem to slip through the industry watchdogs (REAA) oversight, especially, for some strange reason anyone who happens to have been associated with the larger franchise operators such as Re/Max, Ray white, or Martin Honey of Pure Realty:

A real estate agent with a string of complaints and four previous disciplinary findings against him has lost his job with one agency but is now selling homes for another.

Aaron Drever, known as “The Voice of Speedway” for his commentaries at Western Springs races, was once one of Ray White’s top international salespeople.

But the Weekend Herald can reveal he is now facing eight active complaints relating to alleged incompetency/negligence, misleading behaviour and activity relating to an auction.

Three of the complaints have resulted in misconduct charges being laid by real estate investigators and he will go before the Real Estate Agents Disciplinary Tribunal next year. Four others were lodged this year but no further details are yet available. He is currently awaiting penalty for unsatisfactory conduct on another complaint for pressuring an individual to withdraw their complaint to the Real Estate Agents Authority (REAA).

Mr Drever was based at Ray White’s Pure Realty office in Kelston for the last two years. But he was let go by the agency last month after being found guilty of an earlier misconduct charge by the REAA.

The tribunal ruled he had put more than $15,000 of client money at risk by depositing marketing funds into his own account rather than forwarding it to his agency. The offending occurred in 2013 while he worked for RE/MAX’s Glen Eden-based Hedgman Realty, which has since ceased operations.

A prosecutor described Mr Drever’s actions as “an appalling lack of judgment” and “so loose as to be seriously negligent”. He was fined $5000 plus $2000 costs and ordered to undergo training.

The application was declined after the tribunal ruled he had adequate support and supervision, and that suspension would cause him financial hardship.

“We record our polite warning to the defendant that, if he appears before us again with offending of any concern, his licence will very likely be at risk of suspension or revocation,” the tribunal warned.

Mr Drever was charged by police with theft by a person in a special relationship in connection with the irregular money deposit.

The charge was withdrawn after the money was repaid, a police spokeswoman confirmed.

Mr Drever also has three previous unsatisfactory conduct findings against him, resulting in censures and fines.

One was for making errors or omissions when preparing and signing a sale and purchase agreement and not clarifying the final sale price, causing a vendor to be overcharged commission. In another case he failed to provide a required guide to a complainant or allow adequate time to seek legal advice, and failed to pass on information from the vendor.

Despite his disciplinary history, Mr Drever was employed by Harcourts’ New Lynn branch following his departure from Ray White last month. He has at least five property listings on the firm’s website.

Mr Drever, whose profile describes a “trail of 450 million-dollar sales and deeply satisfied customers” after 12 years in the industry, declined to comment.

Ray White spokeswoman Lisa Pennell said the firm was never advised of any criminal charge against Mr Drever and would have suspended him if that had been disclosed.

At the time Mr Drever was engaged as an independent contractor to Pure Realty, Ray White was not aware of any serious complaints against him relating to his conduct as a RE/MAX agent.

“As soon as we became aware that breaches of the Act had been confirmed by the REAA, we took steps to end our relationship with him.”

Harcourts would not confirm whether it knew of Mr Drever’s disciplinary history prior to employing him. Chief executive Chris Kennedy issued a one-line statement saying it was not company policy to comment on employment matters.

Labour’s housing spokesman Phil Twyford said it was highly questionable whether Mr Drever should still be working as an agent.

“This guy has left a trail of unhappy clients, and that is just the ones who actually lodged formal complaints. You have to wonder what it would take for the REAA to actually suspend an agent.”

Mr Drever’s former Pure Realty colleague Ronald Hachache lost his job earlier this month after a Weekend Herald investigation revealed he had failed to tell homeowners of his professional links with buyers.

The investigation also revealed that Te Atatu agent John Goodrum – who now works for Barfoot & Thompson – had been asked to leave Ray White following allegations he failed to tell buyers about his close links with a property inspection company. Both agents have been referred to the REAA.

An REAA spokeswoman said the watchdog encouraged people to check an agent’s disciplinary history on the public register so they could make an informed decision.

2010-2013: Worked for RE/MAX in Glen Eden. Found guilty of misconduct by the REAA for putting client money at risk by depositing marketing funds into his own account. Also censured and fined by the REAA on three counts of unsatisfactory conduct.

2013-Oct 2015: Worked for Ray White’s Pure Realty in Kelston. Let go after being found guilty by the REAA of the misconduct charge. Charged by police with theft in a special relationship but charge withdrawn after client money repaid to RE/MAX.

Currently: Employed by Harcourts’ New Lynn office. Facing eight active complaints, four of which were lodged this year. Three of the active complaints have resulted in misconduct charges and will be heard before the Real Estate Agents Disciplinary Tribunal next year.

Of course long term readers of Lauda Finem will remember our numerous posts on this group of dodgy bastards during the period 2012 – 2014. The two url links below are but a taste, posts featuring Drever, his ex Boss Martin Honey and a number of the other players.

The New Zealand real estate industry is rife with corrupt practice, whilst the government claimed back in 2008 that their new Real Estate Agents Authority would fix the problems, starting with the bent cop Jonathan Moss scandal the corruption within the industry and the REAA itself only appears to have dramatically worsened. The fact that someone like Aaron Drever, with his record, has managed to hide in plain view of the watchdog is evidence enough of that.