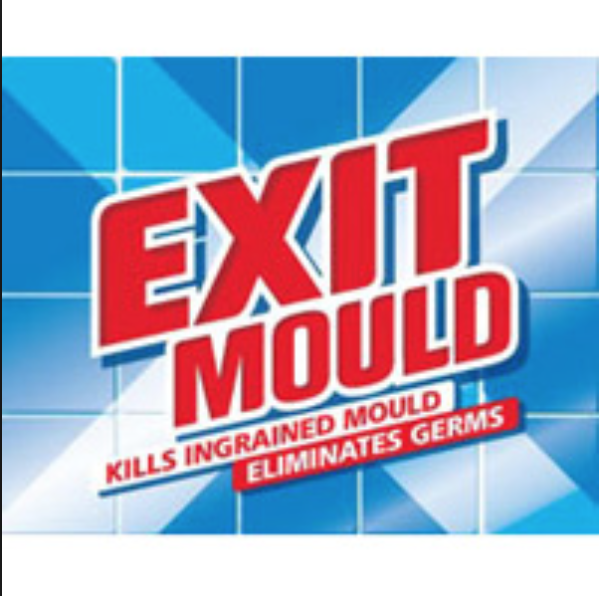 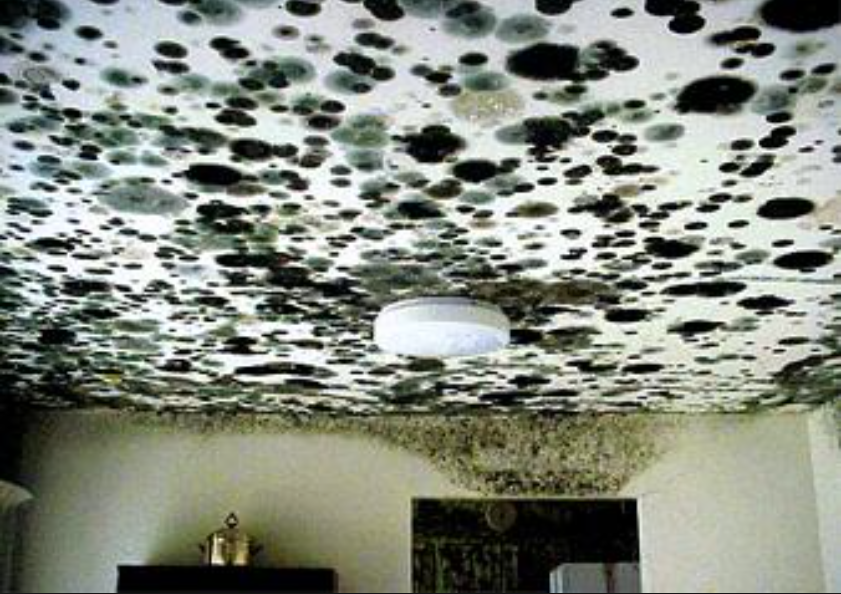 LF have “photoshopped” Toms mould back in.

New Zealand RAY WHITE agents are at it again, specifically Thomas William Hendricks, in this particular case caught photoshopping out the mouldy ceilings in one of his listings to lure unsuspecting consumers into the trap of buying a dud leaky shit hole house. The biggest mistake of their lives.  Hendricks was caught out when the tenants ratted this lying toady to the new purchaser, when the mould eventually returned. But don’t panic the consumer should give Eion Castles a call he’s a big wig in the leaky home arena…….oh that’s right he was struck off recently for grossly over charging clients and then hounding them into an early grave. 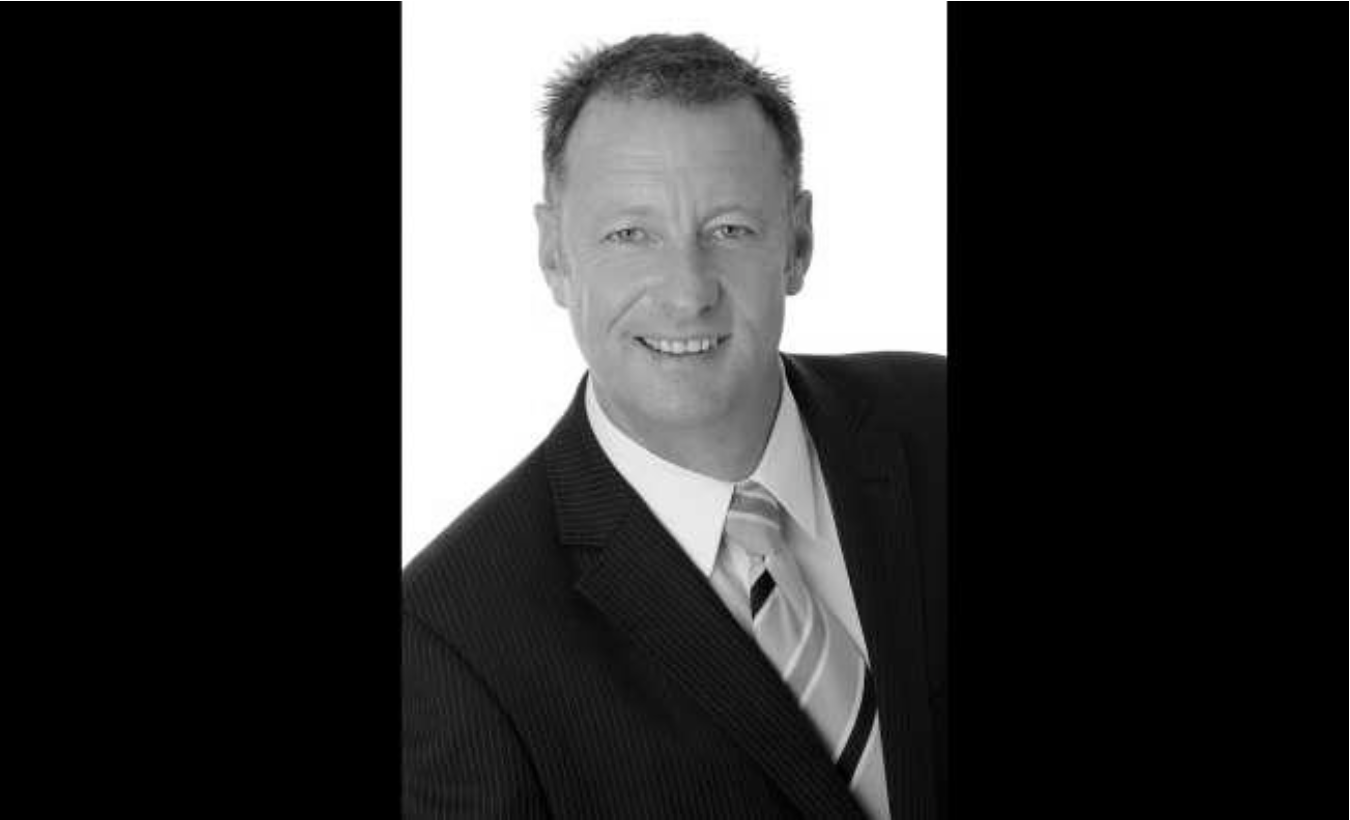 Hendricks resorted to the usual Ray White mantra of denial and the good old boys at the REAA covered it up……excuse the pun….just a lick of paint and a quick photo retouch.  Chris Rogers found that Tom “Exit Mould” Hendricks wasn’t aware…snigger…….why photoshop it out big boy!  There’s another hearing to dish out the wet bus ticket, slap across the chops. LF will let readers know of the result.

The REAA is becoming a seriously farcical institution riddled with corruption and nefarious dodgy dealings to the detriment of New Zealands consumers. It’s credibility is on its way out the back door….another pun, we are on fire….it won’t  be long before this corrupt house of cards comes crashing down…oh stop!

At least Hendricks was found guilty of unsatisfactory conduct. Readers will know that Hendricks is the past previous employer of Aaron “Dumb fuck” Drever, the Ray White agent who, when working for failing Real estate mongrels REMAX was caught out inventing fraudulent references about what a great guy he was….telling consumers just how good he was. That’s until he put the fraudulent reference into the letter box of the consumer who was less than happy with his professionalism and conduct. 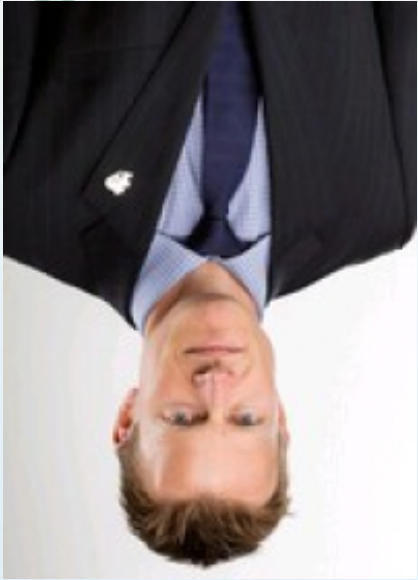 The token head of RE/Max NZ, Chris Chapman, leaning a little more perilously than the Ray White trademark, is still struggling to understand why the RE/Max NZ franchise has turned upside down down under. According to Chris its all been a delicate balancing act.

The consumer complained to REMAX head offices Chris “ The chump” Chapman who took it all “real seriously” and also covered it up. Then again poor old Chris had a lot on his plate, REMAX’s Henderson branch was closed down when its principles where caught in a calculated mortgage fraud scheme of the type Malcolm Mayer just got sentenced to 6 years for. Bugger……poor old Chris….poor old REMAX…..poor old Malcolm Mayer. House of cards…Mayer was a champion bridge player…..lol.

REMAX has been shedding staff and franchises like a mangy cattle dog sheds fleas, as the brands reputation and market share in New Zealand falls to an all time low. US head office ditched its ownership of the New Zealand operation following the fraud allegations and sold out to Chapman and a group of Australians. The fraud allegations were a motivation but the reality is it’s NZ operations were drowning in buckets of red ink. 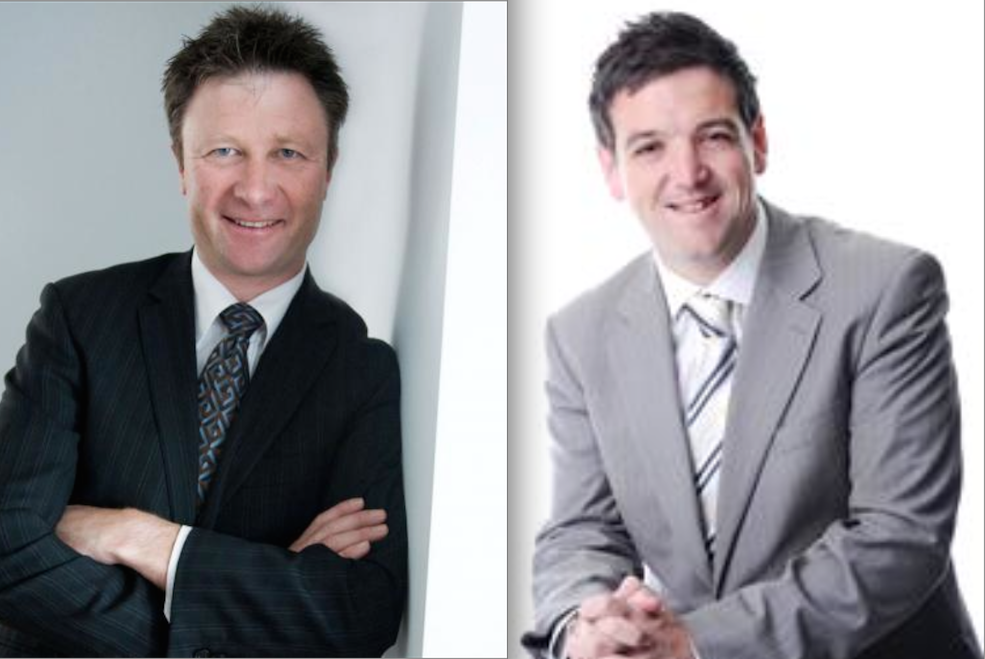 (L) Martin Honey – What is it with these Kiwi Ray White agents, they all seem to be leaning on something – (R) Arron Drever

The REAA’s investigation into REMAX Henderson resulted in the cancellation of it’s principle’s licence and the stiffest penalty ever dealt out to an agent. The allegations were of forgery, fraud and dodgy loan Applications, now known as doing a “Mayer”.  Rajineel Raj was ordered to pay $ 100,000-00 in fines and compensation after ripping off the Bank of New Zealand,  New Market, Auckland, Branch for sizeable $189,000-00. Chump change when compared to Malcolm Mayers $50,000,000-00 (50 million). REMAX Henderson’s offices are empty and Rajineel has a depression problem, Really, why?

Rajineel Raj didn’t show at the Tribunal hearing but was represented by clown in a gown and bankrupt bad arse lawyer Kahu Barron –Afeaki. Afeaki’s  reputation includes tampering with witnesses, but only if the monies right. His most notorious was his involvement with discredited and unemployed free lance criminal camera man, clown Mark Chamberlain…..it’s a small world. LF has a file as thick as a phone book on Afeaki, but Afeaki’s thicker than most phone books we know and some of the team have sure as hell seen some of the larger ones in their travels.

Back to topic, Ray White has opened a new branch out in Auckland’s wild West, Shop 12A Kelston Shopping Centre, 2 West Coast Road, Kelston Auckland 0602, to be precise, with the slowly shrinking chubby little dumb fuck Arron “dumb arse” Drever fronting for serial fraudster Martin Russell Honey and his side kick Rohan Thompson both of Pure Realty Limited. Martin Honey, our readers will know, has  his own fan club of stories on LF for operating a fraudulent REMAX web site; that and then getting dumped by his wife.

According to himself, Martin Honey that is, he’s absolutely the best salesman since sliced bread……Aaron Drever, apparently likes to break a few eggs to make an omelet and just loves sliced bread, in fact Drever loves just about anything that he can stuff into his stapled stomach. These two criminal clowns should really stir things up in rapist central, way out in Aucklands “Roastbusting” West. The connection, well Aaron was sacked from Thomas Hendricks Ray White Glen Eden for eating the furniture. The Hendricks Ray White office in the leafy, but seriously working class, suburb of Glen Eden, has had numerous franchise’s, which, looking at its history, have been changed even before the paint on the signage has had a chance to dry….what next asks LF?