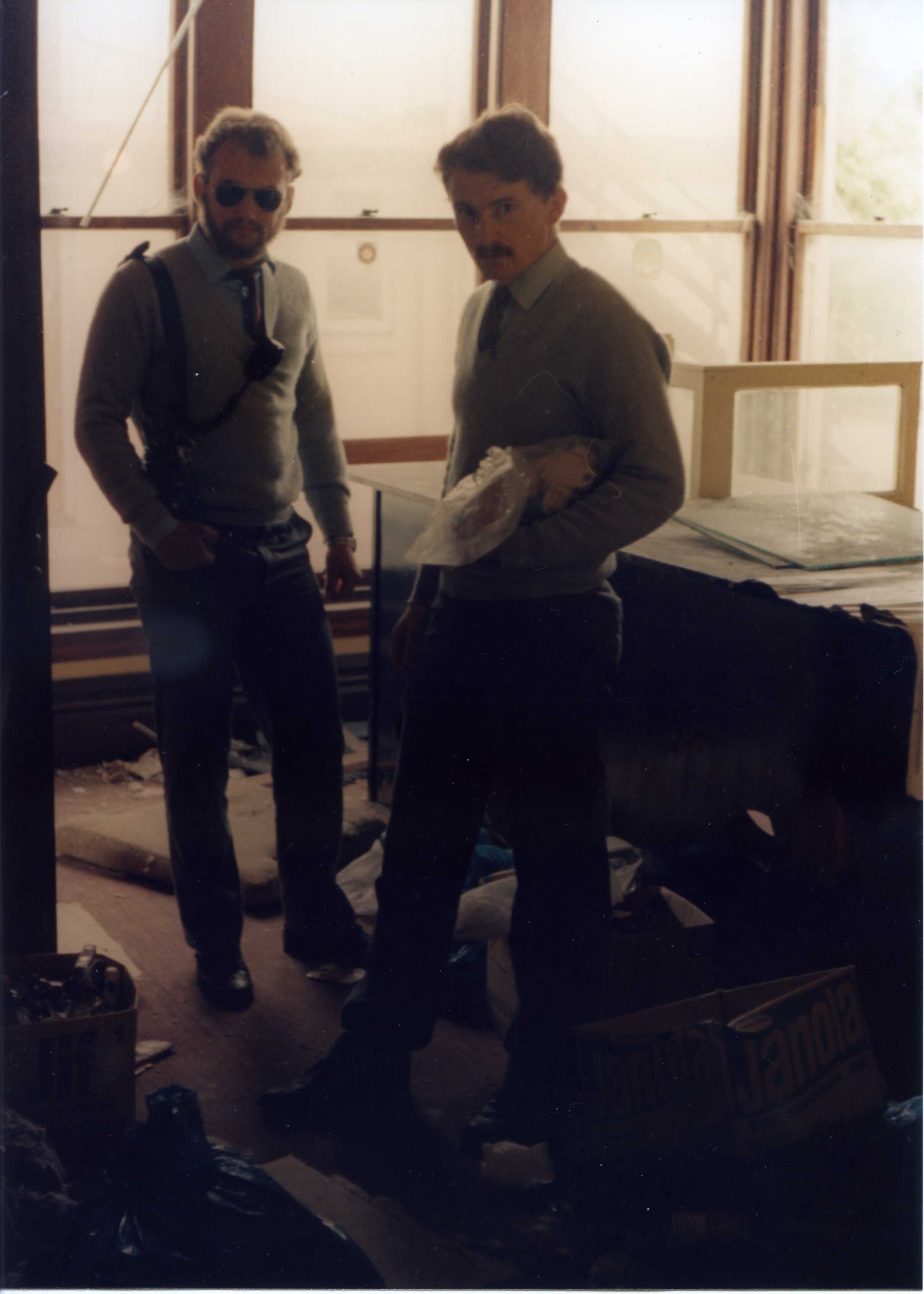 In late 1986 Warren Smith of the Christchurch Tenants Protection (TPA) visited Gisborne. His mission, for what ever reason, was to follow the brothers and deliberately spread  malicious rumour. That and have a holiday…..one would assume.

Only natural, in the course of dealing with problem properties and recalcitrant tenants was a conflict of idealogy between the businessmen and the local Christchurch Tenants Protection Association (TPA) with whom Warren Smith had been a volunteer.

There were also, given the nature of the tenants involved, on-going retaliation and threat management issues that needed solutions. A particularly good example of the distressed properties involved; a block of ex motels located in Pages Road, New Brighton.

Tenants had seriously trashed the property when under the management of a real estate agent. This type of conduct was an ongoing issue with tenants and associates breaking into the property and removing anything of value. Threats of violence and retaliatory damage to company staff, buildings and vehicles were common place.

These types of issues were always resolved, expediently and professionally, however, the daily grind of having to equitably deal with the needs of problem tenants whilst looking after the landlords interests had led the brothers to consider other business options.

By the end of 1983 the men were convinced that a new direction was in order. Around the same time, early1984, one of the men had cause to discuss the company’s operations with Geoff Stone of the NZ Labour Party.

Stone then discussed the systems employed by New Zealand Tenancy Bonds Ltd with fellow Labour Party hopeful Phil Goff. When Labour came to power at the next election they introduced New Zealand Tenancy bonds as an arm of the Housing Corp. The businessmen decided as a result of the labour Government’s direction, they would concentrate on the development side of their business.

The property management portfolio was closed down and the balance sold to Livingstone’s Realty, the brothers and their mother however retained their own residential property investments.

The clean up begins; NZTB’s vehicles were often the target of vandalism

Smith for what ever reason held a personal grudge against the brothers, in a way Warren Smith had become the proverbial stalker following the brothers to Gisborne with the intention of spreading malicious rumor and out right lies about the mens purported past to perversely avenge some perceived slight.

The rumors he set in play would not have been so damaging if they didn’t have the support of the Northern Hotel Workers Union boss Paul Martens or the assistance of the corrupt Gisborne constabulary. Smith visited his left wing associates in the union and the local offices of the health department. The men are unsure exactly what rumours are attributable to Smith, at the very least the false accusations of cases pending in the Tenancy Tribunal and the alledged lack of maintenance of their properties could have had no other genisus. 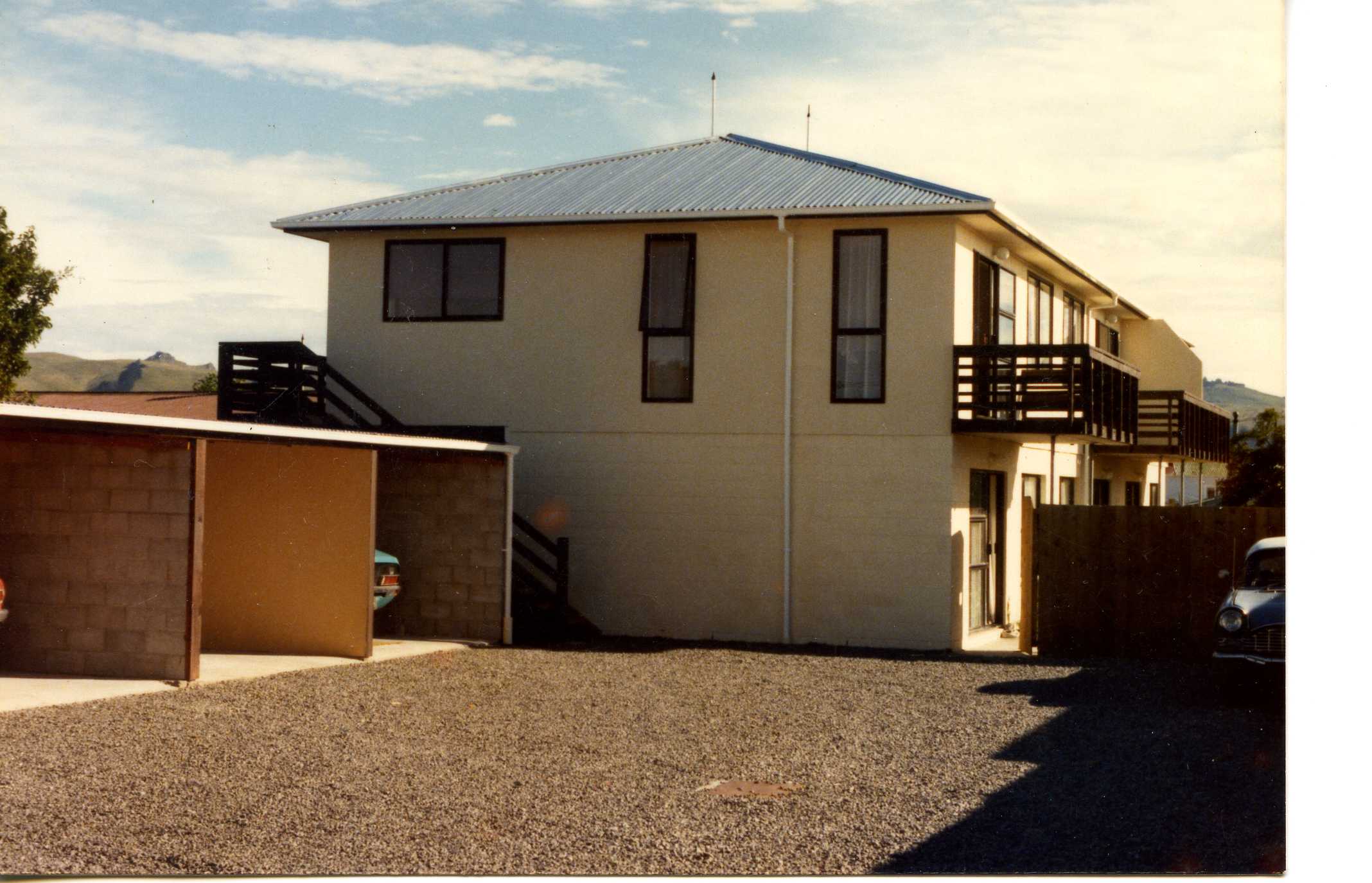 The brothers personal property portfolio had always been well maintained

Smith had also visited local businesses and compounded the untruths. Including the dairy* located opposite the men’s Gladstone Road Resthome, Gladstone Park.  Paul Martens the Union boss was hardly the sharpest knife in the draw and he spread the defamation with a zeal, not normally attributable to a lethargic left wing, pot smoking looser like himself.

Warren Smith’s (TPA) rumours of themselves would have died a natural death but the rape, Mafia and drug running rumours those particular false allegations could only have come from a credible and believable source, obviously supplied by the corrupt cops; or as Chief inspector Ratahi would later state: ” the CIB, Malcolm Thomas, Naden and the others”. (click to hear that tape)

The likely source of these defamations is the content of the mysterious dosier referred to by Sgt Alan Davidson subsequent to his conversation with Detective Matt Willcox.  The dossier was again referred to in written correspondence on the 4th August 1987 between a CIB officer and his divisional senior Detective Laurie Naden.

Naden unsuccessfully used the dossier sent by Willcox in his last ditch attempt to damage the brothers licence application. In his letter to Wiseman Naden alleges that the brothers are organised criminals (The Mafia).

He refers to the Willcox dossier and the fact that his colleague Detective Sergeant Jones had received a further telephone call from Christchurch, doubtless from either Detective Matt Willcox or his corrupt mate Byrne’s.

In responding Wiseman acknowledges Naden’s accusation that the brothers were organised criminals and advises Naden:

I am well aware that the criminal element are getting into the liqour trade  and also aware of the differculties we experience in sustaining objections.

Hold file until the Christchurch documentation arrives and if it warrents further enquiries forward file to the Senior Sergeant for actioning.

Wiseman in the same letter to Naden shows a healthy cynicism for the Detective Senior Sergeants claims and acknowledges the fact that CIB officers had been busy spreading Willcox’s false allegations:

I’ve heard a lot of rumours about the XXXXXXXXXXX’s but to date seen no facts to support same.

If objection is lodged we will need to produce evidence to support our opposition. This will be by Detective Sergeant JONES giving evidence on oath.

Wiseman cynicism was wholly warranted, needless to say Detective Sergeant Jones did not attend the tribunal hearing nor did he take the stand to give evidence on oath. Detectives Jones, Naden and Thomas had been engaged in a malicious game. They had been engaged in promoting Willcox’s false allegations as fact and they continued to do so in the community – A number even had their eye on a future career in local politics. As previously stated the Gisborne CIB were seriously corrupt, C I Ratahi their commanding officer was clearly of that view; Ratahi was also of the view that Malcolm Thomas in particular was psychologically unhinged and dangerous.

Willcox, Byrne’s and others in the Christchurch CIB at the time were also rotten to the core. Despite the brothers and their solicitor Russell Fairbrother writing to the commissioner of police, John Jamieson, nothing was done.

The evidence suggests that Jamieson’s attitude to systemic malfeasance was simply to bury the offending of corrupt police officers by pursuing fabricated charges, attempting to obtain convictions and thus destroy the credibility of the victims – Jamieson now heads up the catholic church’s  National Office for Professional Standards, yet again charged with what he had always been good at…… burying abuse.

Interestingly, Detective Sergeant Laurie Naden’s letter to Wiseman at some point went missing from the police archives. The Willcox dossier also went missing in 1989 when details were sought by District Commanders Ratahi and Derecourt  during an earlier investigation by the brothers into their licencing application – resultant of a freedom of information request.  CIB officers in Gisborne at that time, including Detective Sergeant Gary Condon, lied to their superiors by denying the existence of the dossier.

The brothers personal portfolio often subjected to serious damage by tenants and ex-tenants, the same clients the TPA had represented

It is patently clear that the rumours were the product of Detective Stanley Matthew Willcox, disseminated through his corrupt mates at the Gisborne Police station; in particular a very corrupt CIB. What sort of influence did Matt Willcox have over Detective Malcolm John Thomas….they had both been charged with recent criminal offending. Willcox with assault, Thomas with similar violent, but far more serious offences.

Alan Davidsons memo recording Willcox’s call of the 4.6.1987 referring to the dosier

Matt Willcox would be present when his police patrol side kick assaulted and seriously injured another Joe Citizen. On that occasion Willcox’s partner was sent down; his sentence? –  prison. Willcox was real angry with one of the brothers and wanted revenge. (Listen to the Willcox tape where Willcox phones the brother). Reference is made to the fact that Willcox was still angry over the section 42 assault. Reference is also made over the fitup on false charges by Willcox four years earlier. That resulted in the brother being convicted of three separate false charges by Willcox.

That particular tape was made as a result of a telephone call by Jonathan Parker to Keith Mitchellmore, and Alex Lee over the false retention of title clause and the conspiracy to have the brothers charged with theft.

Alexander Lee, a high Court solicitor, panicked when threatened with a complaint to the law society for deliberately lying to High Court Justice Robertson and in a knee jerk reaction immediately telephoned his co-conspirator Detective Willcox.

The bottom line is, the correspondence between Martens and the Christchurch Union clearly establishes the on going criminal liable. The Christchurch union’s correspondence refers to their source being an alleged tenant of the men. Martens letter confirms his contact with Smith from the TPA when referring to the false allegation of cases pending in the Tenancy Tribunal.

The allegations of the rape, drug and Mafia involvement and convictions, however, where feed by Willcox and the other corrupt police associates, repeated by a lecturer at the Tairawhiti Polytech, the management at the local Healthboard and the Christchurch Unions correspondence was also found in Labour Department files.

Contrary to the rumours that Andrew Alston & Warren Smith had been promulgating, the brothers had always operated a highly professional business

The TPA and Warren Smiths false allegations surfaced again much later –  August/September 1988 when Jenni McManus of the National Business review telephoned Andrew Alston, law lecturer and TPA founding member. Jenni had been given details by Paul Martens – the connection, again a result of Warren Smiths very early association with Paul Martens and the unions.

For the record Keith Mitchellmore, the accountant for Hilite industries, subsequently plead guilty to serious sexual offences involving children and he was sentenced to three years imprisonment. Details of his offences can be found on the Sensible Sentencing trust sexual offenders web site. His son was also convicted of drug related offences.

Evidence of just how widespread corruption in the New Zealand police force was during the 1980’s and 1990’s is only now seeing the light of day. A worrying pattern of cover up still exists however at a very senior level including the Police National HQ legal section where lawyers are paid to obstruct investigations and conceal documents that evidence criminal offending by police.