New Zealands Act and National Party’s, No Honour Amongst Thieves

With ex ACT party leader and MP John Banks having been found guilty of fraud in the High Court New Zealand’s political class are yet again proving themselves to be amongst the most corrupt in the OECD. Although New Zealand’s political wheelers and dealers have for years been promoting the falsehood, via international corruption organisation Transparency International, that the country is amongst the least corrupt on the planet. 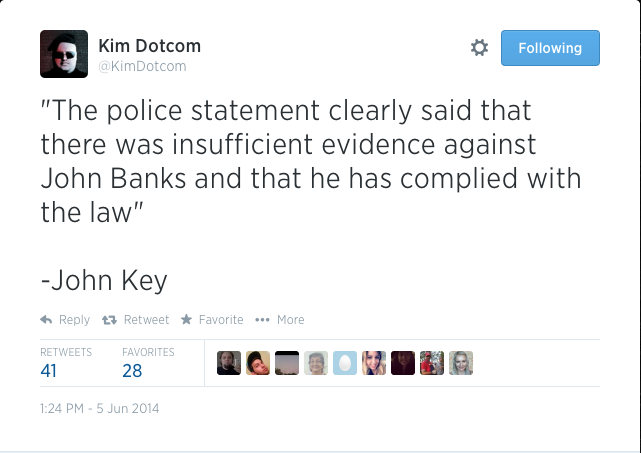 Prime Minister and parliamentary leader of the National party John Key had earlier thought he had the “cat in the bag” so to speak with the police, as always, refusing to charge John Banks, claiming that there was insufficient, evidence had said:

“The police statement clearly said that there was insufficient evidence against John Banks and that he has complied with the law” ………..“I accept John Banks at his word, no charges have been laid, he’s not going to be found guilty, he hasn’t broken the law.”

Rt Hon JOHN KEY (Prime Minister) : Yes, because Mr Banks has given me an assurance that he met the law. The police statement quite clearly said that there was insufficient evidence, that there is a statute of limitations, and that he has complied with the law.

Now that John Key and the entire New Zealand police force have been proven wrong, has anyone, including Key, come out and apologised for misleading the New Zealand public? The short answer is NO!

In fact that have done quite the opposite, Police National Headquarters have refused to comment and John Key, well he had been at it again, instead of fronting the media himself Key sent out fat boy MP Gerry Brownlee (KFC and Bar) to inform waiting Journos of what the governments intentions were. Obviously, Key then managed to avoid the media lobbing grenades at him in the form of his aforementioned arrogant defense of Banks. 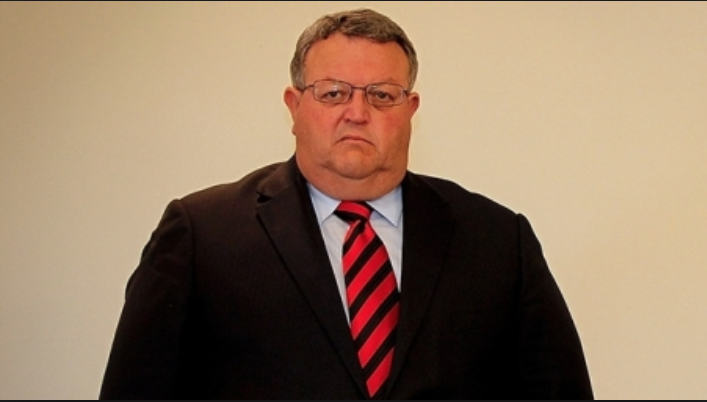 So what has the government done? Keeping it simple they have brought in their best political spin doctors, all obviously accomplished barbers who have been flat out splitting hairs, in the process completely ignoring the Elephant in the room.

The fact that it matters not how many hairs these bastards wind up splitting, in the eyes of the public John Banks is a proven fraudster and has absolutely no place taking his seat again in New Zealand’s Parliament.

John Key and the naughty Nats, however, seem to be living in a parallel universe, no doubt another of those “Hollywood” inspired creations dreamt up by the aforementioned hair splitting political barbers. Key, Brownlee and the mob behind them are holding fast to the notion that despite Banks having been proven beyond reasonable doubt “guilty” he hasn’t actually been “convicted” yet; the judge apparently delaying that little technicality until the day of sentencing, the 1st August 2014, a little over seven weeks away.

The behaviour of the National party, their coalition partners, the speaker of the house, David Carter and John Banks himself is bordering on criminal; yet another of those little “coverup” conspiracies that the Nats are now infamous for. 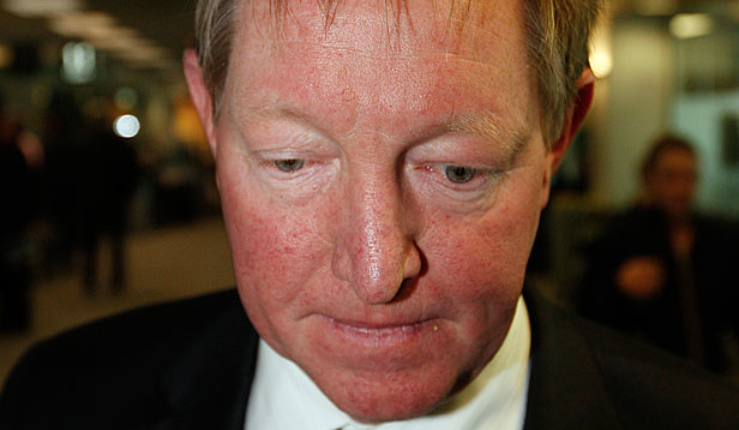 The mere fact that there has been no apology to the New Zealand electorate from Key is a strong indication that he holds no remorse, nor does Banks or any of his political allies. Under normal circumstances judges have used this apparent lack of remorse, an arrogant act of wanton disrespect, when shown by recently convicted felons to hand down even stiffer sentences. Will the courts be treating Banks obvious lack of remorse in the same way?

We somehow doubt it, despite John Key’s political behaviour being something akin to the supporters of any other convicted felon sitting in the gallery and heckling the judge, it’s that simple really.

So back to the issue of corruption. The fallout from the John Banks being found guilty, namely the behaviour of his political allies and their distinct lack of respect for the courts ruling, is demonstration enough of the fact that Kiwi politicians believe themselves above the law. That the are beyond accountability for their corrupt actions. We have seen exactly the same behaviour displayed by John Key in the past, with the way in which he dealt with the revelations around Judith Collins corrupt behaviour; her failure to declare secret dinner meetings with Chinese government officials, and Orivida executives, her husband numbering amongst them. 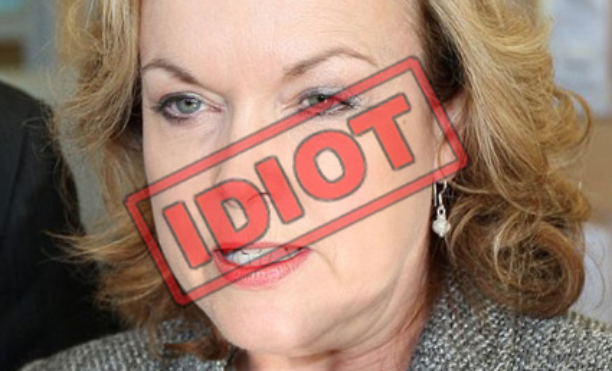 Corrupt Chinaphile, despot minister for justice and all round idiot the Rt Hon Judith Collins MP

We have seen it in the way John Key treats the dismissal of corrupt colleagues as some sort of revolving five-star hotel door, out they go, then surprise, surprise a couple of months later back in they come, through the very same door. The MP for Nelson, Cabinet Minister, Nick Smiths departure over the Bronwyn Pullar affair and his later, all is forgiven, re-entry into political orbit is one good example, there are so many more that its become nauseating reading.

The National party government is acting like any other that has taken power for granted for far too long, it has managed to convince itself that no one has noticed their political sleight of hand. They are a government in the throes of treating the electorate with complete and utter contempt, as blind half-wits, convinced that voters are still in love with megalomaniac John Key, to the extent that they hold the deluded belief that Key has manifested as teflon man.

The fact is, no matter how you cut it, John Banks has been found guilty of fraud, he has lied to the courts (perjury), he has besmirched the names of every witness who gave evidence against him, and last but by no means least he has shown a flagrant disregard for the health and welfare of the political party that had obviously supported his corrupt ways for years.

By remaining in parliament, on a foundation of split hairs, John Banks has shown that he is more loyal to John Key and the naughty Nats than he is to his own political party, ACT.

Come the election John Banks will be gone, forever with any luck. So who will be left to bear the brunt of an almost certain public backlash?

The National party is of course a primary target for the publics anger, but they are to some extent large enough to be able to weather that anger. On the other hand John Banks supporters, the ACT party and its members, are almost certainly not. 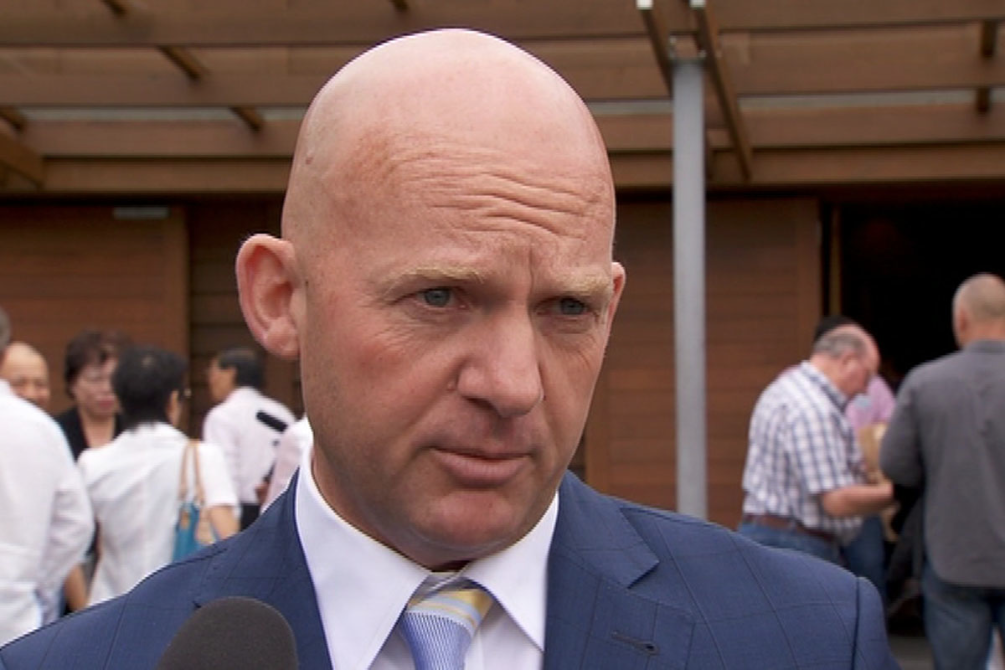 ACT Party leader Jamie Whyte, is he to be the next victim of John Banks arrogance?

But what stands out above all else is the fact that John Banks has no scruples, none whatsoever. He has proven himself to be one of the most immoral politicians in New Zealand’s history, not that he is alone in that class, its more that he was caught and that when he, like every other New Zealander, had to face the music, appearing in court, John Banks chose to lie through his porcelain capped teeth.

Whats more, John Key and the entire National party are maintaining the lie by promulgating and using the myth that there is some sort of morally significant difference between and man having been found guilty and one who is yet to receive the rubber stamp of a “conviction” entered into a book. 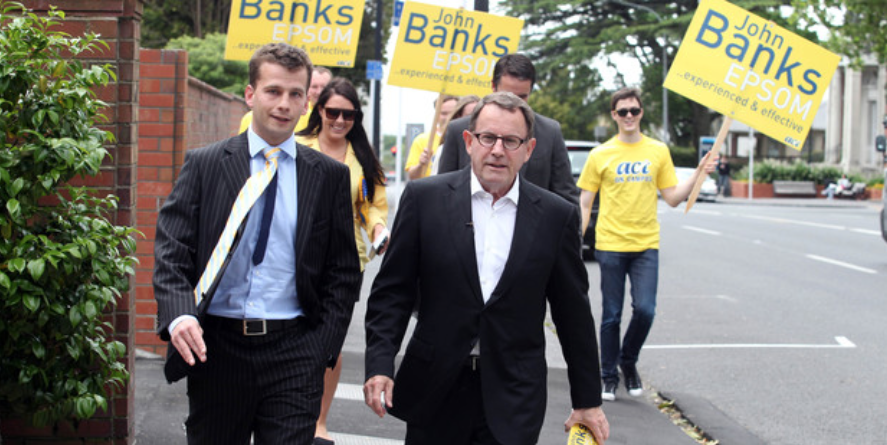 Other members of New Zealand’s house or representatives, the silent majority in fact, are also showing their true colours, their loyalty to John Key , a flagrant abuse or their sworn loyalty to constituents, the truth and above all else the ethical and moral foundations that support the maxim that everyone is equal in the eyes of the law.

John Banks must resign immediately. And what about John Key? Well he is a man that has proven time and time again that he lacks a moral compass. It’s not so much that he has lost it along the way, its more that he is one of those rare and unfortunate sociopathic dropkicks that was born without one. In using the word “unfortunate”, we’re meaning for the good people of New Zealand.

In the coming weeks, before the September election, LF will be bringing Kiwi readers an extraodinary story of National party corruption. Corruption that has and could affect everyday Kiwis, their businesses and livelihoods, in this case it was blatant corruption that set out to pervert justice,  to assist national party donors and supporters evade criminal prosecution. It’s a case were LF researchers have actively participated in locating witnesses and collecting vital evidence. Remember readers if you have a story that needs telling or you know of someone who has been treated unjustly by the New Zealand police or judicial system why not take the first step in correcting that wrong, write to us, Team Lauda Finem at: laudafinem@bigpond.com