A BRIDGE TO FAR 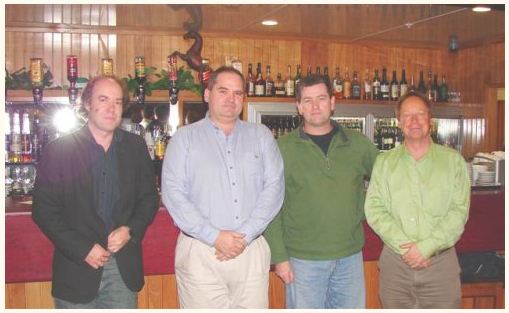 Well it appears to have back fired badly with the prosecution seeking to use that very article against him in his upcoming trial. It would appear that Mr Mayer engaged the services of “self styled” justice campaigner Dermot Nottingham to assist him in his endeavors……Nottingham is not a lawyer…..he’s a justice campaigner, he is also legally required to disclose any criminal activity brought to his attention or he to would be embroiled as a co-conspirator. I don’t know given Mayers admissions that Mr Nottingham’s motivation’s were the same as Mr Mayer’s. The obvious effect of the admissions was that the interest of justice appear’s to have been served. Looking at this situation cynically one would have to say that Mr. Mayer may have misplaced his belief in his own abilities as well as the property market.

Malcolm’s cunning plan and he has had a few, appears to have been to front the media with what was patently obvious but try to spin himself out as his frauds being crimes of omission…omitting to tell the “victim” he was defrauding …that’s an omission in our book.

Mayer’s spin about compensating the “Mum and Dad” investors was empty rhetoric, the properties were all sold by the mortgagee. With no doubt the victims loosing millions. According to Malcolmsomething to do with financial world war three….never heard of it!

From what we have been able to gather from the internet Mayer has been attempting to frustrate the sell down of the properties owned by his various nom de guerre’s. The judgment of Associate Judge Bell is enlightening to say the least. Appearing in court on behalf of Mayer’s Sage Corp Limited ( In liquidation) was a Warren Wilson, ex husband of L G Hookers real estate agent Julija Wilson. Julija previously having a very cosy relationship with Mayer during the years of his offending.

Warren Wilson is not your run of the mill accountant with an insolvency practice….we don’t even think he’s an accountant. In fact he came out of retirement specifically to assist in the liquidation of Sage Corpse…..Coincidentally residing just across the road from a Mayer/Turnbull property at 74 Upper Queen Street. Wilson was caught by Dr Grobler changing the front door locks on 82 Symonds Street (and removing the buildings elevator control panels) a seven story apartment building, in which Sage corp had an interest in the top two floors.

Another associate of Mayer’s, purported to have an agreement to buy the floors….that agreement would appear in the fullness of time to be a sham designed by Mayer and his associates to frustrate the sale of the building and or extract a profit from prospective purchasers seeking to secure the whole building. This associate, Mr Gary Noland, had the good sense or lack of intestinal fortitude, combined with a distinct lack of cash, decided to pull his sham caveat prior to the court case. The sagacious Judge was however soon onto the conspiracy and called Wilson to account when he appeared before him. Despite numerous verbal protest’s by Wilson the learned Judge ultimately found:

[10] Another development was that an affidavit by Malcolm Mayer was filed in the Court. There has been substituted service on Mr Mayer. Obviously this proceeding has come to Mr Mayers notice because he knew to file an affidavit saying he had not been served with the proceeding. His affidavit leaves curious questions. I am aware from other proceedings that people wishing to take steps against Mr Mayer have had to seek orders for substituted service. It is curious that in filing this affidavit, Mr Mayer does not give any information on how he could be located so that his creditors can bring documents to him directly.

The court further recorded Wilson’s extraordinary position; that he could only contact Mayer with regard to matters effecting only Sage Corp. Associate High Court Judge Bell further recorded Mr Wilson’s constant interruptions during the hearing and the strange allegation that the court was misrepresenting his position……We don’t think so Warren!

We think that both Warren Wilson and Malcolm Mayer had drawn a bad hand and should have thrown their cards on the table.