A couple of weeks ago whilst trawling archived news items we came across a number of items penned by award winning journalist Phil Kitchen. Kitchen is obviously quite a duplicitous personality, the anomaly? On the one hand he has written an account of  a womans trauma at the hands of the bent cop’s Shipton, and Schollum and then inexplicably he’s penning a number of other pieces in the Dominion Post supportive of the corrupt Gisborne detectives featured in this blog, albeit in unrelated scandalous subject matter.

Most of the articles appear to be a crude attempt to emphasise their innocense in the kidnapping and assault of Ruatoria Rastafarian Dicky “Diesel” Maxwell.

Kitchin dedicates a very strange article to the Dominions role in investigating the perjury of  a former police sergeant Stephen Tresidder and his subsequent conviction, or is he? He appears to be bragging, then suddenly in the very same article Kitchin employs an impressive gear change, the segue-way moving his readers thoughts onto a somewhat bizarre subject;  clearly he expects his readers to draw some very spurious conclusions without so much as a shred of evidence being provided, just the ramblings of a few punch drunk bent old cops and Kitchins own unadulterated, innuendo.

From what we can gather fifteen years earlier a much younger constable Tresidder was required to give evidence for the crown at the trial of some very bent Gisborne cops; who had allegedly kidnapped and tortured Dicky “Diesel” Maxwell. Kitchin’s fascination with these good old boys likely started, from what we can gather, in the mid 1990’s with the bent Detective Laurie Naden, you’ll remember Laurie hes the one who tried to get his daughters “persona non grata” ex-husband deported.

Kitchin’s article is clearly not investigative journalism or even news, it’s history. Kitchens work borders on being an insane infomercial, pushing a product that should have been long buried in a toxic wast dump. Kitchin it would appear really admired these bent cops, especially Hemi “the hell raiser” Hikawai. According to Kitchin, Hemi was otherwise known as the plod with the $500.00 punch; apparently, Hemi assaulted a Digger and subsequently ordered by the court to pay reparation.

Kitchin goes further with his adulation of Hikawai’s propensity for violence:

After living on edge for so long, Mr Hikawai became a hell- raising detective, always seeking the next adrenaline rush.

He was arrested at Culverden, north of Christchurch, for belting a traffic officer and then again in Timaru for assaulting a man and resisting arrest. Both charges were withdrawn because police said they lacked the evidence to proceed.

Kitchen despite Hikawai’s disgusting behaviour, appears to fawn over him, painting the man as a character straight out of a Boys Own Story, although having said that and looking at the 1980’s photos, by golly, we’d be more inclined to a comparison with an Enid Blyton

characterof the same period, today’s anthropologists would no doubt argue that the term uncle Tom would have been by used by Hikawai’s contempories – we have have it on reliable authority that the term was often used by some Poverty Bay Maori when referring to Hikawai.

Clearly, Kitchin has an unnatural affection for these rough uncouth types; strangely, Hemi, unlike his mate Lew Proctor, was allowed to keep his job.  Must have been another one of those section 42’s, one in the same clause that enabled Hemi’s mate Matt “The Basher” Willcox to escape a criminal record and crawl back into a police uniform. Unfortunately for Kitchin, however, the representations made in his articles are indeed the stuff of children’s fables; colourful and for the most part a complete fiction!

In another of these articles Kitchin is recounting, in a very one sided manner, the events of the Dickie Maxwell saga, in doing so he names the officers who were eventually charged with the Kidnap and assault of Maxwell, allegedly no ordinary assault, it involved Maxwell being stripped naked tied up with barbed wire and the use of CIA special rendition styled torture using hessian sacks and firearms – Kitchen writes:

“Mr Naden, the former deputy head of Gisborne’s CIB, was later charged with attempting to pervert the course of justice because the Crown preferred Tresidder’s and Maxwell’s accounts to statements by Mr Naden and his boss, Norm Cook.”

Kitchin having named the men involved and charged with the various offences in 1987 continues….. but wait, has he really named everyone? There is one glaringly obvious omission. In the very next paragraph Kitchin makes brief mention of an important event:

murder, arsons, stealing and fence cutting. A group of them had kidnapped the head of the Gisborne armed offenders squad“

An event that may well have given his readers reason to stop, think and question the acquittals, had he bothered to supply just a little more detail. Despite the fact that Kitchin named the cops charged, he seems to have had a sudden memory lapse when it came to identity of the senior armed defenders squad member that had been kidnapped, very strange for an investigative journalist – Despite having access to the name Kitchin decided not to use it – In our view, in the absence of a plausible explanation it’s an enormous oversight. 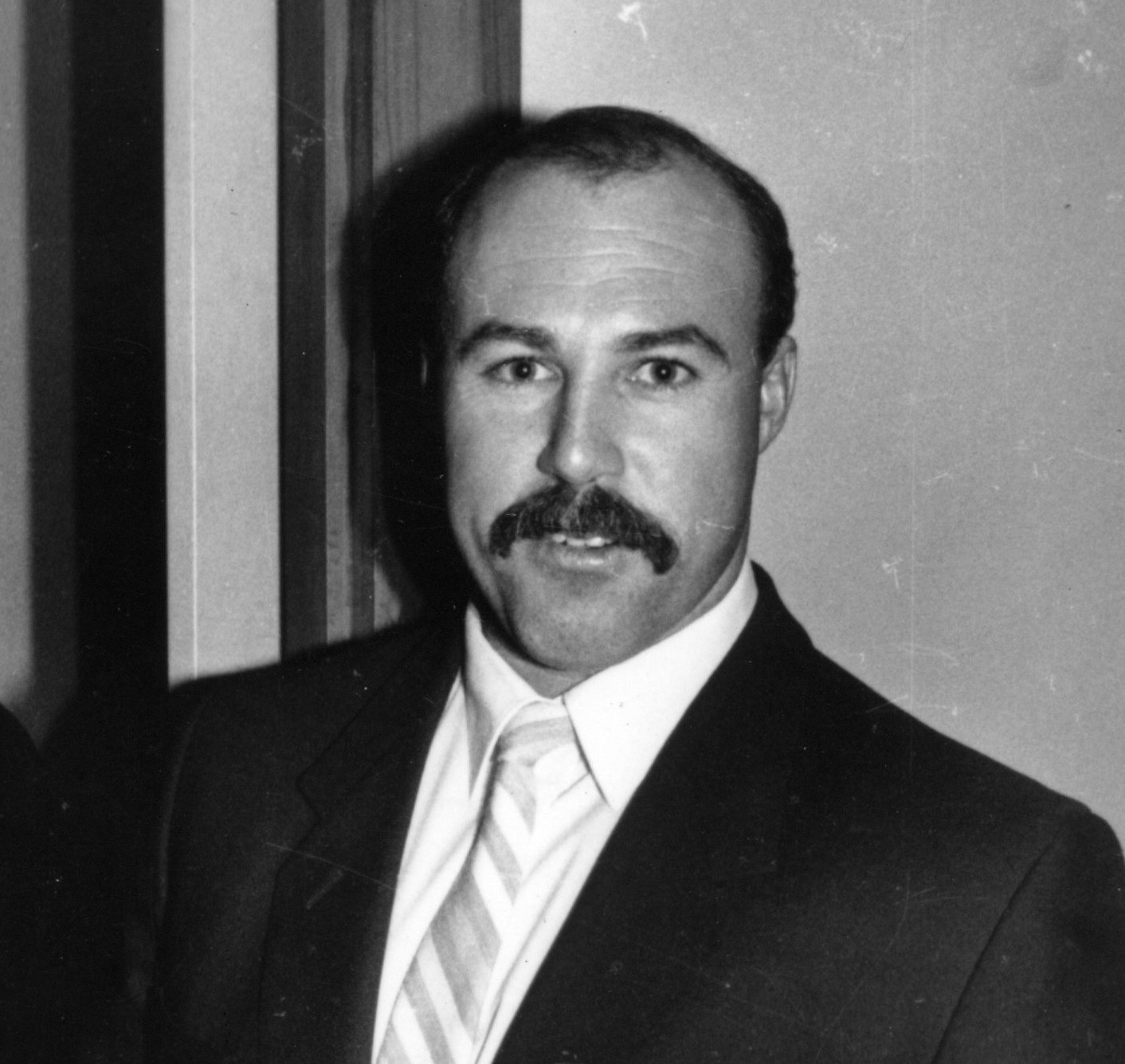 Kitchin however would have known that his readers were likely to draw some very damning conclusions had they known that  Detective Sergeant Laurie Naden was in fact the senior ADS officer kidnapped by Chris Campbell, Hata Thompson and Cody Haua. Laurie Naden, the very same man who was later himself charged with Kidnap, assault and attempting to pervert the course of justice.

We would have though that Naden’s traumatic experience at the hands of Maxwell’s mates and a desire for revenge would have been an obvious motive for the later attack on Maxwell and any subsequent effort by Naden to pervert the course of justice.

In yet another article penned with the sole purpose of lauding Hemi Hikawai’s achievements on the eve of his departure from the police force Kitchin employs the same absent minded selective reporting technique:

Nine years later, Mr Hikawai headed the murder scene inquiry into the killing of Dicky “Diesel” Maxwell — a notorious criminal whose claims that he was kidnapped and assaulted put most of Gisborne’s CIB unit in court in 1987.

Maxwell made the claims just as a huge police investigation into a spate of terrorist-type arson attacks in Ruatoria appeared to have cracked the gang behind the arsons.

Absolutely no mention of the fact that fourteen years earlier, almost to the month, Hikawai had in fact been amongst those cops charged with the Kidnap and assault of Maxwell.  Some very important questions could have been asked. Such as, given Hikawai’s history and the animosity when it came to Dickie Maxwell what the hell was he doing in charge of the evidence at the scene of Maxwell’s murder? What on earth was Philip Kitchen thinking, even more importantly, what the hell were the police command thinking.

Laurie Naden, never heard of him

Kitchin’s views and the sickeningly undisguised pleas he advances on behalf of these mongrels beggar belief. The articles certainly could not be called journalism, they are a disgraceful attempt at re-writing history, anyone with any experience of this group of thugs in the real world would have a very different account, an ugly and extremely disconcerting recollection. Their narrative would doubtless include the views and recollections of other police officers on the ground in Gisborne at the time. People like commanding officers Chief Inspector Whiro Ratahi, District Commander Wiseman and an honest young constable Rewi Williams, both Wiseman and Ratahi in particular were very aware of the level of corruption, particularly in the CIB; as did anyone else who had the misfortune of having to deal with them and their corrupt supporters.

The family featured in this blog knew only to well that these banjo playing hoodlums, posing as police officers, were corrupt and in the midst of being targeted by outrageous malfeasance and prosecutorial abuse they set about trying to prove it.

Throughout the process the brothers were repeatedly warned by many of their local supporters that these cops were not only systemically bent but that they were also physically dangerous, a serious health risk. Even a solicitor , Tony Adeane, who had been a member of the cops defence team throughout the September – December 1987 assault and kidnapping investigation and trial, stated that Thomas, Hikawai and the others were guilty of the Maxwell charges, but like Ratahi Adeane knew that a Gisborne jury would never have convicted them, you only need to look at Hikawai’s electoral popularity to understand why – In small isolated towns like Gisborne police tended to be no better than sadistic vigilantes, injustice was endemic and very much condoned by a suspicious inbreed insular populace. 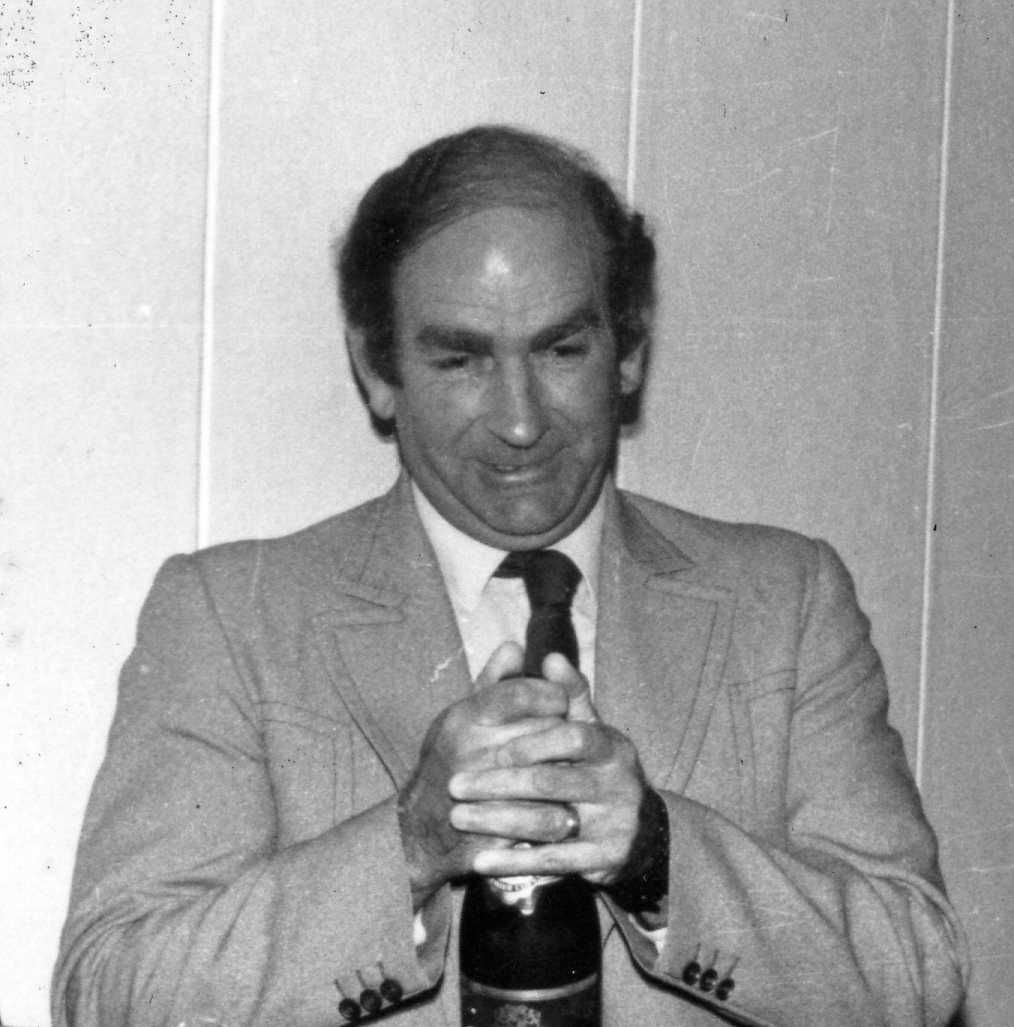 However, you really don’t no whats in such allegations or the opinions of others, until that is, the cops themselves brazenly claim credit for having done Maxwell, and in the next breath brag that the brothers were their next target. Surely, any doubts they may have harboured would have quickly dissipated on hearing that admission.

In one particular extraordinary event a brother was warned by Micheal Muir, the owner of the Gisborne Herald, that the cops were dangerous, Muir advising extreme caution when dealing with them before leaving. Muir had just been a witness to Malcolm Thomas and Steve Dimery, under the threat of arrest,  forcibly conducting an illegal search without a warrant. Naturally, following a complaint to senior police, Muir later denied that the menacing behaviour of both men had occurred, the brothers, however, sought and obtained their own irrefutable evidence, straight from the horses mouth, a taped admission of the threatened arrest from none other than Detective Malcolm Thomas himself.

The long and affectionate relationship that Kitchin had so obviously developed with this group of psychopaths and it would appear their spokesman Hemi Hikawai is obvious in reading Kitchins articles – It was a relationship that Kitchin was to foolishly rely on for very different reasons, thinking he had been given a genuine inside story – Unlike his colleague Jenni McManus we believe, having obtained a variety of  additional evidence  that Mr Kitchin, in association with his colleague Cameron Bates ,may have conspired to write the articles in question in true  NoTW style, intending damage.

Interestingly, it was not the only relationship that Kitchin would decide to utilise in his attempts to achieve some very malicious objectives. In doing so he illudes to the many people he had declined to name, his various other articles reveal who they were.  Kitchin does, however, name his old mate ” hell raiser” Hikawai and the disgraced ex-cop turned private investigator Lew Proctor. What Kitchin doesn’t tell his readers is that he has a very special love for these particular bent cops so we thought we would start by putting the record straight. Phil Kitchin an investigative journalist? Pigs arse!