ACCForum: A Latin lesson for the novice 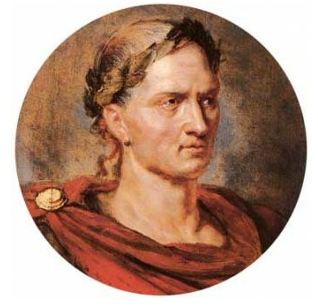 One of the more well known Latin orators

We received an email from our New Zealand reader this morning. Seems he has been blocked from posting on the site www.accforum.org. So we decided to check the site out for ourselves. Every post our reader had placed had been removed. In its place is a recent post by the member; so ovr sensitiveclaimsunit

This member has apparently run an investigation (one lazy Google search?). That member, more than content with their fine investigative work, then draws a very long bow, concluding that they know the identity of us all here at Lauda Finem. Whats more they credit one poor innocent individual with our work.

Not only do they name this individual and credit him with our work; they appear to be so confident in their investigatory prowess (remember readers all based on one Google search); that they then feel totally comfortable slandering the gentleman, without providing one iota of evidence for what amount to, we can only conclude, spurious and incorrect accusations.

Not content with their work, they then go on to name what might be the mans employer, providing the company name and its contact details, phone numbers etc.

Theres only one problem with  so ovr sensitiveclaimsunit‘s conclusions, they are entirely wrong.  The poor victim of  so ovr sensitiveclaimsunit‘s false accusations is apparently a New Zealander and for all intense n purposes, as far as we know is resident there. On the other hand Lauda Finem and its contributors, yes there is more than one, are Australians and resident here in Australia.

Ken Miller would have, of course, been aware of that fact; we sent him an email with the link to our work and of course it is an AUSTRALIAN email address.

Doesn’t that then, we would’ve thought, leave www.accforum.org and its member so ovr sensitiveclaimsunit with a rather large problem. New Zealand’s system of common law is in fact similar to that of Australia. It carries provision for the tort of defamation. We have taken a screen grab of so ovr sensitiveclaimsunit‘s post and will be contacting the man they have falsely accused and attributed our work to later this morning.

In addition to getting this gentleman’s take on what he intends doing about the defamatory posts on www.accforum.org we will be providing him with copies of the online material that we’ve collected and the contact details of the people, we believe, are behind the site www.accforum.org, so that he has a good place to start.

Now to the lesson in Latin; this ancient and scholarly language is often frustratingly difficult for the amateur (those that did’nt learn the language as a child and now rely solely on a Google search). It requires far more than a simple Google search is capable of delivering to be fully appreciated archaic subject matter especially specialist languages.

When used in short phrases such as institutional or family “motto’s” it is often broken down, in translation, into simple english words (often by half wits desperate to claim their place amongst the aristocracy) that would appear to lend meaning. The truth is they don’t.

For example lets reverse the same two words.  Finem Lauda, now what does that mean? If we were to have any confidence in  so ovr sensitiveclaimsunit‘s Latin prowess then we could be forgiven for believing that it undoubtedly meant, End or finish the praise – But of course it doesn’t.

A more accurate translation would be “save the funeral oratory (or speech)”. but it has a deeper meaning still, which if we’re to translate into a form that so ovr sensitiveclaimsunit might be more capable of grasping, means, the emphasis projected with subtle rage ;

“It’s not over until the fat lady sings”

Much much more than the translation of two singular words strung together in an amateurish translation would ever be capable of conveying. We would humbly suggest that so ovr sensitiveclaimsunit leave the Latin translation and investigative work to people with at least a modicum of ability,  Mr Lew Proctor, private investigator and his friends know the type; the educated and intelligent. The type of person that, at the very least, has an understanding of the limitations faced when relying solely on web based resources such as Wikipedia and Google.