The epitome of delusion, Mr Kenneth “the conman” Miller writes.

Photo: Mr Kenneth “malevolent” Miller, aka “Tomcat” and his new ACC defrauded bitch-mobile. Ken doesn’t look much like a sleeping Tiger; Although, we might, at a stretch, count “road kill” as sleeping? Kenneth Miller, the one legged man who invited himself to an arse kicking contest

In the early hours of  last Sunday morning the team at Lauda Finem received a comment from the delusional Mr Kenneth Miller, a wannabe, the founder of www.accfocus.org and a convicted fraudster. We wanted to give Kenneth the right of reply, but of course, as with his mate Douglas Weal, we couldn’t let him hoodwink our readers with the horse shit that he and Mr Weal would otherwise be left to spread on their own personal gardens; www.accfocus.org being one.

Mr Miller in his inimitable style ,a method that defies reason, has without realising it provided Lauda Finem with two very important things, a good laugh and more importantly some good clues as to where more serious offending may well be buried.

What we have therefore done is taken Mr Millers fallacious commentary and dissected into easily digestable pieces. Given that Mr Miller is not a clasically trained cuisinier we have then taken the raw material produced by Mr Kenneth Miller and contributed a classic ingredient,  THE TRUTH, which we know Mr Miller, who is on an ACC benefit uses sparingly. An ingredient that Mr Miller could never afford to give the members of www.accfocus.org

We here at Lauda Finem have all chipped in, myself as the writer of this particular piece, Carlos (currently in Wellington, New Zealand) and the other members of our team; remarkably, all drawing straws and climbing over each other to assist (is that the right word?) in exposing chef Millers sad effort in cooking with truth.

What we’ve done, just to make it a little more palatable,  is layer our factual contribution with that of Mr Kenneth Millers half baked effort at justifying his own indigestible history. So that the astute might readily sort the “shit from clay” we’ve coloured Mr Millers effort blue and the related evidence a shade of “Bisto”  brown. Let the cook-off begin, Mr Kenneth “the con-man” Miller Writes:

Strange it is…
The so called facts quoted re myself,
Are so far removed from the truth,
that the writer of the above,
risks wearing an ,””official certified psycho label””
(maybe thats already in place?)

Mr Miller commences his contribution with a line ripped straight from the mouth of Yoda (looking at the photo, they could well be related), of star wars fame; “strange it is”, and believe me, it gets even stranger.

Dertmot Nothingham, is a rip-off merchant…
I checked out “”the ACC Union””.
and saw it for what it was/ is…
I had no choice, but to relay my findings and observations,
to other ACCforum members,
and warn them to stay clear of it and Nothingham.

Mr Miller appears to be confirming his seminal role in defaming his fellow Kiwi (and it appears from our own research a prominent justice campaigner) Mr Dermot Nottingham, whilst displaying an almost churlish contempt for the poor man. Millers accusations leveled without giving the reader one iota of evidence to support the assertian that the accused is a “rip-off merchant”. We have passed Mr Millers admission of guilt on to Mr Nottingham to use as he see’s fit.

Mr Miller claims to have checked out “the ACC Union” whatever that was and“saw it for what it was/is”. The apparently well informed Mr Miller appears to be claiming that this “ACC Union” exists, we have confirmed that it has not existed for a number if years.

(The names, and other identifying detail provided by Miller have been redacted pending verification, Carlos is on his way)…… the dodgy “”get a car from ACC scheme””.

Unlike Mr Miller we will not be involved in naming people, without first having evidence, but we are nevertheless grateful for Miller’s tip;  “dodgy ”get a car from ACC scheme”

I have never been in business with D.Weal, or what ever.

Lauda Finem have not yet accused Mr Miller of being “in business with D.Weal” we are however very interested in the “what ever” aspect of Mr Millers dealings with Mr Douglas James Weal; in and around his computer school and more importantly the trial of Mr Alan Thomas.

I am not of moari decent …

Mr Miller may well now claim that he is not of Maori decent, however he has certainly held himself out to be in the past:

“I got an e-mail from a tarara a guy called Ken Miller who has set up an ACC advocacy group for people getting the run around. He seems pretty committed so if you need some help, check him out. He reckons he sees so much kaka that Maori have had from ACC in the 23 years he’s lived in the north (eg. a Tetraplegic/Paraplegic, who went 13 years with little or no help from ACC…”

He also seems to have been taking the credit for the accforum site:

Mr Miller has a history of manufacturing false identities so as to obtain a benefit, perhaps his email of around Dec 06, 2004, to “Chooky” at the Kaitaia online Message Board was just another of those fraudulent occasions

As for being “”homophobic””.

I am not gay… have many good long term friends who are.
and a family member “”who was””.

Ken’s not gay, no kidding, that explains his dress sense! Give us all a break Ken, using that old, hackneyed cliche excuse as a defence for your outrageous use of denigrating language and innuendo, vilifying gay men on the site www.accforum.org, is lame and doesn’t wash. Whether or not you Mr Miller have a deceased gay relative and or friends is irrelevant. Homophobia is not about one’s associations. It’s about one’s actions and Mr Miller’s posts have been nothing short of vile and reprehensible; indicative of a smutty minded school yard bully

To date I have counted some 280, persons with the same name as mine,
with dodgy histories.
via the internet.

We here at Lauda Finem are not at all interested in Mr Miller’s ability to count. If he has nothing better to do with his life than research the histories of other dodgy individuals who bare the same name good luck to him (not that we believe he has). Readers will no doubt recall another Lauda Finem writer warning of the perils of using web content alone as reference material.

We would never rely solely on information drawn from the internet, without first checking the veracity of the source, then cross checking material before using the reference. The best sources for validation are of course official records. Things like police/court records and CRN’s, you’ll note that this site is littered with reference material of that nature.

Have had some fun with this…

So too have we Ken, but its no over yet mate. Sorry it took us a while to get back to you; in posting your comment. We just needed to confirm a few things first and we also wished to afford you the same exposure as your mate Douglas Weal.

looks like I may get to substancially increase my bank balance again soon.

We too would love to hear about your bank balance and how you have derived your obviously considerable wealth. We would also love to see you here in Australia, should you decide to launch your threatened tort. Of course, that won’t be anytime soon as you won’t be legally aided in Australia and unlike you Mr Miller we deal in the truth

So back to your bank balance you must have amassed quite a lot of cash (litigation isn’t cheap) – what we would love to know is, just how did you manage that Mr Miller, whilst being on an ACC benefit?

Have a nice day Suckers. 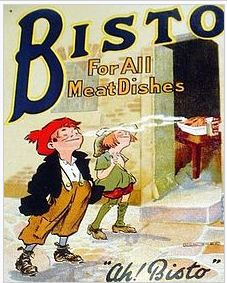 Now that the Goose is well and truly done, we'll leave you all to make the gravy: we recommend Bisto - useful for clown's like Ken - that can't cook to save themselve's

The only suckers, Mr Miller, are the fools that trust you with their inner-most personal thoughts and feelings, bigger fools if they have entrusted any identifying detail – The likes of poor Mr Alan Thompson. You have a nice day too Kenny boy, although we here at Lauda Finem some how doubt it!