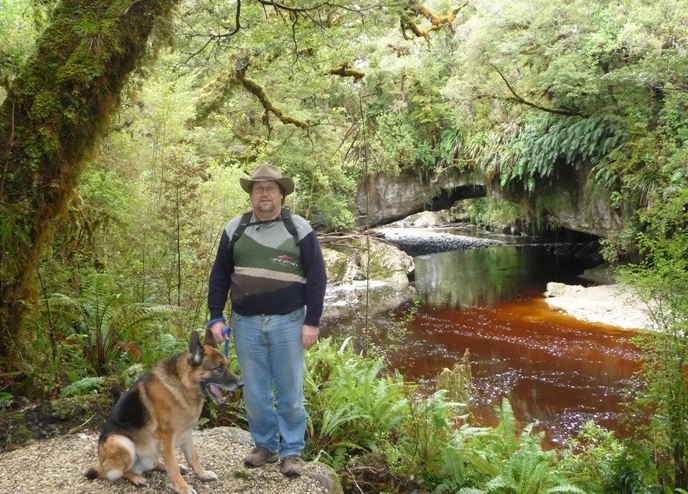 Mr Douglas Weal and Kenneth Miller were the star witnesses in the police case against Takapuna bomb plot accused Alan Thomas. In the email below, sent by Weal to one of his contacts in the New Zealand police force he appears to be uncomfortable with Thomas defending himself and threatening him with the possible legal repercussions for having made a false complaint.

Thomas apparently, from what we can work out, had from the outset maintained his innocence; claiming that various other members of www.accforum.org, namely the sites administrator Kenneth Miller and another member Douglas Weal had set him up.

On the face of it, if you have never been the victim of serious false allegations you might find conspiracy theories far fetched – but often they are not, that’s why organisations such as the innocence project are born and continue to exist.

Mr Weal in his email to Detective Robert Thow appears to be alleging that Alan Thomas had constantly been threatening him on-line.

From what we can see however, Thomas was possibly, naturally enough,  just a little upset at what he considered to be false allegations. A set-up that both Miller and Weal had conspired to make against him.

If the allegations were indeed false then of course Mr Thomas had a right to be upset with these two scumbags and their home grown conspiracy. Thomas would also have been within his rights to warn both of them that making these false allegations to police or any statutory authority carried serious penalties, including imprisonment, if convicted.
Mr Weal starts out his email to Detective Robert Thow by claiming to know little about the case other than the fact that he had given police a statement and that police had subsequently charge Thomas:

“In February this year, at the request of the police I made a statement about Mr. Thomas . Mr. Thomas was subsequently arrested and charged with offences, however I do not know the details.”

From the evidence we have seen Weal has just told a bold faced lie, although we’re not sure yet to what ends or for who’s benefit he was being so pedantic, especially given that the cop was clearly one of the investigating officers and would have already known the extent of Weal’s involvement. The email, in our opinion, appears to be again setting Mr Thomas up for a fall – more false allegations perhaps?
Of course Thomas was always going to be given a copy of Weals statement, its called disclosure, and it’s a vital component in the execution of a fair trial – all men have the right at law to confront their accusers. The process of disclosure was always going to mean that Thomas found out who his accusers were and just they had accused him of – surely the police would have informed Messrs Mr Weal and Miller of that reality –  Miller in particular was familiar with the criminal court and the legal procedures involved.

Its also important to remember that Mr Weal was not making this complaint in person to a police officer at the front desk of a local station, who mightn’t have had a knowledge of the case.

Mr Weal is making his complaint to a detective, one of the cops who had been responsible for the investigation and charges Thomas faced. A police officer that Weal undoubtedly already knew (for what other reason would Weal have had this particular policeman’s email address).
So why then does Douglas Weal feel it necessary to provide superfluous detail to a cop that is already clearly familiar with the extent of his involvement:

“I made a statement to the police about the conversations I had with Alan Thomas over one year ago. I made no accusations – I just recounted the conversation to the best of my memory. Since the time of these conversations I have tried to put as much distance between myself and him as possible, as they were of a nature of something I do not wish to be anyway involved in”

Well one reason might have been that Weal intended the email to have a far wider audience than just himself and his new friend Detective Thow. Looking at various other correspondence written by Weal we believe that he was setting the stage for this particular emails “third party” readers. Weal wanted others to believe he had little if any involvement in Thomas being charged.  Again, we catch Mr Weal spinning another bold faced lie – Weal knew exactly what had happened, in fact in quite some detail!
Weal continues:

From: “Douglas” <douglas@planet.net.nz>
Date: 4 November 2008 9:26:43 AM
To: <Robert.Thow@police.govt.nz>
Subject: re: Alan Gordon Thomas
In February this year, at the request of the police I made a statement about Mr. Thomas . Mr. Thomas was subsequently arrested and charged with offences, however I do not know the details. In about June or July Mr. Thomas, through his solicitor appears to have obtained a copy of my statement. Since that time I have been subject to abuse and accusations from cohorts of Thomas, including many unwelcome phone calls. Mr. Thomas has published many veiled threats on the internet, which I have passed onto you, but in the past he has been not named who these threats were directed at.
Yesterday Alan Thomas named me on the internet stating the allegations against him were false, named me and stated I will be prosecuted. I regard this as a threat and an attempt to intimidate me into not giving evidence against him. (see attached copy).
Mr. Thomas latter modified his internet posting to attack me personally. (see attached)
It has been reported to me by Dave Butler, that he has been approached by Warren Forster on several occasions, asking him to make a statement that it was me that was planning to bomb the Takapuna office of ACC, and I set Thomas up. (why would I do that – I have nothing to do with the Takapuna office – don’t even know where it is?). It is also being alleged that the “objectionable material” found on Mr. Thomas’s computer was planted.
This whole matter is going too far.
I made a statement to the police about the conversations I had with Alan Thomas over one year ago. I made no accusations – I just recounted the conversation to the best of my memory. Since the time of these conversations I have tried to put as much distance between myself and him as possible, as they were of a nature of something I do not wish to be anyway involved in.
I have had enough of being threatened by Thomas and his cohorts in an attempt to dissuade me, and others, from giving evidence against Alan Thomas.  (see postings)
I ask you to do something about it. Please regard this as a formal complaint of attempting to intimidate a potential police witness.
Regards
Douglas Weal
ph 09 4356516,  0272840044 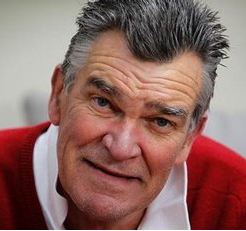 Now, given Mr Weal’s obvious concerns  with threatening behaviour and his apparent ability to recognise implied or veiled threats (as set out in the above email of the 4th November 2008) why would he then, some months later on the 22 February 2010, send a clearly menacing email to a third party. Another man, who was also a member of www.accforum.org and it appears from some of his posts very concerned with the fact that Thomas may have been framed by Douglas Weal and Kenneth Miller:

From: “Douglas” <douglas@planet.net.nz>
Date: 22 February 2010 9:11:26 PM
To: “Dave” (redacted)
Subject: Issues
Dave
regarding your phone calls Saturday and Sunday. I spoke to you in some detail about the Alan Thomas trial because I was told in Court, in no uncertain terms by Nigel Cooke, that you were not being called as a witness. The hearing is in public, but on leaving the Court I was cautioned about speaking to any other witnesses, You mentioned the email I sent to Thow about Warren Forster contacting you. I copied it to you at the time, and Thow has this on file. It was not an issue then so why is it an issue now?
You then mentioned you were in contact with Alan Thomas and had sent documents to Nigel Cooke. Please take note that for the past two year I have had a policy of not having anything to do anybody connected with Alan Thomas, as I regard him as very devious and manipulative – and the same applies in your case.
My advice to you is to be very careful about anything you do in relation to this case, as it would be very easy for either party to accuse you of attempting to pervert the course of justice. I agree with you that Thomas is seeking to hang this on someone. I am OK, Ken is OK, the police are OK; are you sure you want to get involved?
Think about it. There is a wonderful life out there to be had away from the crap created by Thomas.
Enjoy the good life! 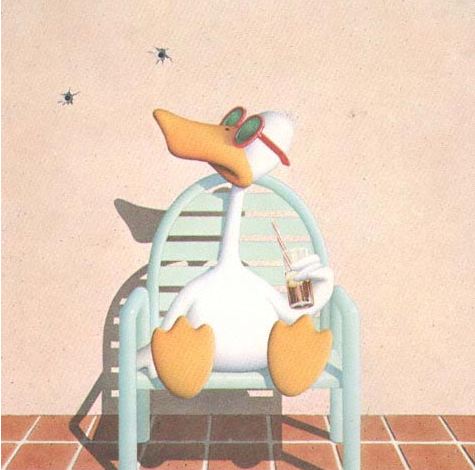 Regards
Note: The image of a sitting duck looking at a bullet scarred wall was sent by Weal with his email!

Why did Weal send this clearly threatening email? Looking at various other documents in the tranche (that Lauda Finem has received) one reason may be that the man, Weal is clearly trying to intimidate, had some evidence of serious wrong doing by both Weal and Miller. Perhaps this man knew that both Weal and Miller had been working like two mangy cattle dogs and had, what we would consider, extensive form for making serious false allegations against a number of other innocent men. Next up: www.accforum.org a very bitter little domain; just exactly where did it all begin?