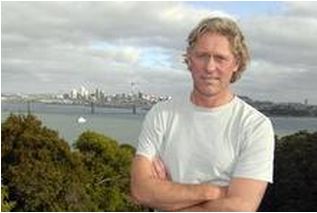 Brent “Clever clogs“Clode has meet his Waterloo is how the New Zealand herald described the final demise of ex Olympian kayaker Brent Clodes bankruptcy. It appears he was up shit creek without a paddle.

Clode infamous for his cowboy construction methods and breachs of building codes and regulations left a whole lot of leaky buildings , a corpse and bankrupt investors in his wake.

Clodes legacy was less about Olympic gold and more about Olympic sized losses and dead and injured workers.  Clode and his company were responsible  for willfully breaching  building regulations resulting in the death of one man and the serious injury of another in a building collapse.  Clode plead guilty in 2003 to offences resulting in the death of Te Rue Tearetoa and along with his now liquidated company was fined $ 89,000 dollars. The prosecutor describing Clode’s actions as “reckless in the extreme”

Ross Wilson the president of the Council of trade Unions called for Corporate Manslaughter  laws to ensure people like Clode were properly dealt with.

Clodes other claim to fame was the collapse of some sixty odd companies and the loss of millions of dollars from shonky developments. But even then Brent Clode thought he had an angle he pulled a swifty and put most of his companies into voluntary liquidation and appointed his friends and family members as liquidators.

Clode appointed his brother in law who allegedly works part time in a drug rehabilitation  clinic“” Michael “drop me a tab or two” Cooper allegedly denied he was a smack head to the NBR.  Coopers tenure lasted until he had to resign because he to was up the proverbial creek without a paddle and was bankrupted. Clode then appointed his brother Peter Clode, a sports therapist, who lived in America. When that looked just to comical Peter was replaced by sycophantic “face book” buddy Melisa Watson.

That’s when the financers Fisher International trustees Ltd got a bit tired of the nonsense and applied to the High Court on the 4th November 2009 under s 283(4)  of the Companies Act 1993 for the removal of Melisa Watson. The counsel for the applicant commented on Clodes conduct and involvement in the liquidations of his own companies that;

The court ordered that Ms Watson be adjoined as a party to the proceeding and that she be served. A male occupant at Melisa Watsons address for service tore up the papers, we have no idea who this guy was but he was wearing speedo’s and folded the Court documents into an origami canoe. The Official Assignee was subsequently appointed when Ms Wilson didn’t have the balls to front up to court. Funny that!

Clodes dodgy dealings did not stop there, he was also caught up in the Trustee Executor finance fraud with fellow bankrupt and alleged 50 million dollar fraudster Malcolm Duncan Mayer the ”boggle eyed swindler”.  Clode and his mate Lance “budgie smuggler” Gilbertson, a fellow kayaker, entered into a conspiracy to syphon  off $ 800,000 dollars worth of equity from one of Mr Mayers companies leaving the creditors high and dry. This is where it got even more interesting, enter stage left William Alexander Ritchie of 44 Dominion Ave, Cambridge, a close associate and partner of  Gilbertsons.

Trustee Executors Ltd caveated the property and sued Gilbertsons company Eden Holdings (2010) Ltd to recover the equity. They failed in the High Court ( CIV-2010-483-000101) in establishing a link between the fraud committed on them and the equity being transferred to 43 Eden Road, but succeeded on appeal in CA526/2010.

Gilbertson has been lying to reporters from Fairfax’s Manawatu Standard about his association with Mr William Alexander Ritchie. Jimmy Ellingham, the court reporter for the standard, has been sniffing around asking uncomfortable questions. The lies are all a bit pointless now ” Budgie Boy”…especially since your mates signature is al over the documents filed in the Companies office.

Clode and Gilbertson were also involved in the so called management of an illegal doss house on the 7th and 8th floors at 82 Symonds Street. An office floor in a central Auckland tower owned by Mayers Sage Corp and his sister in law…not that she knew she owned it. You would have thought Clode would have got the message after being responsible for the death of a worker and the serious injury of another. Well he hadn’t the doss house had young foreign backpackers and students crammed into it. The property had no sprinkler system and whole floors were packed with old furniture and bunk beds. There were no proper ablutions or kitchen facilities for that matter, it was a death trap waiting to be sprung.

That wasn’t the only scam Mayer acting on Clodes advices appointed another bogus liquidator to Sage Corp…..of course this clown wasn’t acting for creditors but set about threatening tenants, purchasers, real estate agents and lawyers in an attempt to prevent the sale of the back packer floors.. He also hasn’t complied with his statutory obligations and filed the regular six monthly reports as required by law….in fact he’s done nothing much at all…..or is that the plan.

Its not over yet, rumour has it that the SFO is on the Gibertson case…..well its just a rumour and it is the SFO. Enough said.. The criminal trial of Malcom Mayer is due to be completed in February 2012 before a Judge alone at the Auckland District Court.

Gilbertsons companies are now facing action by an aggrieved Trustee Executors Ltd wanting their money back. Eden Holdings 2010 was placed in liquidation on the 28th July 2010. A big portion of the equity in 43-45 Mount Eden Road has vanished. Extract from Bob Day states

Other details: Eden counsel Stuart Gloyn told the judge on 10 July, when the hearing date was set, a property sale had gone ahead, allowing $100,000 to be released, but settlement was complicated by other proceedings under way against Eden and another defendant. Mr Gloyn said Eden didn’t have recourse to the property sale proceeds because the funds – a total of about $300,000 – were in an escrow account and a creditor’s compromise was also under way. Trustees Executors claimed there’d been a jacked up valuation. Mr Gilbertson is a director of Lajenka Ltd, LJK Investments Ltd & Nikau Holdings 2010 Ltd, and has acted as both a director & receiver of some of now-bankrupt property developer Brent Clode’s companies.