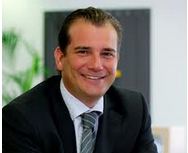 Seems that the REAA‘s very serious issues might be on the path of exponential growth. A high flying agent Margaret Adams gets done by the REAA tribunal for what we figure has been a victim-less offence, meanwhile Ray White’s high flying ace, fraudster Martin Honey, seems to be enjoying his “get out of jail free” ; card having cost the victims, his local competitor, thousands.

Martin it would appear has been playing a lot more than a simple game of Monopoly and in the process he’s purchased some sought after prime dirt; in the National Partie’s Minister Nathan Guy and the un-elected list MP Dr Jackie Blue. Has Mike Bayley gone halves in that same property?

When one takes a closer look at the Margaret (Marnie) Adams saga there also appears to be something very fishy going on. We’re in fact beginning to wonder whether Mike Bayley of Bayleys Real Estate is a National Party supporter.

In one of the New Zealand Heralds articles Mike is quoted as saying:

The Herald for its part seems to be taking a lead role on this story and unusually they’re pulling out all the stops to damage Ms Adam’s reputation, drink driving and a fugitive brother?…. whats that got to do with selling Real Estate? Just who were the Heralds sources, Bayley’s staff perhaps, the same staff that write the cheque’s for the Heralds advertising bills – its not hard to read between the lines on this one.

The herald however seem reluctant to get to the bottom of whats really happening at the REAA. We have sent the journalist an email this morning on the Martin Honey Ray White fraud, so lets see if they’re as eager on that score…..we think not, we think that this flurry of stories involving the REAA is nothing more than cover-up spin, It may however backfire….we’re not all idiots!

There’s another fishy element to this story involving Margaret Adams; that’s the involvement of Brent Stanaway as prosecutor – that could be just a little to close for the comfort of REAA CAC Chair Anna Tierney, Stanaway flown at tax payers expense all the way from Christchurch? Then there’s Mike Bayley’s statement purportedly in defense of his companies actions and the REAA:

Our regular readers will know Mr Stanaway for his involvement with bent cops, Matthew Stanley Willcox and Malcolm John Thomas in the 1980’s. Stanaway (pictured right),is renowned for his skulduggery!  According to another source Stanaway, Lead Crown Prosecutor for Christchurch, is the subject of multiple allegations of perverting the course of justice dating back to the Peter Ellis childcare molestation prosecution 20 years ago….Lauda Finem has evidence that this so called barrister’s contempt for the law went back a lot further, way back to 1984.

As at January 2011 Stanaway was also defending a Law Society complaint for materially deceiving the Court of Appeal in relation to former cop John Dewar’s appeal against conviction for failing to properly investigate Louis Nicholas’ historic rape allegations.

We’ll be contacting Margaret Adams at Sotherby’s so as to obtain more in depth detail (her perspective) of the case. New Zealand’s a very small place when it comes to corruption and colluding public officials, especially those working in and around crown law and its many offices.