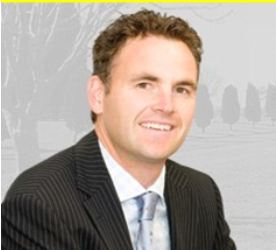 The following report was commissioned by the REAA in June 2011, the report writer was somewhat stymied by the REAA’s failure to seize and provide Martin Honeys computer hard drives and email accounts. Even so the writer managed to reach some damning conclusions about Mr Martin Honey’s web based fraud.

Despite the REAA having this report and providing it to the fraudster Martin Honey for his response the investigating officer Ross Gouverneur, we believe, intentionally withheld the document from the complainants for well over over nine months.

Despite Mr Gouverneur having being given additional evidence, in the form of a comprehensive video presentation of the fraudulent website in action, complete with footage clearly evidencing that the various page links were live and operational and furthermore the intentional use of a seperate non business email address on the fraudulent Re/max contact pages; “martinhoney@xtra.co.nz”, as distinct from the use of “martin.honey@raywhite.com’ on the legitimate web pages, Gouverneur failed to pass the evidence on to their forensic analyst for review. We know this because the investigator/report writer, Michael Spence has stated as much in a taped telephone conversation.

We also know that Mr Gouverneur wrote to Martin Honey in June 2011 stating that the REAA’s investigation was soon to be concluded and requesting a response to the Forensic Report, we believe confirming Honey’s criminal intent:

The Complaints Assessment Committee (CAC) is in the process of concluding its investigation into (redacted) complaint.

Enclosed for your reference is a copy of a specialist report the CAC has sought in relation to establishing the cause of the issue complained about.

The CAC invites you to provide a written response in relation to the material the CAC has obtained from deCipher Limited before the CAC holds its hearing in the matter.  The CAC invites you to do so in writing, within 10 working days of the receipt of this letter. You may or may not wish to have your own IT person review this report and provide comment.

You will appreciate that for natural justice to be upheld a copy of any new information you provide to the Authority will be forwarded to the licensee for their information.

Please note that if you do not provide any new information in relation to the complaint, the CAC may make a decision at that hearing based solely on the information already at hand. Please also note that this email only deals with the specific complaint made in relation to your website and not other matters raised by yourself or the complainant and I would ask your response does likewise.

Thank you and regards

Interestingly Mr Ross Gouverneur, despite holding a purported belief that “for natural justice to be upheld a copy of any new information” should have been sent to the compalinant he amazingly failed to do so for over nine months, only providing the documents when it became clear that the REAA had a whistle-blower in its ranks and being advised that a formal complaint had been filed with the SFO against the CAC chair and SFO officer Anna Tierney for conspiracy to defeat the course of justice.

Once the report is read it becomes clear that the damning evidence which upheld the complaint against Honey should have been immediately released to the complainant, so why wasn’t that done?

When seen in the context of all of the events and the behaviour of the REAA there is only one conclusion to be reached, senior civil servants at the REAA have attempted to pervert the course of justice! Nine months on from Ross Gouverneur’s email to Honey claiming that “The Complaints Assessment Committee (CAC) is in the process of concluding its investigation” absolutely nothing has been done. Lauda Finem hold further REAA documents that evidence misfeasance on a large scale by the REAA and the staff involved against the victims of Martin Honey’s criminal offending.

1. I have been requested by Ross Gouverneur of the Real Estate Agents Authority to comment on the formal complaint number CA(redacted). A brief list of my Qualifications and experience in the area of Digital Forensics is attached as Appendix A to this report.

2. This report is based on the following two documents supplied to me:

3. While I am able to comment on the claims made in both of the above documents there is no copy of the actual web site, as at 18 April 2010 to review.

4. I comment below on those areas of the formal complaint document that fall within my area of expertise.

5. By way of straight forward explanation, a web site is made up of a number of pages of information. These pages (each has an individual name) may have links embedded in them to allow a user to navigate from one page to another within the web site.

6. The initial page of a web site (usual called the home page) is accessed via the domain name of the web site. In the case of Mr Martin Honey’s web site this Domain name was and is ‘www.martinhoney.co.nz’

7. If the name of a page on a web site is known it is possible to navigate directly to that page by entering the domain name followed by a ‘/’ and the name of the page. This is referred to as the Universal Resource locator (URL). Web sites are not hierarchical in nature and you do not have to enter via the home page.

8. If an internet search engine such as Google is used this will direct the individual directly to the page of interest within a web site, either the home page or another page, by using the URL.

9. The appendices to the complaint document, all dated as having been produced on 18 April 2010, show that the URLs (at the foot of most pages) are:

a. http://www.martinhoney.co.nz/remlistings.php (The Remax pages)

11. In the change of ownership of a franchise, as described in the complaint, the process for the previous owner of the franchise regarding the web site would be to:

a. Have new web pages created showing the new brand name (Ray White in this instance) and

12. Of considerable importance in the complaint document is the statement (paragraph 10.2) that the pre October 2009 Remax branding of RE/MAX HOME has been replaced with the post October 2009 branding of RE/MAX on the web site. This would indicate that the Remax pages have actively been amended to reflect the new REMAX branding and then left active within the web site. This is not a case merely forgetting to delete the Remax branded pages.

13. Web pages often draw their active (changing) content from other pages or databases. This is likely to be the case within a real estate web site with the list of current properties for sale. It is therefore possible that the displaying of the new listings on the Remax pages at 18 April 2010 was a result of these pages being left active and still ‘linked’ to the new listings database for the web site. I would not be able to confirm this without reviewing a copy of the web site as it was on 18 April 2010.

14. Leaving the above Remax pages active would have had the effect of directing any internet users using search terms such as ‘Remax’ and ‘Onehunga’ to be presented with the Remax pages within the martinhoney.co.nz web site.

15. In the first line of his response Mr Taka states that ‘The Martin Honey pages are not live as such there is no direct access to these from the web site’. He then goes on to comment that these pages will be deleted. What this means is that:

a. The pages are live within the web site.

c. A search engine such as Google using search terms of Remax and Onehunga will direct a user to the Remax pages within the martinhoney.co.nz web site.

16. The references to Google and caching are confused and are not relevant to the issues raised in the complaint.

17. Based on the information that I have been given and in absence of any additional information I would conclude:

a. That the Remax branded web pages within the martinhoney.co.nz web site were left active but not referenced by other pages in the wider web site. The effect was to:

i. ‘Hide’ the Remax branded pages from users who accessed the web site directly and

ii. To direct users utilising search engines and search terms such as ‘Remax’ and ‘Onehunga’ to the martinhoney.co.nz web site. Users would then be presented with Remax branded pages containing up to date property listings.

2. I have over 30 years experience in the information technology industry gained in the UK, Switzerland, Australia and New Zealand.

5. As part of my Masters degree in digital forensics I published, in 2010, a thesis investigating the factors influencing the transfer of Digital Evidence across international borders.

6. From 1996 to 1999 as a senior IT Manager with the New Zealand Police I was responsible for the establishment of the Auckland based Computer Forensic Services in 1997. This subsequently became part of the National Electronic Crime Services. At the conclusion of my contract with Police, I established deCipher Limited.

7. Between 2000 to 2011 I have carried out more than 500 digital forensic investigations in New Zealand, Australia and the Pacific Islands. I have given evidence as an expert witness on about 60 occasions in the Employment Court, District Court, High Court and Appeal court of New Zealand

9. I am a member of a number of professional bodies, including:

(a) The New Zealand Institute of Directors (IoD). Member since 2001.

(b) The New Zealand Security Association (NZSA). Member since 2001.