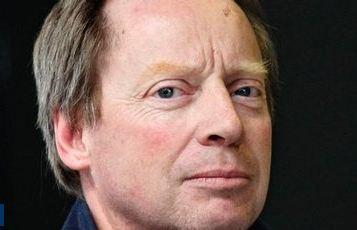 High profile side kick counsel Greg ” Big Balls”  Bradford has accused prominent financier Trustee Executors Ltd (TEL) of “defrauding” (his word not ours) the Serious Fraud Office in relation to the investigation of the 50 million dollar fraud allegedly committed by his client the self confessed “$50 million dollar swindler“ Malcolm Mayer.

Mr Bradford goes even further with allegations that TEL had deliberately undersold properties and mislead the Serious Fraud Office with respect to the  losses the company had suffered.

Bradford in a self serving defence memorandum sent to witnesses, the real estate agents responsible for selling most of the Mayer properties, attempted to appeal to their ego’s in making out that if they changed their evidence they would come out “smelling like roses with some serious publicity praising their work” and that they would be seen as “champions of justice”

In his memorandum the straight talking cunning counsel also proposed that the witnesses should join forces with the Mayer camp against TEL so as to have the seriously inculpating documents found on level 5 Peace Tower ruled inadmissible at trial. Without those documents Mr Bradford suggests “If the level 5 documents were ruled inadmissible the SFO would not have a case against Mr Mayer”

Bradford describes the evidence discovered by the realestate agents as damning, evidence that  included “the Forgers Kit”. Bradford surmises that TEL had deliberately set out to dupe the unwitting agents by leaving the documents, sourced elsewhere, on level 5 for the agents to subsequently find and then surrender to the Serious Fraud Office.

Mr Bradford’s little scam however failed miserably, the agents did not change their evidence and Bradford and his boss Gary “Mr acquit” Gottlieb were forced to present their suppositions to the trial Judge under a second Section 344a application, again opposing the admissibility of the documents at Mayer’s trial. The decision on that application was reserved by the Court

The lawyers and Mr Mayer will have to await the outcome of the hearing; that’s if Mr Mayer is ever well enough to withstand his ongoing cross examination at the hands of the SFO’s prosecutor, Mr John Dixon. Poor little Malcolm has a habbit of going wobbly at the knee’s and breaking out in hives when its apparent that the judge might not be buying his fairy tales.

As far as Malcolm’s concerned it was all the work of his erstwhile partner in the property investments; Mr Simon Turnbull. Malcolm also reckons that all he had done was to buy property at wholesale and sell on at retail…..that may well have been a pretty credible explanation, but for the fact that he had sold the properties to himself….bugger that sort of toss’s one or two flies into the ointment…….. oh and then there’s the small matter of his own confession!