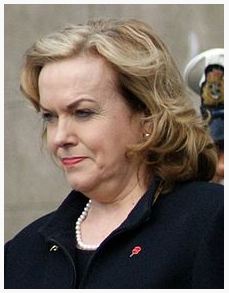 Judith Collins: A Bulldog for a Minister. “More chins than a Chinese brothel”

What mystery? Apparently New Zealand’s Prime Minister John Key has twice sought pledge’s from his Minister Judith Collins that her office had not been responsible for leaking documents related to the Nick Smith scandal and the subsequent attempts, we believe, by the Accident Compensation Corporation (ACC) and the National Party to demonise the whistle-blower Bronwyn Puller. 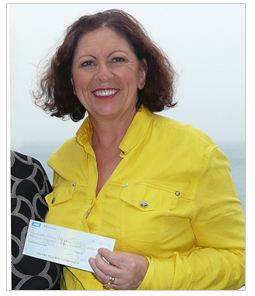 Michelle Boag, always involved in charity work, and it would now appear, controversy

When asking the question who leaked the emails one really only need look at motive. Who’s interests were to be  best served by discrediting Pullar, one would have certainly thought that ACC and the National Parties certainly were. This is born out by the subsequent demonizing of Pullar at the hands of the state owned broadcaster TVNZ and APN’s the Herald on Sunday, the recipient of the leaked documents.

Subsequently fingers are now also being pointed at the ex National Party president Michelle Boag. Boag who, we believe, clearly had nothing to gain in doing so. Both the National Party and the Accident Compensation Corporation on the other hand had strong motive for leaking Boag’s email to Collin’s, the first being that they needed Pullar’s name to be in the public domain so that their shit sling had a target.

Boag’s no fool and would have known that much, it was therefore in both Pullar’s and Boag’s own interests to have Pullar’s name kept out of it; the media focus could only then have been on the Accident Compensation Corporation and the two Minister’s responsible, one of which, Nick Smith, had already fallen succumbing to the negative inference of having acted corruptly or the lesser charge of cronyism.

The National party is obviously now under intense scrutiny. This Government has, over many month’s had a number of ministerial scandals, not the least of which was the Tea pot tape debacle involving the Prime Minister John Key; which was unsurprisingly dealt with earlier this week, in what we believe was nothing less that an attempt to shift the public focus away from Nick Smith and the ACC debacle. 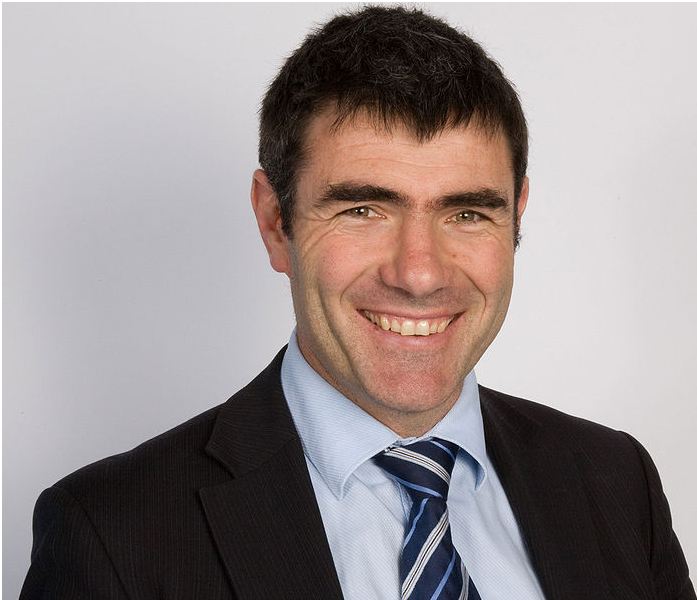 From our perspective these scandals are not merely one-off aberrations. As our regular readers will be aware Lauda Finem earlier this year received irrefutable evidence of serious corruption within Nationals Ministerial ranks. Corruption that has not stopped at just cronyism or a favour for a mate.

Community fair day or National Party campaign opportunity, whatever it pretended to be the bill for the event was picked up by Ray White New Zealand

Our information and the story also involve very dubious letters, two to be precise, both soliciting criminal wrong-doing; both as it happens are also on New Zealand Parliamentary and Ministerial letterhead. Both have also sought to obtain an advantage for yet another friend of the National Party; Ray White Real Estate New Zealand and one of it’s franchisee’s Mr Martin Honey

Incredibly both of these letters sought to pervert the course of justice by procuring the assistance of a senior civil servant, Kieth Manch, who subsequently acted unlawfully in making erroneous  decisions by employing serious bias and blatant malfeasance.

The charge of malfeasance, we believe,  is clearly proven with the fact that despite irrefutable evidence being supplied proving the content of the two letters, written by by MP,  Jackie Blue and the Minister, Nathan Guy, wrong neither have shown any remorse, delivered an apology or in fact for that matter acted to withdraw their false ascertians and allegations, so as to set the record straight.

Worryingly this, obviously intentional failure, in-turn evidences “mens rea”, the much needed intent behind any criminal endeavour and the purpose with which the highly defamatory letters had been created and sent. It’s also further evidence of ongoing and serious systemic offending by National Party Ministers and yet another un-elected member of Parliament.

It’s obvious to us here at Lauda Finem that Prime Minister John Key is standing behind Judith Collins, after all, just ask yourself, can he afford to lose another Minister?

With this in mind its obvious that the Party machine will also be doing its utmost to smear both Pullar and Boag, both are far from indispensable and this particular political party has little if any conviction when it comes to doing whats right.

They’re even lining up yet another fall guy, the ACC chairman, who Minister Collins is refusing to express her confidence in, you’ve got to laugh; how gullible are New Zealanders, the smart one’s are leaving in droves – all headed here to Australia.

We’ll finish with a quote from a National party crony, the one and only Kieth Manch,  and the email he sent to his victim. Keith believed that his victim was behind Lauda Finem, but as always Kieth had it oh so wrong – and he is about to find that out, very much at his own expense:

Since the invention of the printing press and Martin Luther the forth estate has always been a vast and constantly evolving domain, so why has it come as any surprise that this massive democratic expanse should now include bloggers and the internet, do yourself and your fellow citizens a favour Mr Manch and grow up !