We here at Lauda Finem have our own inside take on the John Banks/Dotcom affair which we will be publishing tomorrow, we’ve been right so far, in fact we feel that we have taken the lead. Just how much did John Key know? Just when did the man from Burnside, New Zealand meet Kim Dotcom and promise him the earth; or at least a little piece of Kiwi dirt?

In the meantime readers, check out the latest New Zealand press reports:

ACT leader John Banks has admitted he received a $1000 gift basket from internet tycoon Kim Dotcom, which should have been declared under parliamentary rules (isn’t that corruption? Hang on its New Zealand!).

Banks, the lone ACT MP in government, received the basket during a stay at the Grant Hyatt hotel in Hong Kong during 2011, according to a New Zealand Herald story today.

In reply, he sent Dotcom a note thanking him for his hospitality, saying he enjoyed his stay.

Cabinet rules require members of Parliament to disclose to the Registrar of Pecuniary Interests any gift accepted worth more than $500. This declaration includes hospitality and donations in cash or kind.

Tonight 3News reported Banks did not declare the gift, but would now do so, making it a late declaration.

The note from Banks was sent less than a month before the raid on Dotom’s Auckland mansion (and to think that John Banks at that time must have known that Dotcom was in the National Party’s cross hairs), where he was charged with copyright infringement and other offences by the FBI and briefly jailed, before being released on bail to await an extradition hearing.

Previously, Dotcom had made an anonymous $50,000 donation to Banks to support his mayoral campaign, which dragged the pair into the spotlight amid allegations Banks was rorting the donation system, as he knew where the money came from.

Labour leader David Shearer has repeatedly called for Banks to stand down, however Prime Minister John Key continues to support him as minister. 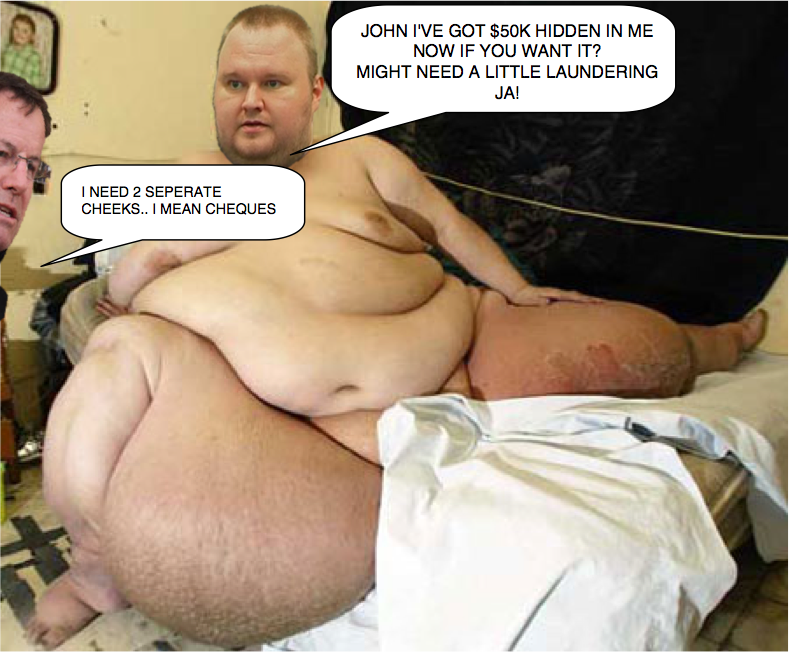 A pressie to a corrupt politician or lovers gift? Oh and yes John we’ve caught up
(click image to hear audio) Look, look, look, look? We have Mr Banks

Kim Dotcom’s head of security told his boss that John Banks asked for a political donation and said he would be a “very good friend” once he was back in Parliament, according to an email.

The email was written to Dotcom by his head of security, Wayne Tempero, on July 30 just after taking a call from Mr Banks.

It comes amid a police investigation into three political donations made to Mr Banks’ 2010 mayoral campaign. The three anonymous donations included one from Dotcom, who said he made a $50,000 donation to the campaign split into two payments at the request of Mr Banks, who says he followed the law.

Dotcom, under house arrest resisting extradition to the US on internet piracy charges he denies, has also offered an explanation why he decided to release information which proved so damaging for Mr Banks.

Mr Tempero, who has acted as a bodyguard for David Beckham and Michael Jackson, wrote to Dotcom: “I just had a call from John Banks about asking you for a small donation for the Act Party which he is standing for government this year.” 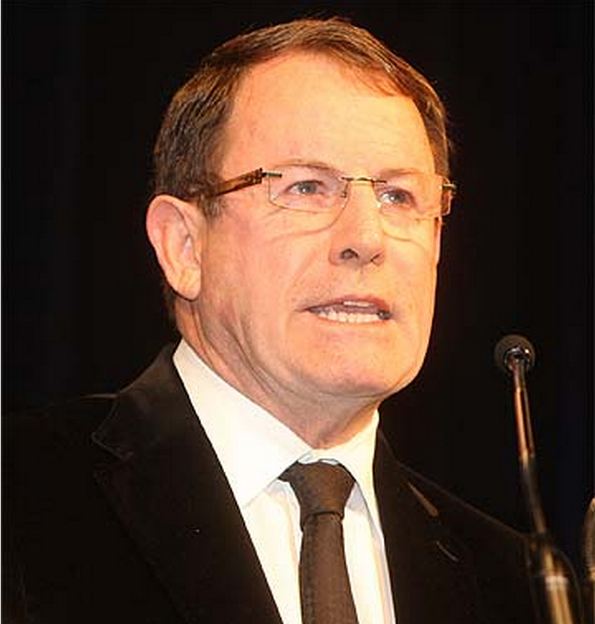 Why was Dotcom banking on John?

The email was sent immediately after Mr Tempero spoke with Mr Banks at about 8pm.

Mr Tempero also wrote that Mr Banks said “he will be a very good friend for you when he is in Parliament”. He said Mr Banks had spoken of being “personally embarrassed” that Dotcom was unable to buy the north of Auckland mansion he was living in.

Permission to buy the $30 million property was declined in July by Lands Minister Maurice Williamson – who initially approved the deal – and Justice Minister Simon Power.

According to Mr Tempero’s email, Mr Banks said “once in government” he “would have the power to do something about it”.

Mr Tempero said Mr Banks had suggested a personal meeting between the Prime Minister and the bodyguard. He said it would give the opportunity to explain Dotcom’s current and future efforts for New Zealand and “Banks thinks the PM will intervene”.

In an emailed statement, Mr Banks confirmed asking for money.

He said: “I do recall raising the issue of donating to the Act Party with Mr Dotcom’s staff … I was subsequently advised by one of his staff that Mr Dotcom said to “go get fucked as your Government has caused me too much trouble” or something along those lines.”

He said he had already stated he had briefed Dotcom on the Overseas Investment Office application.

Asked about Mr Tempero’s other comments, Mr Banks said, through a spokeswoman: “Mr Tempero’s recollection of events is different to mine. I will not be responding to any further allegations made by Mr Tempero.”

In a second email to Dotcom after the November election, Mr Tempero said he had another call from Mr Banks looking for a hotel recommendation in Hong Kong, where he was travelling for a Christmas holiday.

“He [said he] would like to sit down with you in the new year to talk about how he can be a service to [you] and the family now [he] is back as an MP.”

Mr Key said he had not been asked by Mr Banks to meet any Act supporters. Asked if he would speak to Mr Banks about the donation claim, he said: “No, this is a matter for Act.”

Dotcom said he did not donate money to Act. He said the request came just as he was learning the application to buy the mansion had been rejected.

Dotcom said he was also disappointed in Mr Banks’ representation of his electorate. He had a “particularly uncomfortable” time in prison because he had to sleep on a steel bench with a thin mattress while dealing with the pain of two slipped discs.

He said he asked his lawyers to contact the local MP, Mr Banks, to raise awareness of conditions in the prison. He said Mr Banks, who had professed friendship less than a month earlier, had asked through his staff for Dotcom not to make another request.