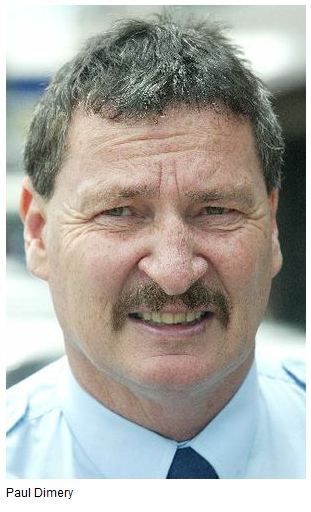 Yet another ex-cop Paul Dimery, A Senior Commander Resigns? Whats going on?

Up date: Lauda Finem have learned that Paul Dimery had a serious disagreement with the Police Commissioner Peter Marshall, immediately prior to his sudden departure. Dimery, according to our source, had allegedly told Peter Marshall to “Fuck off back to the Islands” (Marshall had been a senior police officer in the Solomon Islands prior to being appointed commissioner, he also spent time in Washington DC as police liaison; a concern in light of the New Zealand police’s Dotcom debacle).

Obviously Peter Marshall is ‘feeling the love’ of his loyal troopers. Although it had occurred to us that Paul Dimery might just be a little like his close relative  the bent ex-cop turned private investigator Steve Dimery of Gisborne New Zealand.

A Northland police area commander has retired abruptly, saying he is frustrated with law enforcement being run like a business.

After 12 years as Whangarei and Kaipara area commander Inspector Paul Dimery retired on Friday, citing a differing philosophy between himself and police headquarters.

Frontline police safety was being compromised because the force was being run like a business, he told the Whangarei Leader today.

That was his biggest frustration, Dimery said. ”Finance is put before people,” he said.

”The Government’s decision on how we’re funded puts pressure on the front-line. If we’re getting measured on how much money we’re saving, it’s very short-sighted.

”I think the saving is minimal compared to what we could achieve if we were funded correctly and it’s always the front-line that is struggling to meet the targets – and by God those guys and girls try their little hearts out.”

Police safety needed to be the No1 consideration but the way staff were deployed meant there wasn’t always back-up, Dimery said.

”Every time someone’s out there and there isn’t the back-up, there is definitely a safety issue. It’s a huge concern for me.”

Conflicting priorities for staff and rapid change meant training was also a huge issue, he said.

”How we actually manage to get the training for the staff before we send them out there concerns me.”

His parting message to police minister Anne Tolley was: ”Look after the front-line staff. I don’t believe it’s happening.”

Dimery said he would still recommend policing as a career. 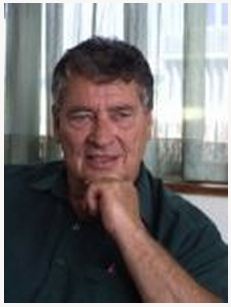 Bent ex-cop Steve Dimery, a man of mystery? The man that Detective Thomas neglected to include in his bogus police job sheet.

One attraction was that every day on the job was different, he said.

He was most proud of his staff.

”I think what they’re asked to go out and do, and how they go about it is probably my biggest source of pride.”

Whangarei was not an unsafe town and he had noticed a real change in the community’s attitude toward crime, taking a stand against violence, he said.

But Northland had always been ”totally under-resourced” and more staff needed to be put on the front-line.

”My biggest frustration has been not being allowed to fill positions and carrying staff which puts pressure on frontline staff,” he said.

”It’s not an unsafe job it’s just making sure we’ve got the resources to make sure Whangarei staff are safe.”

Dimery said his sudden retirement was not unique (why say that?).

”Across the country lots of area commanders have been replaced. It’s the way the job’s going at the moment.”