Bill English: Stop crying over Australia, meanwhile cashed up New Zealander’s are leaving in droves for the promise land! 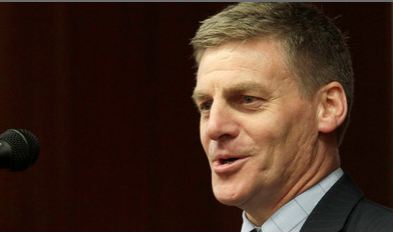 Lauda Finem spotted this article below; is Mr English and his fucking STRANGE take on reality, remonstrated in the below piece  over the weekend, as a result of snorting to much cocaine?:

Finance Minister Bill English says it is no good crying at the airport or wringing your hands over New Zealanders heading to Australia.

It was time New Zealand made the most of the opportunity of the infrastructure boom there.

“Can we stop stop them going to Australia?” he said in a speech today to the Trans Tasman Business Circle in Auckland. “No. What’s the point of standing in the airport crying about it? We’ve just got to compete.

“They can pay more but it’s hot and there’s lots of flies. We pay less but you can go for a bike ride at lunchtime. Let’s stop being so defensive about it.”

Mr English made the comments in the context of describing the new sort of public servant he wanted.

One of New Zealand’s biggest economic opportunities was the ability to capitalise on the infrastructure boom in Australia instead of worrying about the fact that the truck drivers can earn twice as much.

“We need to be thinking more positively about how our businesses who know about that stuff can get inside those massive supply chains where there are very large margins to be made.”

“In a war on talent let’s stop wringing our hands about it and just get out and compete with whatever tool we can think of.”

One of those tools was leadership and creating an environment where the kind of talent thrived in New Zealand organisations.

He said New Zealand should be thinking positively about the opportunities that we have from being next door to the fastest growing developed economy in the world.

“Those opportunities are to attract investment from there to here, create jobs in New Zealand, and the other is for our businesses to grow by participating in the infrastructure boom – so if someone goes over there they are working for a New Zealand company making profits for us. That’s a big opportunity.”