Mayer mortgage fraud – Judge not up to it ? – trial aborted 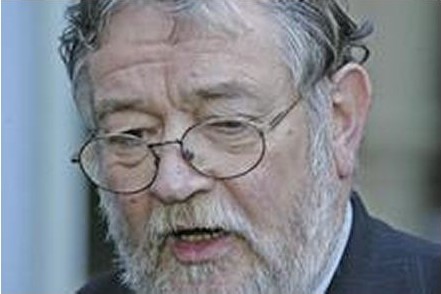 Manukau District Court Judge Roy Wade – not up to it?

District Court Judge Wade was apparently very upset that the Seriously Flawed Office (SFO) had brought so many charges against international Bridge player and mortgage fraud expert Malcolm Duncan Ingerman Mayer, the 50 Million Dollar swindler, so pissed off in fact that he aborted the trial. Is this just another case of good old judge Wade and his “Mickey Mouse Manukau mayhem” After all Judge Wade had threatened lawyers with a“big cropper in the near future” is this what he was referring to?

The excuses being thrown around by the parties involved are nothing short of ludicrous. According to Fairfax’s Tony Wall, the journalist who first broke the story back in 2009:

It is understood the prosecution has been frustrated by what it believes have been delaying tactics by the defence, but defence lawyer Greg Bradford said they only had themselves to blame.

“It’s got a lot to do with dealing with a 90-count indictment, which the Crown decided to proceed with. That’s why it’s taken so long. It’s effectively 90 separate trials in the one hearing. They could just have easily proceeded with a 15-count indictment. They are alleging three different offences in respect of one transaction, so they are covering all their bases.” [the SFO weren’t, but hey that’s just our opinion]

Asked if stress around the length of the trial had caused Mayer’s health problems, Bradford said: “He’s suffered from the process; it’s made it pretty difficult. The judge made the decision [to abort] based on what he saw and heard. It was pretty obvious [Mayer] wasn’t up to it.”

But SFO director Adam Feeley said: “We emphatically reject any suggestion that the [prosecution] has in any way been responsible for the inordinate delays and disruptions which we have had to accept during this case.

“It is also absurd to suggest that what amounts to probably the largest and longest alleged mortgage fraud in New Zealand’s history should have been scaled back to simplify matters. The charges laid reflect what we believe to be the seriousness of this case.”

We can understand the frustration, Mayer and his mates are infamous for their courtroom antics and delaying tactics but apparently on this occasion Judge Wade wasn’t happy with the workload the trial had imposed on him. Fuck the $150k cost to the tax payer and the millions of dollars lost by thousands of small mum and dad investors. As Shakespeare famously penned “something is rotten in the state of Denmark“ or in this case New Zealand.

Lauda Finem has it on good authority that the Seriously flawed Office had completed their case and the defence was in the last gasp of their case when the plug was pulled by Wade DCJ; because poor little Malcolm had a rash and a slight cough.

The Serious Fraud Office has apparently written to witnesses saying a hearing will be held in September this year to determine if Mayer is fit to stand trial again. If so, a new trial will be held in October next year, and every bit of evidence will have to be heard yet again…….but in our view the ripped off investors seeking justice shouldn’t hold their breath, lest they turn blue.

Lauda Finem does not want to throw unsubstantiated allegations around like confetti or for that matter the shredded fraudulent mortgage documents, but just who in the New Zealand Judicial system wants this case to disappear.

We don’t think if Mayer was a twenty something Maori boy with a cough that the trial would have been derailed. All we can say to Mr Feeley’s excuses is keep off the champagne…… and focus on the Job. After all just how hard can it be to prosecute and convict a man that has already confessed to the fraud; in nothing less than a national Newspaper.

Meanwhile, Mr Mayer and his mates Clode, Gilbertson,and Ritchie are busy rubbing the SFO’s nose in it and conspiring with front “man of mystery” Mr Stephen Gould to allege fraudulent securities exist over the properties involved….Now that’s a total surprise!

So why did Judge Wade get his knickers in a knot…..from what we’ve been told, Judge alone trial….. that’s why.  According to our inside man the poor old judge was required to write a decision on each of the 90 odd charges.

In doing so, the learned Judge only needed to apply his vast and sagacious interlectual resources to an equally vast body of inculpatory evidence; putting pen to paper in order to hand down, according to Mr Mayer’s defense (reading between the lines), 90 well reasoned, crafted, articulate, judicious and all importantly unappealable judgments.

Not at all like the shit kicking this particular Judge normally metes out to the “usual suspects” at Manakau District Court; nothing more than a quick summing up before a jury and “bobs your uncle” he/she GUILTY, now back to chambers for a small libation whilst firing off a few nasty e-mails criticizing the conduct and efforts of a menagerie of lying moronic half arsed legal eagles who haunt the corridors of the Manukau District Court, or as Judge Wade himself prefers to call his groupies, the “Mickey Mouse Manukau mayhem” .

It has to be said that if we were in the twilight of our legal career we wouldn’t want to be inconvenienced by having to write up seperate decisions on the 90 odd charges Mayer, thanks to Wade DCJ’s abortion, has yet to face.

Lauda Finem tried to get hold of SFO supremo Adam Feeley for comment but he was to busy cleaning out the booze fridge (exactly whose fridge we weren’t told), packing his bag of trophy’s and waxing his snow board before hitting the Cardrona slopes courtesy of an invitation extended by Queenstown Lakes Council, we understand that Feeley’s decision to leave the SFO taking up a new position with this obscure southern local body council was all about lifestyle………A Champagne guzzling lifestyle, soon to be discovered pissed on the piste?

Lauda finem can see an  “abuse of process” application  looming in the not to distant future, inordinate delay, prosecutorial abuse….. Malcolm no doubt will be ingratiating with his funny hand shakes, praying to the grand architect of the Universe, or is that the bridge player on the bench!!!

Your guess is as good as ours…..then again perhaps all he’s had to do, like so many others, is renew his “National Party” membership a few hundred thousand times….well you know how bad he is; when it comes to numbers!