Given the very contemporary Julian Assange case and this Labor Governments attitude toward defending the rights of Australians, even if off shore, we thought it appropriate to wipe the dust off this old essay and republish it. 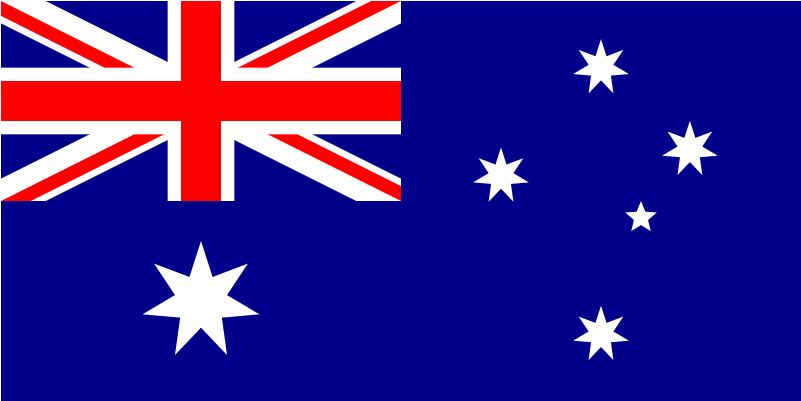 Parliamentary ratified racism, fear and a manic desire to hold power control a minority, their land and the wealth that lies beneath it have denied Australians a bill of rights for over a Century. Australia now more than ever in its history requires legislation that defines and entrenches our individual human rights and civil liberties, halts the current Parliamentary incursion and subsequent erosion of freedoms.

The disputed need for a Charter has resulted in numerous debates throughout our nation’s short history with a reluctance to enact a comprehensive protection  demonstrated by various Governments since federation (Williams, 2001). Without doubt Human Rights have suffered at the hands of the current administration (Williams, 2005). The political monopoly enjoyed has resulted in a unilateral schema of coercion subtly affecting all Australians but more vicariously those socially, economically, educationally disadvantaged (Ellis, 1996), with various contentious Bills becoming law without referenda or electoral mandate and a raft of human rights breaches without apology (“A poll on mandatory detention“).

Given that a fundamental function of any bill of rights is the protection of those in society who for whatever reason are disadvantaged or otherwise unable to protect their own rights and the current political climate the need for constitutional protection for all Australians is evident. The abuse of minorities rights by the majority, in the Australian context, has always been more than a possibility it has been the reality for over a century, section 51 (xxvi) of the Australian Constitution unashamedly permits the Parliament to discriminate on the basis of Race and this has in turn impacted on, amongst other issues Indigenous land rights.

This one subject is pivotal to the success of any Human Rights model. The History of this issue is in itself argument enough for a Charter. In so far as the current Government is concerned they have repeatedly malevolently attempted to thwart the common law progress made by indigenous claimants and have repeatedly accused the Judiciary of “Activism” arguably because the decisions frustrate the economic agenda of the Government and the Corporate Arena.

The argument for what is termed a horizontal model (Abrahim & Joseph, 2005), wherein corporate entities would enjoy standing as individuals in law is unjustifiable and would do little more than create the opportunity for Corporations and other large institutions, who currently enjoy an unprecedented and inequitable access too and in influence in Government policy, to further frustrate the issues around native title and possibly complicate other areas wherein human rights law may assist in equitable outcomes such as the James Hardy Class Actions (“James Hardie – Asbestos Class Actions“).  What is needed therefore is robust and equitable statute wherein there is an automatic right of redress for any abuse of a right be it by the Executive, the Courts, the Civil Service or those individuals holding office within the aforementioned bodies and an independent tribunal to determine actions arising from breaches of the Act.

During the discussions aimed at securing a federation of the states the framers of the commonwealths constitution looked at an associated Bill of Rights, however all but one, the Tasmanian representative, preferred to accede to the demands of the Western Australians who pushed for the now infamous section 51 (xxvi). This section enabled the Government of that state to retain laws controlling the indigenous population and additionally the influx of Asian workers mainly gold miners, the  Governments intention to prohibit ownership of land by either racial minority.

Since federation the issue has been raised on a number of occasions, probably the most notable in 1973, being framed as a human Rights Bill. The legislation would have implemented the international covenant on civil and political rights in Australia; however, the bill lapsed in 1974 as the Government had not pressed the matter. In 1985 the Bill was again revived under the Hawke Government but in a weaker form. This was withdrawn in late 1986. In 1988 the Hawke Government established a commission to report on the subject of the bill of rights the commissions subsequent report recommended a change to the constitution by the insertion of rights drawn from the Canadian charter it along with other amendments where put to a referendum in 1988 and failed. Despite the failure of a number of referendums, an opinion survey published in 1997 indicated strong support for a bill of rights and the need for human rights protections (Williams, 2005).

Protections have to some degree existed in common law for centuries with established principle set out in the Magna Carta (1215), the Bill of Rights (1689), Habeas Corpus Act (1679), the Bangalore Principles (2002) and a host of authorities and subsequent legal argument. It is held by those opposed to a Bill of Rights (Allan, 2003)  that these principles combined with the application of jurisprudence, the good will of Parliament and the power of the electorate provides adequate protection of Human and Civil Rights in Australia.

This contention can not realistically be held to be a failsafe protection as it has been evidenced over the past 2 years during which time we have seen a number of serious Human and Civil rights abuses. The Silvia Alvarez/Solon and Cornelia Rau debacle’s wherein the flagrant abuse of lawful Citizens Rights occurred (Judd, 2005). The Government on these occasions lacking the desire or will to immediately alleviate the suffering and further harm, preferring instead to mitigate their own fiscal liability.

Moreover, the abuse of human rights and disregard for international convention and treaty have become evident with the actions of the Government in the Tampa affair (Shaw, 2003 ) these cases and a raft of others lend additional weight to the argument that this administration has failed in a duty of care in the area of human and civil rights preferring instead to conceal evidence, frustrate scrutiny, misrepresent facts and fabricate evidence in an attempt to curb negative public opinion, concerned more with the Polls than Human Rights (Williams, 2005).

Given that the current Government has been a party to these abuses it is safe to conclude, not unreasonably, that future Administrations may countenance a similar course if not effectively curbed by statute. Some commentators argue that the parliamentary system in its self is sufficient to protect Rights (Anderson, 2006). Given that a fundamental tenet of the Westminster system is that fifty one percent constitutes the majority, which inevitably leaves a forty nine percent minority.

In the event that any number of this minority is discriminated against it cannot be relied upon for the electorate as a whole or at least a number significant enough so as to constitute the majority to effect a change in government thus abating the discriminatory policy or abuse.  Additionally, in recent elections voters have been more likely to put economic self interest before that of the victims rights (Head, 2006) the protections those apposed to a bill of rights argue are there, put simply, are not.

Minorities have been oppressed in many Nations and Australia, sadly, is no exception. Currently Australia is alone amongst its commonwealth peers in its maintenance of laws that are racially discriminatory in intent and or outcome (Figgis, 2000) . The most glaringly obvious, being that of Section, 51 (xxvi) of the Australian Constitution (“The Constitution”, 1900). Included so as to ratify existing state legislation, at the time of federation, it has been amended over time; however it yet remains to be removed entirely.

Additional Government sponsored discrimination is to be found in other areas of Australian law. The Northern Territories mandatory sentencing legislation has severely impacted on racial minorities , with a rate of imprisonment for misdemeanors abhorrently disproportionate for indigenous defendants compared to that of other Australians, the United Nations has declared the laws to be inconsistent with Australia’s Obligations in a number of human rights treaties (Figgis, 2000), the Governments response was one of hostile criticism of the United Nations concerns and a belligerent refusal to repeal the offending statute.

Throughout Australia’s history there has been a plethora of injustice, atrocity and heinous cruelty perpetrated against our indigenous populations, the inequality remains. The historical malfeasance and current inequities need to be acknowledged and addressed and to that end a Bill of Rights is intrinsic to the execution of this process.

The argument has centered largely on the fact that our politicians cannot be trusted. A Charter would bind the Government to acting in good faith and ensure that they adhered to internationally agreed conventions. This then leaves the question; what form should an Australian Bill of Rights take? Past referendums have failed to attract the necessary numbers to succeed. This is partly because the proposals were, perhaps intentionally, ambiguous and partly as a result of the ignorance of the constituency (Williams, 2005). It is therefore improbable that a charter as an adjunct to the Constitution would succeed as such a move requires a referendum.

Accordingly the most likely vehicle to succeed is the model preferred by George Williams and Frank Brennan which proposes a Bill of Rights being in the form of an Act of Parliament. In support of this model Williams cites the success of other Commonwealth Nations such as Canada, New Zealand and the United Kingdom. Additionally He points to the subsequent jurisprudence that Australia would inherit. This model holds the most promise, however any statute in order to be effective in upholding human rights must include the establishment of a tribunal with the jurisdiction to hear grievances and award scheduled damages with the right of appeal to a higher Court.

Moreover, the legislation should allow for subordinate regulations governing appropriate use of powers for government departments and agencies. It would further be appropriate that the onus of proof in predefined situations such as unlawful detention or imprisonment is reversed.

References (note, some url’s may be inactive as this peice was first published 2006)

ABC (Writer) (1998). Wik: the battle for hearts and minds: the PM versus the leader of the opposition [Video]. Australia: VEA/ABC.

Abrahim, I., & Joseph, S. (2005). Submission to the Human Rights Consultation Committee on a Bill of Rights for Victoria.   Retrieved 4th september, 2006, from http://www.law.monash.edu.au/castancentre/publications/submissions.html

A poll on mandatory detention.   Retrieved October 20th, 2006, from http://petitions.nationalforum.com.au/signatures.asp?petition=1&show=agree&start=3801

ABC (Producer) (1998b). Wik: the battle for hearts and minds: the PM versus the leader of the opposition [Video]. Australia: VEA/ABC.

Abrahim, I., & Joseph, S. (2005). Submission to the Human Rights Consultation Committee on a Bill of Rights for Victoria.   Retrieved 4th september, 2006, from www.law.monash.edu.au/castancentre/publications/submissions.html

Debeljak, J. (c2000). Submission on how best to protect and promote Human Rights in Victoria.   Retrieved 20th September, 2006, from www.law.monash.edu.au/castancentre/publications/submissions.html

Despoja, N. S. (2000). The evidence points to the need for an Australian Bill of Rights [Electronic Version]. On Line opinion – Australias e-journal of social and political debate, 1 – 3. Retrieved 27th September 2006 from www.onlineopinion.com.au/print.asp?article=1282.

Nicholson, A. (2006). The United Nations Convention on the Rights of the Child and the need for its incorporation into a Bill of Rights [Electronic Version]. Family Court Review, 44, 5 – 30. Retrieved 20th September 2006 from www.blackwell-synergy.com.

Proclamation declaring the establishment of the Commonwealth of Australia (1900).

Williams, G. (2004). The Case for an Australian Bill of Rights – Freedom in the war on terror Sydney: UNSW Press

Yeats, M. A. (2000, 3 – 7 December). Criminal Justice without a Bill of Rights Paper presented at the Human rights and the administration of Criminal Justice Conference, Sandtown, South Africa.