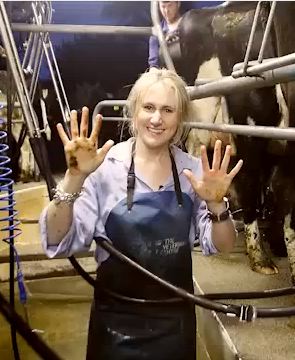 Video grab: Fairfax hack and cowboy Olivia Carville. Someone should have at least handed her a copy of “THE PRESS” so as to wipe the shit off her hands and the keyboard. Isn’t it about time Fairfax mucked out their own stable?

Fairfax New Zealand, the media group who’s share price is currently in the toilet, has produced yet another spurious piece of, what it calls,  journalism; with an article big on hyperbole, not so cleverly disguised opinion and unsurprisingly completely devoid of any real evidence.

According to the writer, Fairfax journo OLIVIA CARVILLE  who has surely failed journalism 101:

Juries of the unemployed and retired are “devaluing” the system and leading the public to believe not-guilty verdicts like those in the Ewen Macdonald case are wrong, a prominent barrister says.

More than 56 per cent of Kiwis summonsed for jury duty in the last financial year excused or deferred themselves from service, Ministry of Justice figures show. In Canterbury, the figure is worse, with two-thirds of those summonsed being excused.

Carville also claims that the figures, obtained under the Official Information Act, had “alarmed” lawyers and prompted the Law Society to suggest it might be time for a government review of the opt-out process.

She attributes Christchurch barrister Simon Shamy (Simon who?) with saying that it was “common knowledge” that professional people were excusing themselves from jury service, especially lengthy trials, because of their work commitments.

Carville’s piece however fails the credibility test, other than Mr Shamy’s purported “common knowledge” where’s the evidence that supports this grossly misleading assertion? Well there is none to be found, again Colville writes attributing the claims to Shamy:

That altered the representative nature of the jury, and left the unemployed and retired to fill the gaps. And if the public believed juries were made up of beneficiaries and super-annuitants, the verdicts they reached would not be considered to “have the same standing as a decision made by a panel of 12 professionals”, he said.

To make matters worse Carville or her editor have run this piece of utter crap using a photograph of the now acquitted Ewen MacDonald whilst also referring to the negative opinion of the verdict that some, a small but vocal minority of the public hold as if to have us believe that this somehow backs up the argument, that juries comprising the retired and unemployed are somehow less likely to reach the right verdict. Again Carville cites her fellow Cantabrian, Christchurch resident and mate Mr Shamy: 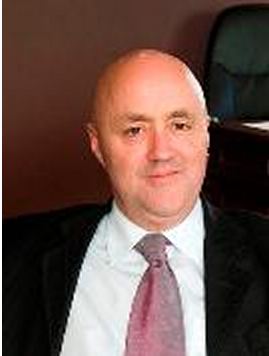 “Every high-profile case you see these days, particularly when there is an acquittal, there’s always a whole lot of commentary about how the jury got it wrong”.

“People are not respecting jury verdicts as much as they used to, because jurors are not seen as being smart people.”

After last month’s high-profile not-guilty verdict of Macdonald, there was widespread public opinion the “jury got it wrong”, Shamy said. “People were asking how could they possibly have found him not guilty?” In the days after the trial, a survey was conducted by market research company UMR that found almost half of the 750 Kiwi respondents believed Macdonald was guilty.

Almost half, well in a democracy Olivia that’s called a ‘minority‘. So what is Olivia really hoping to achieve by printing opinions such as “jurors are not seen as being smart people”?

Nowhere in her bullshit piece does Carville refer to any statistical evidence that supports the notion that juries have started to consist only of unemployed and the retired members of New Zealand society. We here at Lauda Finem have also advanced some reasons for why New Zealand juries are returning not guilty verdicts in cases such as the aforemention Ewen McDonald murder trial.

In our post ‘The Scott Guy murder trial and the Arthur Alan Thomas effect – trust in police integrity forever gone!’ we argued that the not guilty verdict in that trial had more to do with the jury realising that the police had failed to make their case beyond reasonable doubt, and that some of the evidence police had presented, such as the dodgey dive boot analysis, just did not add up.

We further argued that New Zealand juries had over a number of years become more discerning when it came to any evidence presented by police and that since the 1970 trial of Arthur Allan Thomas, where police officers had fitted Thomas up by planting evidence, juries had become very circumspect when it came to trusting police and the integrity of their investigation and evidence.

Carville herself in the stats she presents has unwittingly stumbled across more circumstantial evidence of our own contention that juries have become very wary of police allegations and evidence which has lead in turn to the reluctance of certain New Zealand citizens to play their required role in jury trials:

In Canterbury, the figure is worse, with two-thirds of those summonsed being excused.

Canterbury, or rather the Christchurch, courts have a notorious reputation amongst New Zealander’s for getting it wrong when it comes to meting out justice. Most notable amongst the many cases, no doubt vividly present in the public’s psyche, are the Christchurch Civic Creche case wherein the accused, a Young Peter Hugh McGregor Ellis, was undoubtedly wrongly accused and convicted using highly questionable evidence collected using an even more dubious police investigation and more recently the Gwaze double jeopardy case were Mr Gwaze was twice acquitted. Its little wonder then that the residents of Christchurch are more reluctant than the rest of New Zealand to get involved in a jury process that may send yet another innocent man to prison for life.

Carville fails on all counts to evidence her assertions, she however continues to elude to a specific yet somewhat ethereal “public perception” again citing Mr Shamy:

But Shamy did not agree with the public perception, and said he still had faith in the jury system, despite its weaknesses. “People need to be educated to see this not as a chore, but as a privilege that the Government and court had called on you to make a decision.”

He also thought the remuneration system needed to be adjusted to ensure workers were not losing money.

Not one shred of evidence is advanced for her argument that juries have somehow been ‘dumbed down’  with the, far from proven, assertion that juries are now devoid of the, somewhat nebulous, “smart” gainfully “employed” demographic.

Retiree’s should be deeply offended by Ms Carvilles arrogance and her condescending, misleading and grossly ill-informed assertions. Surely one of the most recognizable idioms within all cultures is that “wisdom comes with age” ; that then would inherently translate into more well informed juries who are very capable of reaching sound verdicts using their long experience of life, at least that has been the finding of recent academic research into age/wisdom and decision outcomes. 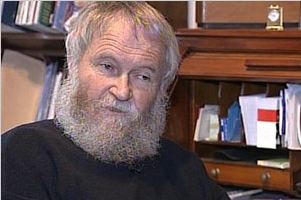 The close to retired hypocrite, Nigel Hampton LLB. What devalues the judicial process is lawyers who are happy corrupting the system!

Carville also quote’s  Christchurch based criminal defence barrister of fifty years Nigel Hampton, QC, who according to Carville finds it “alarming” that the number of excusals is “devaluing” the judicial system and that over the past few decades he “believed” there had been a “concerning growth” towards the unemployed and retired making up juries, which meant the system could be “distorted”.

What we find extraordinary is Carville’s choice of Hampton QC, was it because he’s a member of the legal professions ethics and disciplinary body? Almost three decades ago Hampton was involved in defending a corrupt cop in an assault matter and the unlawful accessing of Wanganui computer records

Carville goes on to provide a handful of somewhat irrelevant statistics which, true to form, have absolutely nothing to do with the thrust of her article and again provide absolutely no evidence for what the average reader would see as the basic tenets of her argument; that being that New Zealand juries now only consist of the “unemployed” and “retiree’s” and that this demographic is some how “less intelligent” and thus, Carville argues, incapable of reaching sound verdicts:

Of the 220,363 Kiwis summonsed for jury duty in the past financial year, 124,635 either excused or deferred themselves from service, the majority doing so for work-related reasons. Other reasons included health, family commitments, personal circumstance and religious beliefs.

The argument that the public’s faith in the system hinges on juries containing employed people is a pure fiction. Carville has provided absolutely no evidence that this is the case, nor has she provided any supporting evidence of her purported demographic of serving juries.

The counter argument, which is not adequately emphasized is of course that those that are critical of jury decisions are likely to be the very same demographic that are more interested in maintaining their income or in fact just too fucking lazy to be bothered doing their duty and, as required, serving on a jury

Apparently the Law Societies Napier based spokesman, amateur actor and crown prosecutor Jonathan Krebs is of the same view as us; that the “surprisingly high” excusal figures are due to some employed citizens being more interested in their cash flow. He also feels that “It might be time for us, or the Government, to look at the rules surrounding the circumstances on which you can be excused”. “The majority appear to be excused for business or work-related reasons, a sector it would probably be useful to have included,”. “Whether it has an effect on the process of getting to the result is difficult to say, but with those sort of figures, clearly juries are not as representative of our society as we would like them to be.”

Well we have yet to be convinced that the employed section of society is not represented on juries Mr Krebs. No one has provided any evidence that juries, as a result of these so called “excusal” figures, are made up of only retiree’s and the unemployed.

The figures provided in Carville’s piece provide no evidence whatsoever of this purported trend. The figures at best only evidence that there are a lot of “employed” New Zealander’s who would rather keep their bank accounts topped up and leave justice to someone else, employed or otherwise!

So are sub-par juries devaluing justice? Do they even exist? (excluding the juries that are corruptly suborned by the police) Of course not; but with sub-par journalists like Carville writing crap, masquerading as journalism, they’re devaluing their employers share price. It’s therefore little wonder that Fairfax is destined for the corporate long drop.