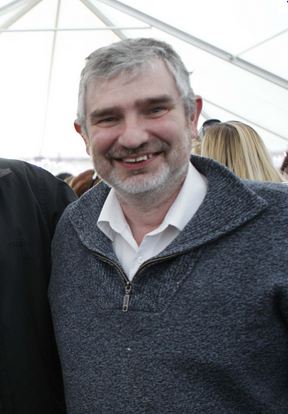 Lauda Finem has this morning received a somewhat humorous email from the Christchurch Press. Its deputy editor Ric Stevens wanted us to remove a photograph of Olivia Carville that appeared in our post ‘Fairfax: Sub-par juries devalue justice?’

Fairfax, the home of defamation, a company that is fast going down the toilet sent this email which arrived only a matter of hours after the post was first published:

It has been drawn to my attention that a photograph of Olivia Carville, one of our reporters, appears on your blogsite laudafinem.wordpress.com.

That photograph was taken in January 2012 by one of our staff photographers and, therefore, its copyright is owned by Fairfax Media. As you will be aware, the Copyright Act 1994 allows only the owner of a copyright work to authorise its use anywhere.

So far as I can discover, you have not sought or been given permission by Fairfax Media to use that photograph.

I am therefore writing to request that you remove the photograph from the site immediately.

Well whilst on the subject of Fairfax copyright infringement Ric we would suggest that you check out www.accforum.org as they are in that business in a wholesale fashion……a fact that has been pointed out to your solicitors and managing editor, we have been led to believe, on numerous occasions. This fact will of course be used in a planned litigation by the victims of Fairfax NZ’s actions, especially those of a Mr Phil Kitchin and one Ms Jenni McManus here in Australia.

We however have obliged and taken down the somewhat flattering image of Olivia Carville, as requested by Ric, and replaced it with a possibly more appropriate, non copyright image that depicts Olivia Carville in an appropriate work environment, an image that had, somewhat ironically, been our first choice….but one of us had moaned on about cutting Carville some slack.

Given accforums ongoing wholesale abuse of Fairfax’s copyright we suspect that Ric’s reasons for wanting the image removed had very little to do with any purported copyright infringement, not to well thought out however;  Ric has neglected an old rule of thumb, best described with the adage “There is more than one way to skin a cat”.

Ric, undoubtedly, did not want his journalist being identified by an angry mob of the Christchurch retiree and unemployed jurors, that Carville had disrespectfully labelled fuckwits, catching up with her in the street.

It also occurs to us that Carville is not prepared to stand by the bullshit material she produces, that Fairfax publishes, and is even less fond of having her nose rubbed in it when she’s been caught out….Déjà vu….Fairfax’s later-day hero Mr Phil Kitchin