New ACC board loaded with Hatchet-men and National Party stooges

Following close on the heels of the recent fallout from the Bronwyn Pullar affair (wherein the ACC board, management and National Party Cabinet saw an unprecedented and somewhat impressive list of resignations) the Minister Judith Collins did the unthinkable when she set about filling the vacancies.

To the average New Zealander, those that are not reliant on ACC compensation pay-outs, the significance of  Collins choice of new appointees would have undoubtedly gone unnoticed.

We here at Lauda Finem, however, did not miss the significance of Collins choices, two in particular; we just wanted to see what would come out of Sundays 60 Minutes expose on ACC and the doctors who have happily been wielding the axe on ACC’s behalf.

At the time Collins announced the appointments the focus of the public’s displeasure was clearly on the selection of Paula Rebstock. The significance of Rebstock as a choice is self evident in that Paula Rebstock is renowned as a National Party crony, one who has always been happy to wield the National Party’s axe. 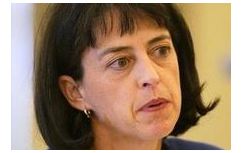 New Zealands mainstream media have however not picked up on two of Collins other appointees and their histories; by design perhaps?.

The first is Kristy McDonald QC who appears to pop up whenever the “National Party Government” is in need of a cover-up; or some other form of misanthropic vehicle with which to politically and legally spin an escape from scandal.

McDonald is to be found comfortably ensconced in a huge number of Government sponsored roles, courtesy of the public purse: just Google her name!

She heads up the REAA and was infamously a party to the Jonathan Moss corruption scandal, yet another case of “jobs for the boys”, during which McDonald, Sarn Herdson and Moss formed a cozy little relationship, Herdson at the time was also heavily involved with the IPCA.

In fact Ms McDonald appears to relish jobs with the mandate of exculpating corrupt behaviour and conflicted interest. McDonald is also to be seen involved in yet another role with conflicted interest, that of investigating and reporting on the Scott Watson murder case.

McDonald is very much pro police and has been heavily involved in representing the police force in cases where they stand accused of systemic abuse and corruption, most notably the Commission of Inquiry into Police Conduct. In fact her presence in so many areas where the Government gets into trouble would clearly indicate, in our opinion, that the National Party favours her abilities, not so much as a lawyer, but rather for the almost reptilian ability to scurry around unnoticed beneath the rocks of Government corruption and scandal.

Judith Collins choice of a second appointee, Dr Des Gorman, to the ACC board is equally concerning, especially in light of Chanel 3’s, 60 Minute program of Sunday the 9th of September. Just like that programs featured medical specialist Vic Du PlessisDr Des Gorman also has a long history of marching to the beat of ACC’s drum. Especially when it involves taking an axe to legitimate claimants cases and ERC payments; by writing reports that had been designed to facilitate ACC’s perverse dis-entitling of legitimate claims.

Gorman’s particular unqualified inclusion of the psychosomatic phenomena in his “report” contents had not exactly gone unnoticed. After-all there had been at least two television expose’s on Dr Gorman and ACC’s use of his reports to dis-entitled claimants; expose’s that held a spotlight to Dr Gorman’s somewhat bizarre methods of diagnosis (we’ve posted two of those television expose’s below for our readers to view).

So again we ask the question; just why was it that New Zealand’s mainstream media failed to pick up on Judith Collins extremely questionable choice of board members?

More importantly just why was it that Collins put these two individuals, in particular, on the ACC board of directors. Was it just another case of a failing memory or did Collins have a more sinister agenda?

We believe it was all about an agenda, that of trying to shut down and bury the growing ACC corruption scandal……..although, in this case it might have been just a little to much for Judith Collins to expected.

The article below, which appeared on www.nzdoctor.co.nz, says it all really; the fact is New Zealander’s no longer have confidence in their governments credibility or systems, legal or otherwise: 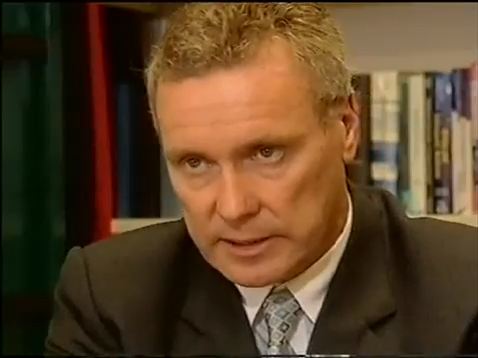 ACC’s use of specialist medical assessors of long-term claimants has been called into question. A report last night by 60 Minutes alleged that ACC favours doctors who write assessment reports that will cut long-term claimants’ entitlements to compensation. The allegation was supported by evidence from several people, including an anonymous ACC staff member. In a media release, Green Party ACC spokesperson Kevin Hague says ACC’s new board needs to show its commitment to changing the culture of ACC by changing its practices around engaging specialist medical assessors. Last week, ACC minister Judith Collins announced three new board appointments and that interim chair Paula Rebstock would be the agency’s new chair (>>nzdoctor.co.nz, ‘News’, 4 September). Top-down change of culture needed When asked if people can have faith in ACC’s processes given that the corporation allegedly uses preferred providers, Mr Hague says: “Absolutely not”. “I don’t think people can trust the ACC process but people currently have no other choice,” he says. “That’s why I’ve been saying what is required is a top-down change of culture starting from the minister and the board.” Mr Hague says in the last couple of years ACC has lost sight of its founding principles and has been focused on the bottom line. “Rather than thinking about claimants as clients they have an obligation to serve, they think about them as liabilities,” he says. Engaging with colleges Mr Hague says the Green Party has suggested several options for assessments by independent medical specialists. One suggestion is to engage with medical colleges and have them appoint medical assessors, he says. Another option could be to extend the contracts ACC currently has with DHBs so DHB specialists make the assessments. GP calls for assessors to be referred to council Whangarei GP Tim Cunningham says it is time GPs started thinking about referring ACC’s specialist assessors to the Medical Council for a competency assessment, particularly when their opinion is at odds with other respected, independent physicians. Doctors should not be scared about referring specialist assessors to the Medical Council, especially if ACC has been unsuccessful when a decision is reviewed, he says. New Zealand Doctor has requested comment from the Medical Council. Source: http://accforum.org/forums/index.php?/topic/13249-acc-assessors-in-the-firing-line/

We would advise the www.nzdoctor.co.nz  journalist, Katie Marriner, not to hold her breath whilst waiting for a response from the New Zealand Medical Council.

In a recent post (The Wislang case, Kate Davenport Disaster, Accident or Design?) we highlighted just one example of how the aforementioned “Medical Council” deals with the cases that come to light.

Interestingly in the Dr Wislang case one of (ACC board member) Kristy McDonald’s very close associates at the REAA, Kate Davenport was behind, what was in our opinion, a very very corrupt “abuse of process”.

These abuses also appear to to us to be systemic within New Zealand’s very small legal circus, all committed by an even smaller, but apparently select, group of lawyers; all of whom, to varying degrees, have a financial working relationship with New Zealand’s Crown Law Office (CLO), and by default, each other!