We have a post coming soon on this particular ACC Minister Judith Collins who  yesterday according to Fairfax New Zealand:

……pledged to examine the independence of a small group of doctors claimed to be receiving large payments in return for medical assessments that help the corporation take costly long term claimants off its books.

In series of articles in recent years the Herald has reported concerns about a small group of doctors being used by the corporation to reject claims for elective surgery on grounds of pre-injury “degenerative” conditions.

Yesterday, Green ACC spokesman Kevin Hague said he’d obtained data under the Official Information Act showing a small group of doctors were being paid up $500,000 which raised “huge doubts” about their independence.

Mr Hague named the four doctors under the protection of Parliamentary privilege as Martin Robb, Vic du Plessis, Bill Turner and David Beaumont.All four were identified as being paid somewhere between $300,000 and $500,000 last year. Dr Robb, Dr du Plessis, and Dr Beaumont saw 300 to 500 ACC claimants that year while Dr Turner saw 500 to 700.

He questioned Ms Collins in Parliament yesterday as to whether “an ordinary person would consider it possible that medical advisers like Dr du Plessis, Dr Turner, Dr Beaumont and Dr Robb could remain independent of ACC” when the corporation paid them so much.

“I think that is an issue that needs to be considered and I’ve spoken to ACC about it”, Ms Collins told him.

“The member will be aware that there is a new board now put in place. I will be meeting with the board and discussing obviously not the individual cases and matters but how we can end up with a system which obviously achieves good robust and independent medical reports and assessments that can be seen as independent by both the clients of ACC and ACC.”

However Ms Collins also indicated the issue as not a new one.

“In the year 2000 the same lawyers for ACC clients were claiming exactly the same issues around what they said were non-independent medical assessments. I don’t think much has changed but I’m happy to work with the member to get things to change.”

Well, we here at Lauda Finem would like to start with yet another small judgement, supplied by one of our readers, a fellow researcher and commentator; who uses the monika Vic.

It would seem that Dr Lodewicus (Vic) Du Plessis has previously had an opportunity to have his day in court. Not that it did him or his client any good (you guessed it another ACC styled insurance company) with the appellant court judge giving the “hard working” Doctors “professional opinions” a caning before awarding the victim of another of his so called specialist reports (yet another appellant) in excess of 115’000.00 Rand in compensation:

Dr Du Plessis has had at least one day in court already – A South African Court that is!

The respondent contended that there was documentary evidence forming part of the record which showed that the appellant suffered “a collapse” and a “syncopal episode” in May 1991. Dr Lengane certified that he examined the appellant on 6 May 1991. The nature of his illness was described as “hypertension – led to collapse”.

The appellant underwent two brain scans, an ordinary Cat-scan and a Magnetic Resonance Imaging or MRI-scan. There was no evidence according to Dr Zwonnikoff of any form of stroke in either of the two scans done on the appellant. He was of the view that if the appellant had suffered a stroke severe enough to cause weakness the incidence of a positive scan was in excess of 90% on an MRI-scan.

31. Dr Du Plessis agreed that if one postulated multiple strokes they would more likely have shown on a scan than a concussive injury. The respondent relied on the evidence of Mrs Painter in support of its contention that the appellant’s brain damage was focal and that his disabilities were therefore probably a consequence of a stroke or strokes.

Neither of the two Neuro-psychologists could however indicate with any measure of certainty whether the appellant’s problems were the result of one or more strokes or a traumatic head injury.

32. The court a quo accordingly found it impossible to decide on a balance of probabilities which of the
Neuro-psychologists’s theories was the correct one. I have the same difficulty in deciding this aspect of the case on the probabilities.

“It must be borne in mind that a stroke can give you cognitive impairment just as much as a head injury can. So I have got no problem that there is cognitive and/or neurophysical problems that led to his laying off. My problem is that looking through the records that were made available to me it was my understanding of those records that the problem did not arise as a consequence of the head injury but as a consequence of the incident in October 1991.”

The learned trial judge then pointed out to him that there was evidence from the appellant’s fellow workers that when he came back to work after the collision he was not able to function as before, and Dr Du Plessis thereupon acknowledged that he was not aware of such evidence.

33. In the course of cross-examination Dr Du Plessis made the following significant concession in this connection:

“….if the weakness was there before this whole thing [the October 1991 incident] started and it was there after the accident, then obviously the weakness is related to the accident and I have never
denied that if there is evidence, that there is a weakness from
the day of the accident, that that must then be the cause. But the information that was available to me did not indicate that….”

Dr Du Plessis further conceded that if there was reliable evidence of a real change in performance by the appellant after the collision:

“then one must accept that something else – that the head injury must have been more severe than anticipated initially.”

I have indicated above that there was indeed credible and reliable evidence of Dr Keikelame, the appellant’s wife, Mr Duursema and other lay witnesses to the effect that the appellant not only complained of weakness shortly after the accident, but also displayed actual weakness and loss of memory.

The evidence of the appellant’s weakness and his inability to cope with his work shortly after the collision no doubt lends support to his case that his disability was caused by the head injury sustained in the collision. The respondent’s expert, Dr Du Plessis, in effect conceded that such evidence would show that the weakness was related to the accident.

35. I therefore agree with counsel’s submission on behalf of the appellant that the temporal coincidence between the collision on the one hand and the onset of the appellant’s inability to cope with his work on the other hand created an inescapable probability of cause and effect. 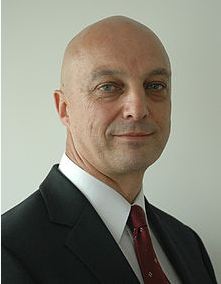 South African national, also worked in Canada, Rehabilitation Medicine & Neurology, 600-1000 assessments over 2 years (between 2010 and 2011) he worked on average over 2 days/fortnight, earning between $600,000 – $1,000,000 + GST, whilst maintaining his full time permanent position with the Otago District Health Board working 30 hours/week.